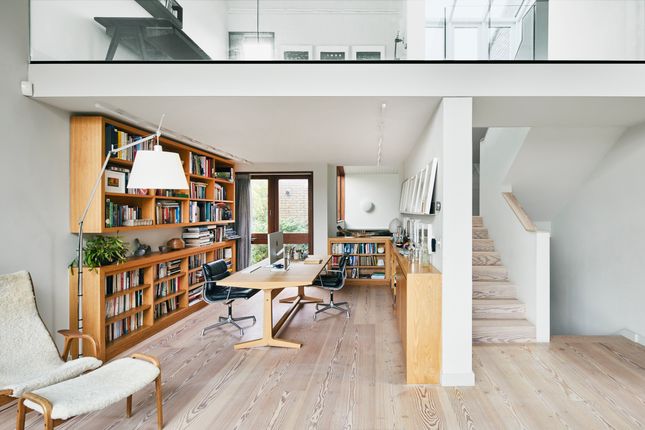 This exceptional four-bedroom detached house, with off-street parking and a separate garage, occupies perhaps the finest position on West Hill Park, with a beautifully landscaped private garden bordering the open greenery of Hampstead Heath. It was designed by the architect Ted Levy in the mid-1970s and combines light-filled lateral spaces with wonderfully incorporated private outdoor spaces in a discreet and tranquil setting. Internally, the house exceeds 3,250 sq ft across three principal levels and has undergone a comprehensive and incredibly sensitive refurbishment by the current owners, led by riba award-winning architect Lisa Shell.

West Hill Park is a private gated estate built in the 1970s to a design by Ted Levy Benjamin & Partners. Part of the Highgate Conservation area, the original character and appearance of the estate has been well preserved since it was built. Rendered near invisible from the surrounding public spaces, the estate was thoughtfully designed in such a way that it is screened by the surrounding terrain and greenery.

The practice designed a number of developments and one-off houses in north London throughout the ’70s and early ‘80s. Usually built in red brick, with timber-framed windows and pitched roofs, they are notable for their clever harnessing of natural light.

The house is entered via an intimate lobby containing a guest WC and utility room. This, in turn, opens to a dramatic double-height atrium lit from high-level gable windows and through the voids of galleries above. To the left, through a glazed door, lies the open-plan kitchen and dining room with glazed sliding doors opening onto a courtyard space for external dining. The renovation has included, among other upgrades, the addition of polished concrete floors across the ground level, douglas fir on the upper levels and masses of exquisite Iroko joinery throughout, from the window and door frames to window reveals. The kitchen worktops and splashbacks have also been carved from Iroko and are paired with sleek grey cabinetry and appliances by Gaggenau.

Douglas fir steps lead up a split level to a spectacular living room and library with soaring vaulted ceilings, which are wired for speakers, and glazing in several aspects providing masses of light and foliage-filled backdrops at each turn. A wood-burning stove is set behind a basalt surround. From the library, which is also used as a study, there are glazed sliding doors onto a living terrace with views across the Heath’s treetops.

The entirety of the second floor is given to the main bedroom, from which full-height glazing opens onto a west-facing terrace. A concealed door opens stealthily through a wall of Iroko cabinetry and into the en-suite bathroom, where basalt is used on the floors and for basins. Adjacent to this is a mezzanine with a gallery overlooking the void of the library.

There are a further three bedrooms at rear garden level, two with full-height glazing opening onto the terraced garden, and with two bathrooms between them. There is also a sizeable cinema room with concealed speakers, which could be used as a fifth bedroom.

The house enjoys a large and incredibly private plot in the quietly removed southern corner of West Hill Park. Patios surround the house and are incorporated into its plan in the form of versatile terraces. One such is adjacent to the garage and has been used by the family for sports. The rear garden, onto which the lower level bedrooms open, has undergone a stunning redesign. Granite-sett pathways lead past the meandering lawns, which tumble towards the Heath alongside stepped beds of varied grasses, acers, fruit trees, silver birch and climbing roses. It is also worth noting that the garage is wired for electric charging.

West Hill Park occupies a fantastic position on the edge of Hampstead Heath. The Heath offers freshwater swimming year-round in the nearby men’s and ladies’ Bathing Ponds and some of London’s most beautiful woodland walks. In addition to elevated views of the city from Parliament Hill, there are tennis courts, cafes and Kenwood House, a wonderful 17th-century country house and gallery.

Highgate Village is nearby and has a wide variety of shops, cafes, pubs and restaurants. The area is home to some of London’s best independent schools, including Highgate School, Channing School and St Michael’s Primary. Swains Lane and its wonderful array of shops are also easily reached, including Bourne’s Fishmongers, Fam Greengrocers, Primrose Hill Butchers and Gail’s.

The Northern Line at Highgate provides direct access to King’s Cross, the West End and the City, and there are convenient road links to the A1, leading to the M1, A406 and M25. 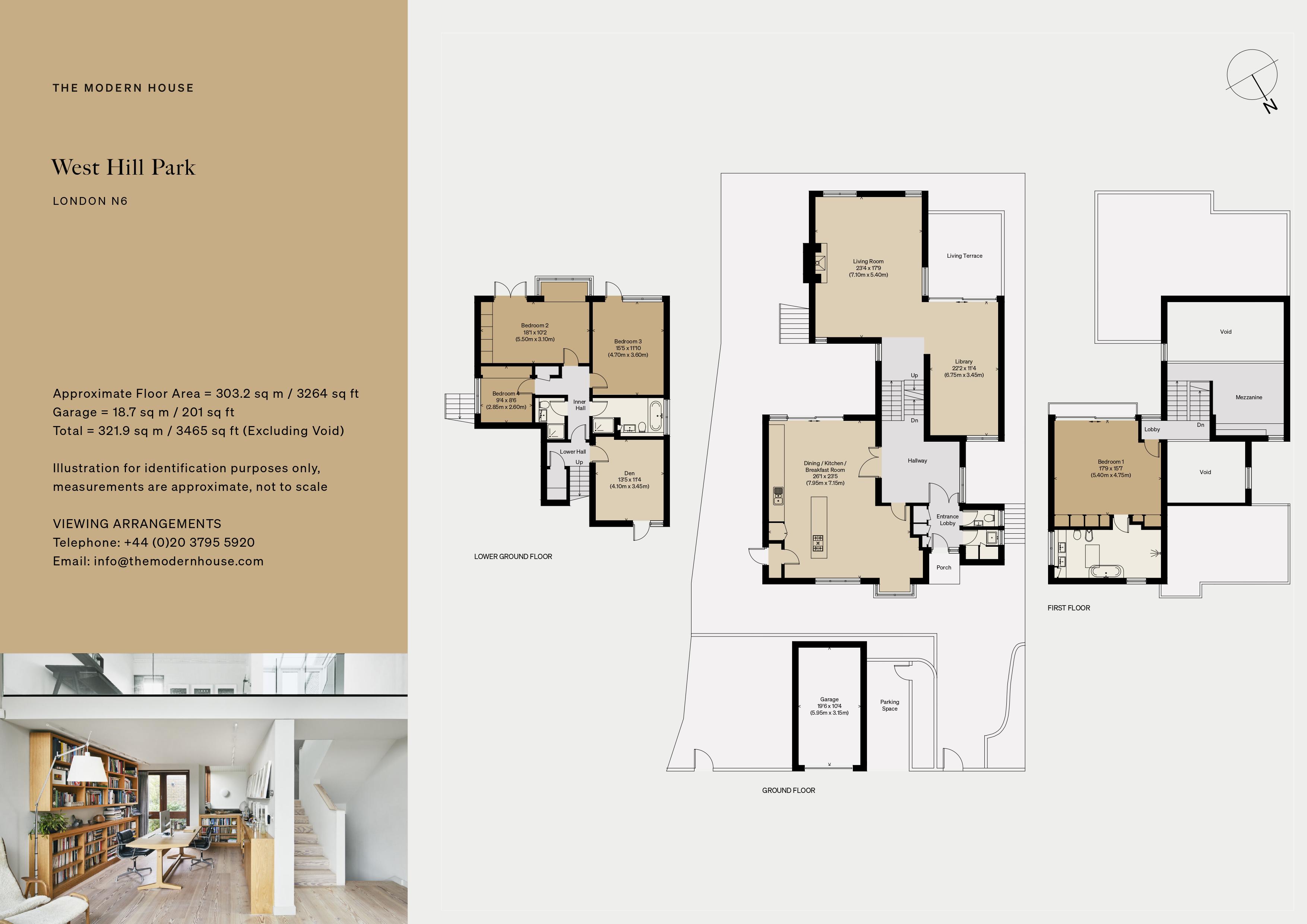 View all N6 properties for sale

View all N6 properties for sale

See all recent sales in N6