"We have been living here on Falcondale Road since April 2006 when we fully refurbished the house with a new kitchen and utility room, and the lounge was extended.
While we have been here we have loved the quietness of the area, even though the road can be busy at times the house being set back away from the road gives us the space, and quietness we have enjoyed, for all these years. We have had our grandchildren visit many times during the years and they love staying, the space they have in the garden for them and their dog has been so beneficial for them and our family gatherings.

Both neighbours have been pleasant, and friendly. Next door we have Mary and John one side and a lovely family the other side who have been so accommodating when in 2021 we had parties for both our sons’ weddings. Further down we have Valerie who has become a firm friend of ours!

The house had a lot of 1930s wooden panelling features in the hallway, an original fireplace and a stained glass window on the landing. The garden has been designed by a professional landscape gardener and we really enjoy the space it offers as well as the storage offered by the garage and shed."

This house is situated on the upper end of Falcondale Road, close to the ‘Downs Cote’ section of houses, very close to where Westbury-on-Trym becomes Henleaze. Westbury-on-Trym is a quaint suburb which is steeped in history, once the site of an early medieval monastery, with a church originally built in 1194 still prominent in the village, around which sit several Grade Two listed cottages and old ecclesiastical college buildings. There are a range of homes from various era's in the area creating a popular suburb where residents tend to stay for some time. Local schools also further enhance the appeal of this area. Within the nearby centre of Westbury-on-Trym, there are several cafes and restaurants, including Grupo Lounge, The Mouse and the Post Office Tavern, whilst a short walk away are also the shops, cafés and of Henleaze Road and the Eastfield Inn. A benefit of this area is the amount of employment in the area, including Southmead Hospital and Airbus, with several buses also running bringing both the City Centre and Cribbs Causeway within easy reach. Within striking distance from the house are several expansive green areas, with long walks to help get away from city life, especially within Blaise Caste but the walks of Badocks Woods are also not far, whilst The Downs is also just a short trip away. Westbury-on-Trym is well suited for those who work in Bristol and require access to the motorway, with both Bristol City Centre and the M5 motorway around ten minutes away by car. Bristol Parkway Train Station is also just a short journey away.

Measuring in excess of 200 square metres and arranges over three stories is this detached family home. The home is situated on a large plot allowing for parking for several cars, a substantial garage and an impressive rear garden with a south-westerly aspect. The house has several fantastic traditional features such as wooden panelling and a fireplace within the hallway, which balance beautifully with modern improvements, such as the spacious loft conversion, built within the last two years. This loft conversion has now given the house five bedrooms, four of which are doubles, along with two bathrooms and a downstairs WC. On the ground floor, there are also four reception spaces, a kitchen and a utility room, with the two interconnecting rear reception rooms particularly impressive; a fantastic space for family gatherings or for entertaining. The size of the plot and its garage also gives its new owners the potential to develop further should they wish. 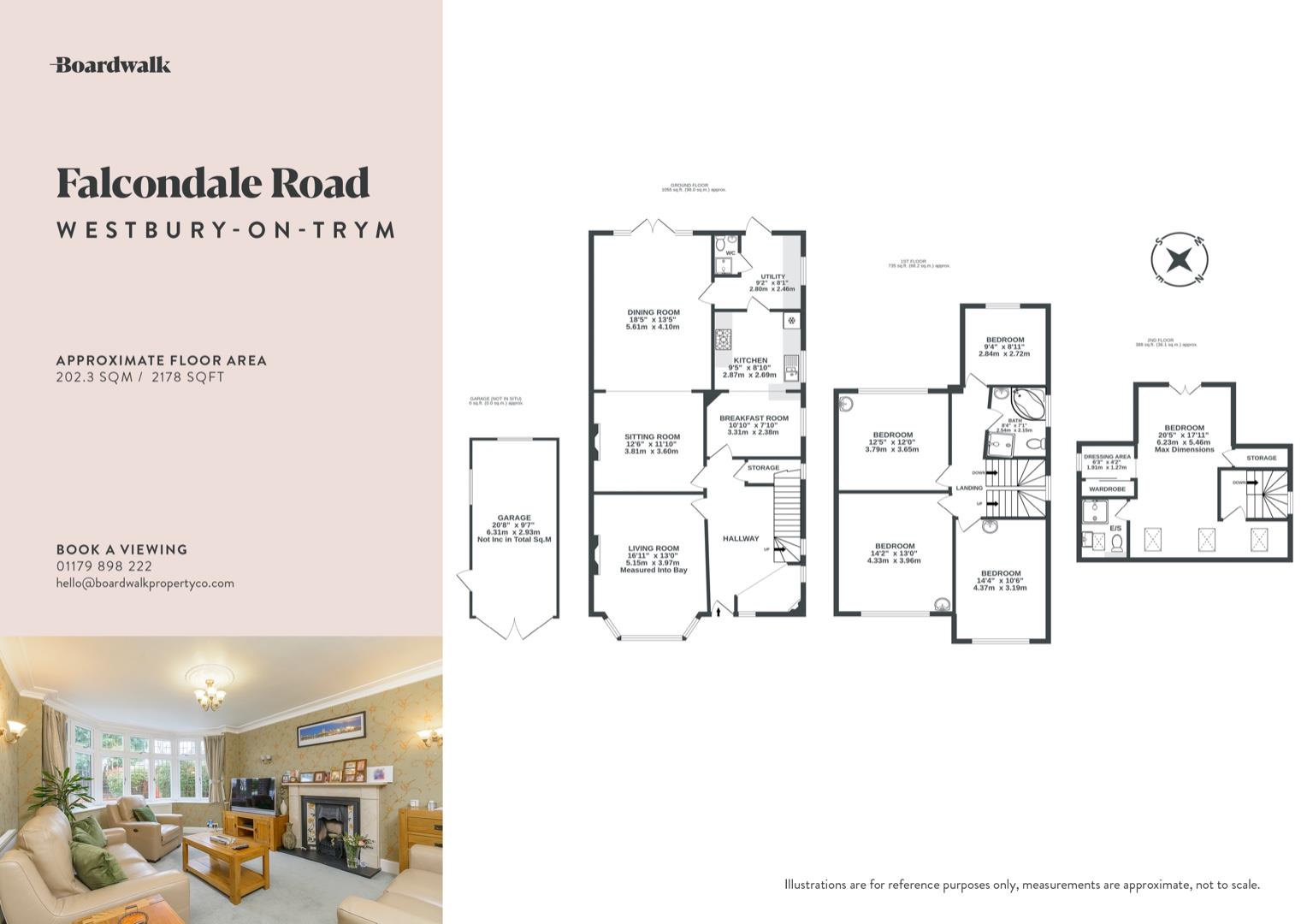 Property descriptions and related information displayed on this page, with the exclusion of Running Costs data, are marketing materials provided by Boardwalk Property Co, and do not constitute property particulars. Please contact Boardwalk Property Co for full details and further information. The Running Costs data displayed on this page are provided by PrimeLocation to give an indication of potential running costs based on various data sources. PrimeLocation does not warrant or accept any responsibility for the accuracy or completeness of the property descriptions, related information or Running Costs data provided here.

See all recent sales in BS9