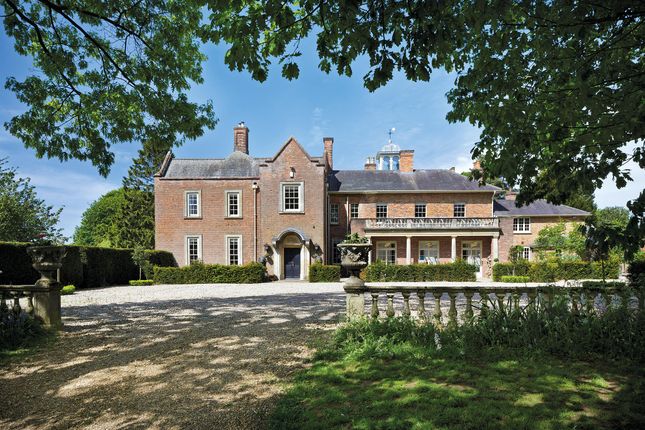 This hidden gem has been constantly updated and maintained, it now comprises beautifully presented accommodation with the juxtaposition of historic and contemporary features. The private drive leads you through the parkland, along a tree-lined avenue before reaching the house providing complete privacy. The main house invokes charm and character, offering a good mix of luxury family living and formal entertaining spaces as well as generous sized bedrooms.

The property includes five reception rooms filled with natural light, three of which are south facing with spectacular views across open countryside and gardens. The reception rooms include a library, drawing room (used by the present owner as an artists' studio), hall sitting room, dining room and billiards room which benefit from extensive attention to detail with highly decorative cornice and ceiling mounts and showcase feature fireplaces. There is also a snug, office, utility room and boot room. At the heart of the house is a large open plan family kitchen, dining area and orangery with skylight windows. The kitchen benefits from a four-door Aga, Miele range-oven, steam oven, plate warmer, 2 dishwashers and a drinks fridge, perfect for entertaining.

The principal bedroom benefits from an en suite bathroom, dressing room and a large balcony with south facing views. Off the principal bedroom there is a large bedroom which could be used as a study/nursery or larger dressing room. There are further well-proportioned bedrooms including three bedroom suites and 3 further bedrooms and a family bathroom. All of the bedrooms benefit from beautiful aspects either over the gardens or the church and are flooded with natural light. There is a one bedroom flat which can be found on the first floor which is in need of upgrading but would suit a nanny flat or staff accommodation. The second floor houses two cosy box rooms which could be used as additional accommodation.

Aswardby Hall is approached via an avenue of lime trees and sits in 12 acres of parkland. The house is surrounded by gardens on all sides, with landscaping and planting to the East and North designed by 6-time Chelsea Flower Show Gold medal winner and bbc Gardeners Question Time contributor, Bunny Guinness. The courtyard is landscaped with York stone and planted with yew hedging and specimen holm oak. The south terrace, with a pond and mature trees, is bounded by a ha-ha and has uninterrupted views across open countryside. The West garden has lawns surrounded by yew hedging and classical sculptures, bounded by an oriental garden and pond with woodland walk. The box-hedged walled garden to the North is planted with wildflowers and quince and almond trees. The parkland boasts a large lake and a six hole golf course which could be reinstated.

Aswardby Hall is nestled in the Lincolnshire Wolds, an Area of Outstanding Natural Beauty, and enjoys an idyllic countryside setting. The nearby market towns of Louth, Spilsby, Alford and Horncastle are easily accessible and offer a range of amenities including schools, shops and public houses. Further facilities can be found in the market town of Louth and the historic city of Lincoln. The train station in Boston provides access to Nottingham in around 90 minutes. There is access to the national road network from the A158 or the A16 which gives access to the A1 (M) north and south. The nearby beach at Anderby Creek, north of Skegness can be reached in 20 minutes and nearby public houses include The Leagate Inn and the Massingberd Arms. Popular local hunts include the South Wold Hunt and the Brocklesby Hunt. The famous Hotchkin golf course ranked 54th in the world is about twenty minutes away at Woodhall Spa, “home of golf”. Independent schools can be found in Lincoln or further afield both Uppingham and Oakham are within an hour and a half. Queen Elizabeth's Grammar Schools can be found in the nearby towns of Alford and Horncastle. 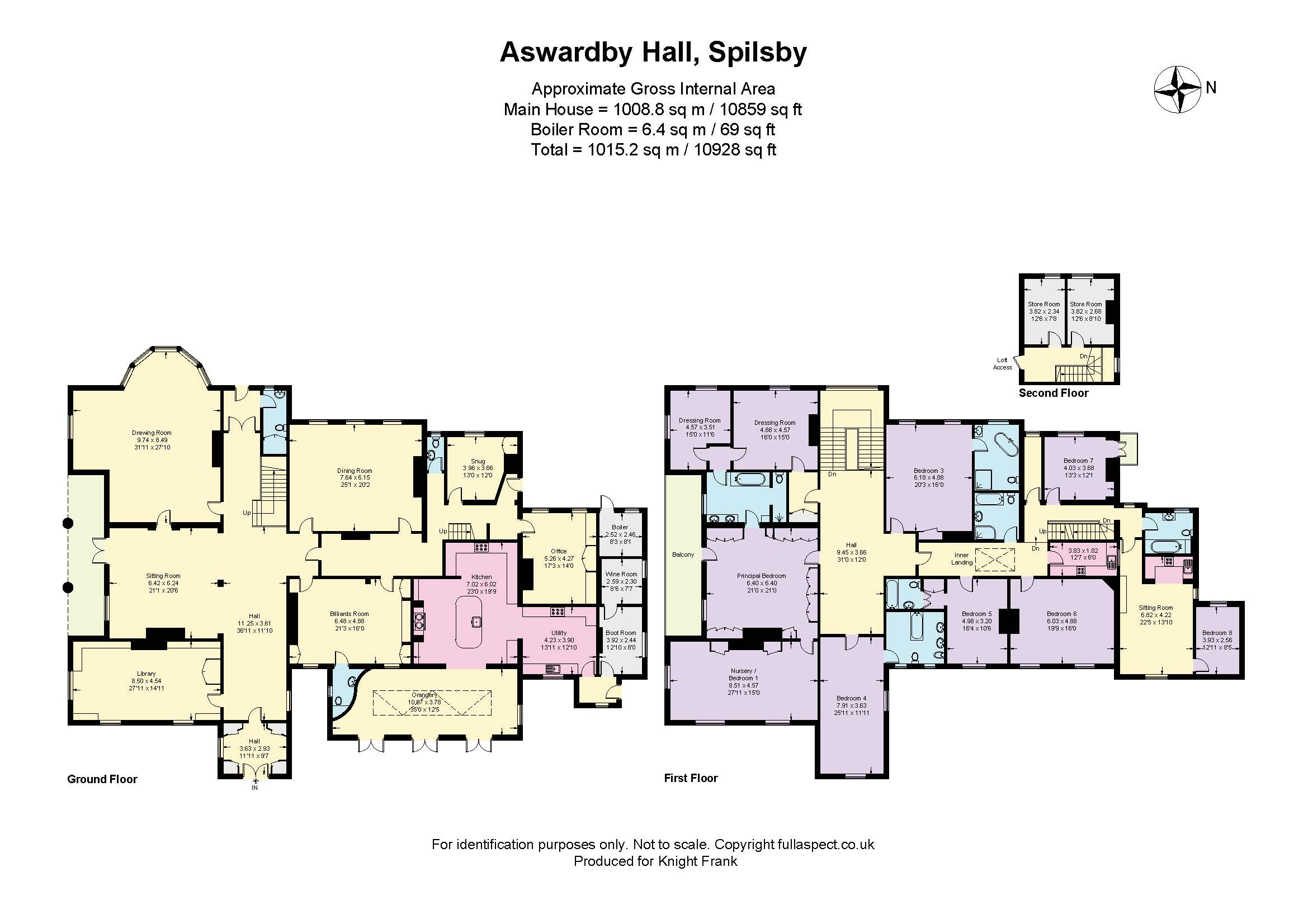 Property descriptions and related information displayed on this page, with the exclusion of Running Costs data, are marketing materials provided by Knight Frank - Country Department Sales, and do not constitute property particulars. Please contact Knight Frank - Country Department Sales for full details and further information. The Running Costs data displayed on this page are provided by PrimeLocation to give an indication of potential running costs based on various data sources. PrimeLocation does not warrant or accept any responsibility for the accuracy or completeness of the property descriptions, related information or Running Costs data provided here.

View all Aswardby properties for sale

View all Aswardby properties for sale

See all recent sales in PE23