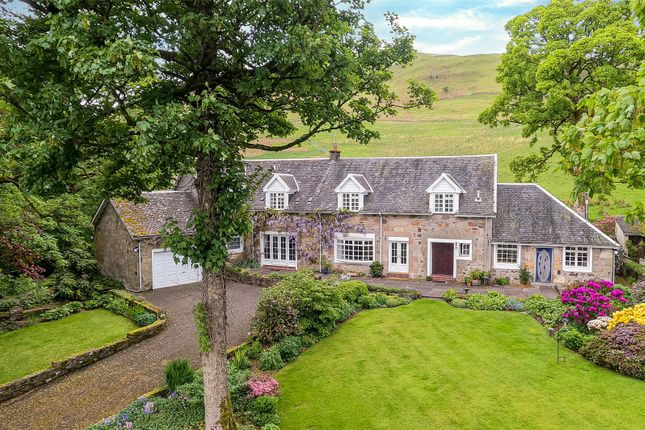 Ballagan Estate has great history, part of it dating as far back as the 12th Century when it was the site of the Earl of Lennox’s Castle.
Within it are The Barn, The Stables, The Cottage, The Lodge, and the original mansion house, Ballagan House, now five sizeable apartments.
The Barn, itself, has a long history and was originally a Cow Shed to the Estate (date stone of 1899 visible at the front) and was then developed into a Cottage and subsequently significantly extended to create the substantial house seen here – a truly delightful country property in a wonderful situation at the very foothills of The Campsie Fells and, in particular, the famous Spout of Ballagan, a notable waterfall that runs through the Ballagan Glen (noted for its spectacular geological strata and ancient woodland, and managed by The Scottish Wildlife Trust). Quite a location yet just on the outskirts of Strathblane Village.
The Barn has immediate formal grounds that are beautifully planted, and tended, to ensure a burst of colour throughout the spring and summer seasons. It is situated at the very top of the Estate and is at the end of the private drive shared by it and The Cottage, the last section of which is private to the Barn only. To the west of the house stands its Stable Yard with three Stables, Tack Room, and General Store. Beyond this, set on a small paddock, is a small outdoor Arena/School for horses. Most of the land belonging to The Barn is set to the west and the north of the house and is simply hillside grass pasture. Most of it is defined by post and wire fencing but there are some invisible boundaries – our client allowing a neighbouring farm to graze their sheep upon the ground to keep it at bay. Clients can see the extent of the land by visiting The Barn, but it is detailed on the Barn’s Land Register under Title No. STG25020 (), and using their search function.
The property is generous in scale and importantly has a large dining kitchen to provide the very heart to the house. This is impressively equipped with a bespoke fitted kitchen by The Newcastle Furniture Company and includes an Aga. Two of the five bedrooms have en-suites, the others serviced by two further bathrooms (one on the ground floor, one on the first floor). A nod to the property’s origins is retained with fine stone walls in the dining room, including a stone trough, and two wall slits to the rear wall of the dining room (would have been for ventilation, now a glazed feature). In the lounge is a stone fireplace wall into which is set the luxury of a wood burning stove by Morso. Central heating is an oil system with a modern Worcester Greenstar system boiler. Most windows are double glazed, and timber framed. Only the French doors/screens in the dining room and lounge along with the ground floor bathroom are UPVc framed. Drainage is private, to a septic tank.
The Barn at Ballagan was last on the market in 2004 so this is a rare chance to acquire it and secure delightful country living.
Summarising, the subjects comprise:

Vestibule; a large Dining Room Hall with the exposed stone walls; Lounge with aspects to front and rear; Conservatory – by Cairns, hardwood framed above block coursework to sill level and with a glass roof; Kitchen – handmade cabinetry and with solid beech worktops plus granite surfaces at either side of the Aga. The Aga has four ovens, two hobs and a warming plate. There is a very useful corner larder cabinet. Other appliances that will be included in the sale are the dishwasher, washing machine, tumble dryer, fridge, and freezer. The Kitchen has a high vaulted ceiling, with three Velux roof lights, windows to the front and rear and door to the front terrace of the house; two large Double Bedrooms (Bedrooms 4 and 5); Bathroom, with wild sage coloured suite and with an electric Triton shower set over the bath; WC (white suite).

Outwith The Barn’s own gardens there is an all-weather Tennis Court, just to the south of the Old Walled Garden, which can be used by any residents of Ballagan. Beside this is ‘The Meadow’, the upkeep of which is shared. Maintenance of the drive to The Barn is shared on a pro rata basis. All other properties have their own private gardens for which they are responsible.

Ballagan is just 0.6 miles east of the roundabout in Strathblane, at the Kirkhouse Inn. The Barn is at the northwest corner of the Estate, follow the signs for it.
Strathblane sits dramatically at the foothills of The Campsie Fells and despite the delights of its rural location it is just a 10-minute drive to the suburb of Milngavie and the excellent amenities, including a Railway Station, that can be found there. Glasgow’s West End and City Centre would take 30 to 40 minutes. Strathblane Village and its immediate neighbour of Blanefield has a very strong sense of local community with a Village Hall and a soon to be built new Village Library. As well as a Tennis Club it has a Bowling Green, a well-stocked Co-op with Post Office, and a General Store. The local Hotel with Pub is the Kirkhouse Inn and in Blanefield is Wilson’s Coffee Shop and Delicatessen.
For more information on the history of Ballagan, clients may find the following link an interesting read

Sat nav ref: G63 9AE. On entering the Estate, at The Lodge, follow the drive to the left(west) and follow the sign for The Barn. It sits at the end of the drive, past The Cottage. 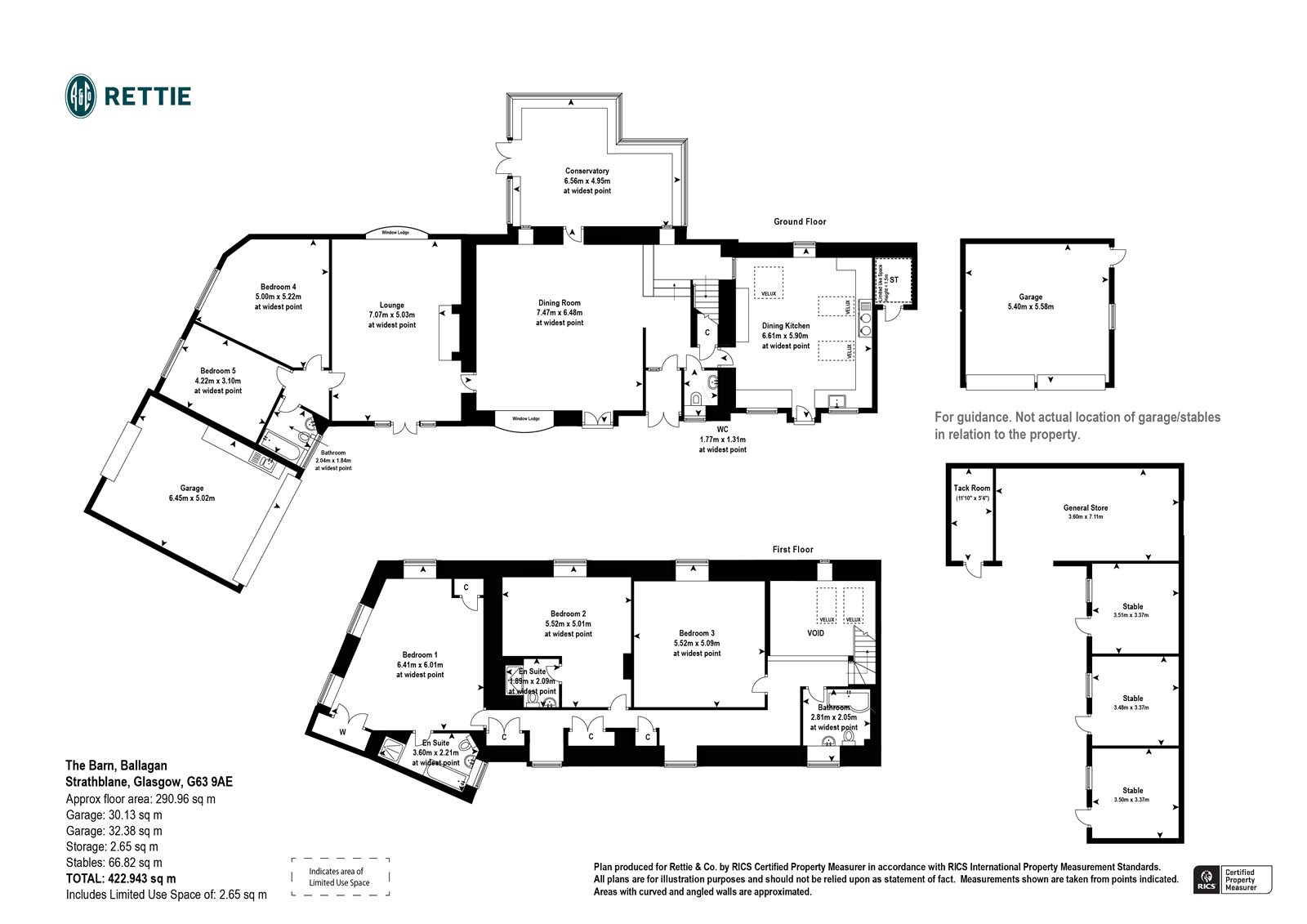 Property descriptions and related information displayed on this page, with the exclusion of Running Costs data, are marketing materials provided by Rettie & Co - Bearsden, and do not constitute property particulars. Please contact Rettie & Co - Bearsden for full details and further information. The Running Costs data displayed on this page are provided by PrimeLocation to give an indication of potential running costs based on various data sources. PrimeLocation does not warrant or accept any responsibility for the accuracy or completeness of the property descriptions, related information or Running Costs data provided here.

View all Strathblane properties for sale

View all Strathblane properties for sale

See all recent sales in G63