Property for sale in The Street, South Walsham, Norwich NR13 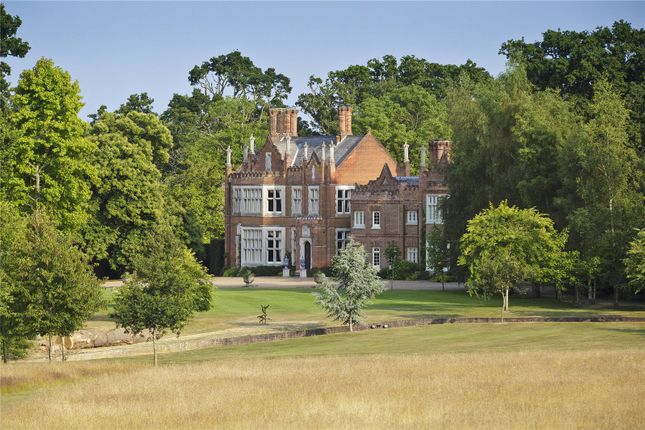 A historic country house in wonderful grounds of about 25 acres.

More extensive local amenities can be found in the market town of Acle (3 miles), with supermarkets, gp surgery, independent shops, cafes and education for all ages. The cathedral city of Norwich is about 9 miles to the west of the Hall, with thriving retail, cultural and business sectors alongside private and state education for all ages and the University of East Anglia. The city has a international airport, and a direct line rail service to London Liverpool Street.

The Property
South Walsham Hall is a historic and impressive country house. The house stands well with outstanding views over extensive grounds and parkland to the north-west and with south facing formal gardens to the south.

It is thought that the house has occupied the site for about 800 years. The present house was likely begun in the Elizabethan era (circa 1575) and it is believed the oldest part forms the central core of the drawing room and the dining room to the south. Significant alterations and additions were made in the latter part of the 19th century to great effect. In 1947, the house and estate were acquired by Major Henry Broughton (later Lord Fairhaven) and extensive work was carried out. It was Lord Fairhaven who installed the magnificent staircase, designed by Daniel Marot in 1693. It was made from the timbers of hms Britannia, flagship of Admiral Russell who led the British fleet to victory at the Battle of La Hogue in 1692 . The staircase formed the chief feature of Admiral Russell‘s house in Covent Garden in London before it was taken down and stored in 1932 finally being installed at South Walsham Hall in 1962.

A very keen gardener, Lord Fairhaven created the renowned water Gardens which adjoin the estate to the north and east and are owned and operated by a trust created when the Fairhaven family sold the hall in 1975.

The current owners acquired South Walsham Hall in 2001 and immediately began a major program of restoration and refurbishment. Significant work was carried out including rewiring, new plumbing and heating installations, the provision of new bathrooms and a superb Bryan Turner custom-built kitchen. In addition re-moulded plasterwork was installed by Stevensons of Norwich and a beautiful library created with superb quality hand built joinery from oak on the estate.

The house has fine rooms throughout, with grandeur but also comfort, with many taking in wonderful views of the grounds. Of particular note is the drawing room with large bay window and fireplaces at either end of the room, the dining room opening out to the parterre, a substantial orangery and further rooms including the billiard room, library, the impressive first floor drawing room and cellar. Unusually the house is not listed, giving scope for buyers to alter internal arrangements to suit specific requirements.

Garden and grounds
The Hall enjoys about 25 acres of exceptional gardens and grounds, approached over the main drive lined by Yew topiary, herbaceous borders, and banks of rhododendrons before opening out to the lawns sweeping down to the lake. The drive arrives at the front of the house and continues round to the rear and onwards to the outbuildings. There is a second drive and entrance leading to the courtyard and outbuildings. The grounds as a whole have been sympathetically landscaped and restored to create many points of interest throughout, with great attention to detail.

A theme throughout the formal gardens are the high walls providing the perfect framework for a series of gardens, much of which are designed by Verity Hanson Smith. One leads to another, with a fabulous south facing parterre, from which the orangery, dining room and kitchen all have access into, leading onto the knot garden stocked with a pleasing blend of roses, sedums, peonies and lavender. Well stocked herbaceous borders adjoin all walls, with trained roses, espaliered fruit and wisteria adorning the brickwork throughout. Within the walled gardens are the hard tennis court, with distinctive rosemary hedge along one side, the heated swimming pool with electric cover and pool house and a charming thatched summer house. To the south of the formal gardens is a large courtyard, hosting many of the outbuildings alongside a substantial greenhouse, kitchen garden and fruit cages.

The expansive grounds to the north of the house are mainly lawn, sweeping down to the lake and water gardens which have been diligently cleared and restored to create a wonderful area to enjoy, with paths and bridges meandering through the trees and amongst the wildlife.

To the north-west a ha-ha divides the lawns from the park, which stretch away from the house, with a belt of native broadleaf woodland on either side and opening out to farmland beyond with some wonderful oaks on the boundary. The current owners have carried out extensive tree planting during their custodianship.

Outbuildings and Cottages
The Hall has an extensive range of traditional outbuildings totalling about 6500 square feet, all within the walled grounds to the south of the house. These include garaging, open fronted garaging, storage rooms and machinery barn. A workshop/studio stands alone, looking out to the walled garden and of two floors. 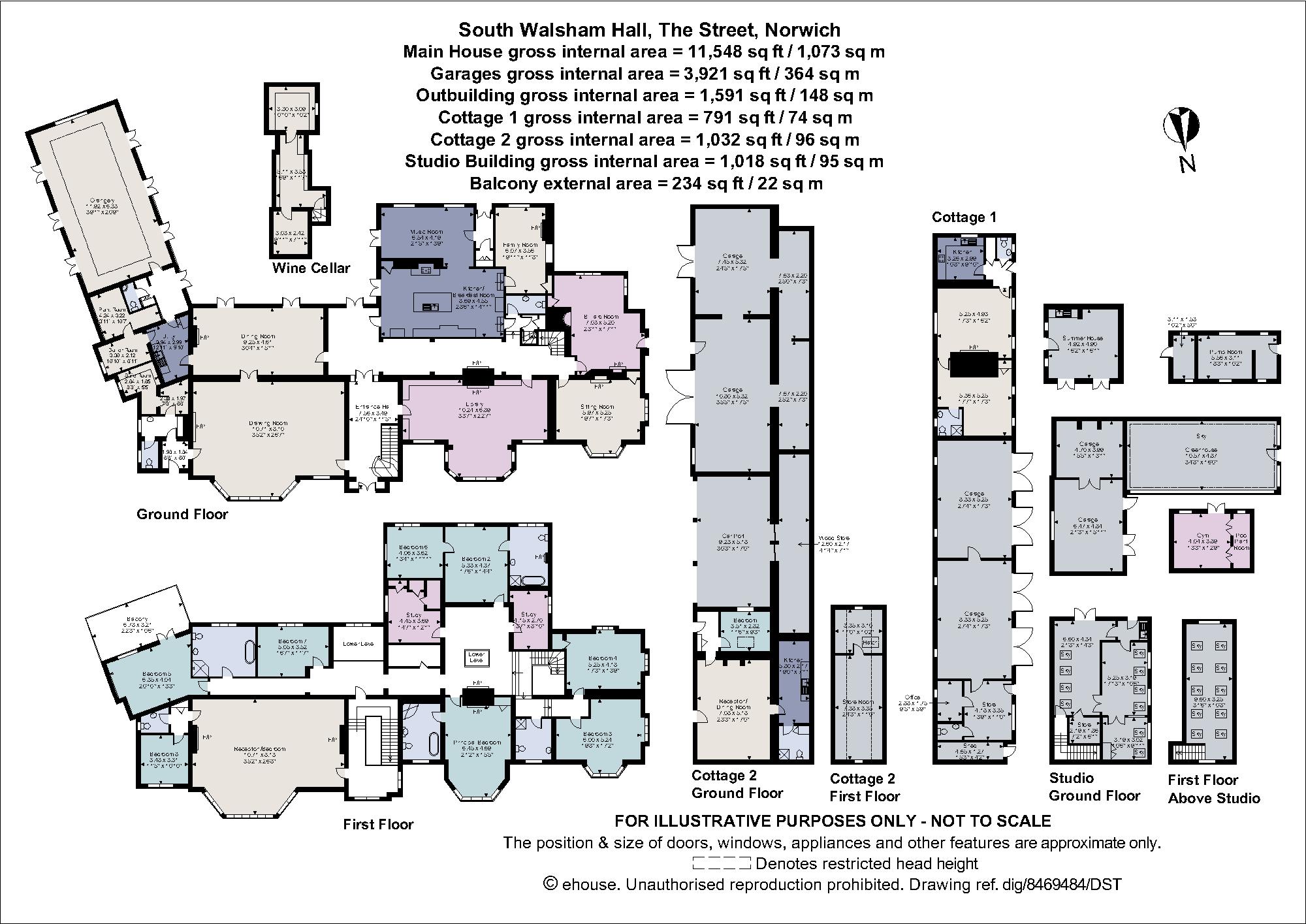 Property descriptions and related information displayed on this page, with the exclusion of Running Costs data, are marketing materials provided by Savills - Norwich, and do not constitute property particulars. Please contact Savills - Norwich for full details and further information. The Running Costs data displayed on this page are provided by PrimeLocation to give an indication of potential running costs based on various data sources. PrimeLocation does not warrant or accept any responsibility for the accuracy or completeness of the property descriptions, related information or Running Costs data provided here.

View all The Street properties for sale

View all The Street properties for sale

See all recent sales in NR13