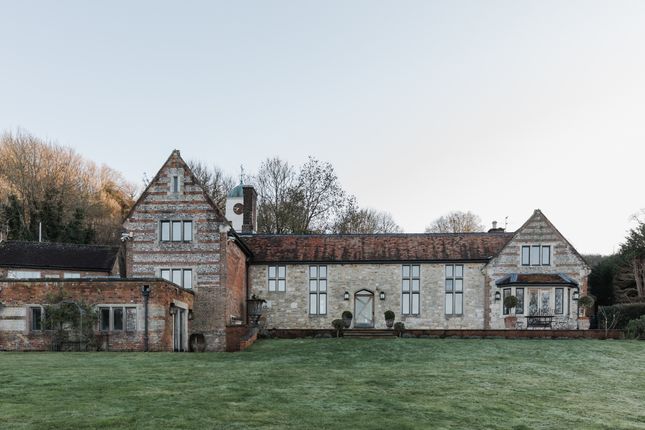 This elegant seven-bedroom house, with artists’ studios, coach house and cottage, is set within approximately 17 acres of exquisite, private gardens, meadows and lakes within the Dorset Area of Outstanding Natural Beauty. Once the home of the sculptor Dame Elisabeth Frink ra, it has been the subject of a recent restoration, completed by acclaimed builders R Moulding & Co.

The house can be approached via separate driveways and is entered through a beautiful cobbled courtyard, with a fountain at its centre and one open side. A contemporary, glazed atrium, designed by the architect Simon Morray-Jones, provides a walkway to the front entrance, offering incredible views through the house to the rolling gardens and fields beyond.

The house beautifully combines classical and late-medieval elements with a Dorset vernacular of stone, red brick and flint. At its centre is a double-height hall with vaulted, cathedral ceilings and hardwood-parquet flooring. This moves into the western wing and an open-plan kitchen, arranged around an island with an Aga, a larder, a breakfast area, and glazed double doors to the dramatic rear terrace. Also within this wing is a large drawing room, a study and a utility room.

There are two bedrooms on the ground floor, along with two bathrooms, and four further bedrooms on the first floor, with three bathrooms between them. The Coach House is positioned on the eastern side of the house and provides self-contained one-bedroom accommodation over two levels. A separate annexe is arranged over two levels and is separated into two one-bedroom apartments.

Elisabeth Frink’s main studio is set apart from the house and offers an enormous amount of versatile space over two levels. A second studio was dismantled, moved, restored and reconstructed in the Tithe barn of Messums Gallery in Tisbury. The reconstructed studio featured in an exhibition of her work focusing on original plaster casts in 2019, some of which remain on display in and around the house.

The grounds are stunning, with a swimming pool and trails through tropical-planted woodland and open, green spaces dotted with giant redwoods and cedars of Lebanon. At the base of the gardens is a lake stocked with rainbow and brown trout, and closer to the main house there is a six-box stable and an Olympic-sized manège.

Woolland House is located in the village of Woolland, approximately 12 miles to the west of Blandford Forum, a beautiful Georgian market town on the banks of the River Stour. Bladford Forum offers several supermarkets, including a Marks and Spencer and a number of good pubs and restaurants in and around the town.

There are several highly regarded schools in the area such as Bryanston, Sherborne and Canford. And prep schools like Port Regis, Knighton House and Clayesmore to name a few.

The A31 can be joined at Wimborne and provides a route to London and the Home Counties along the M27/M3. A regular railway service is available from Poole and Salisbury to London Waterloo. 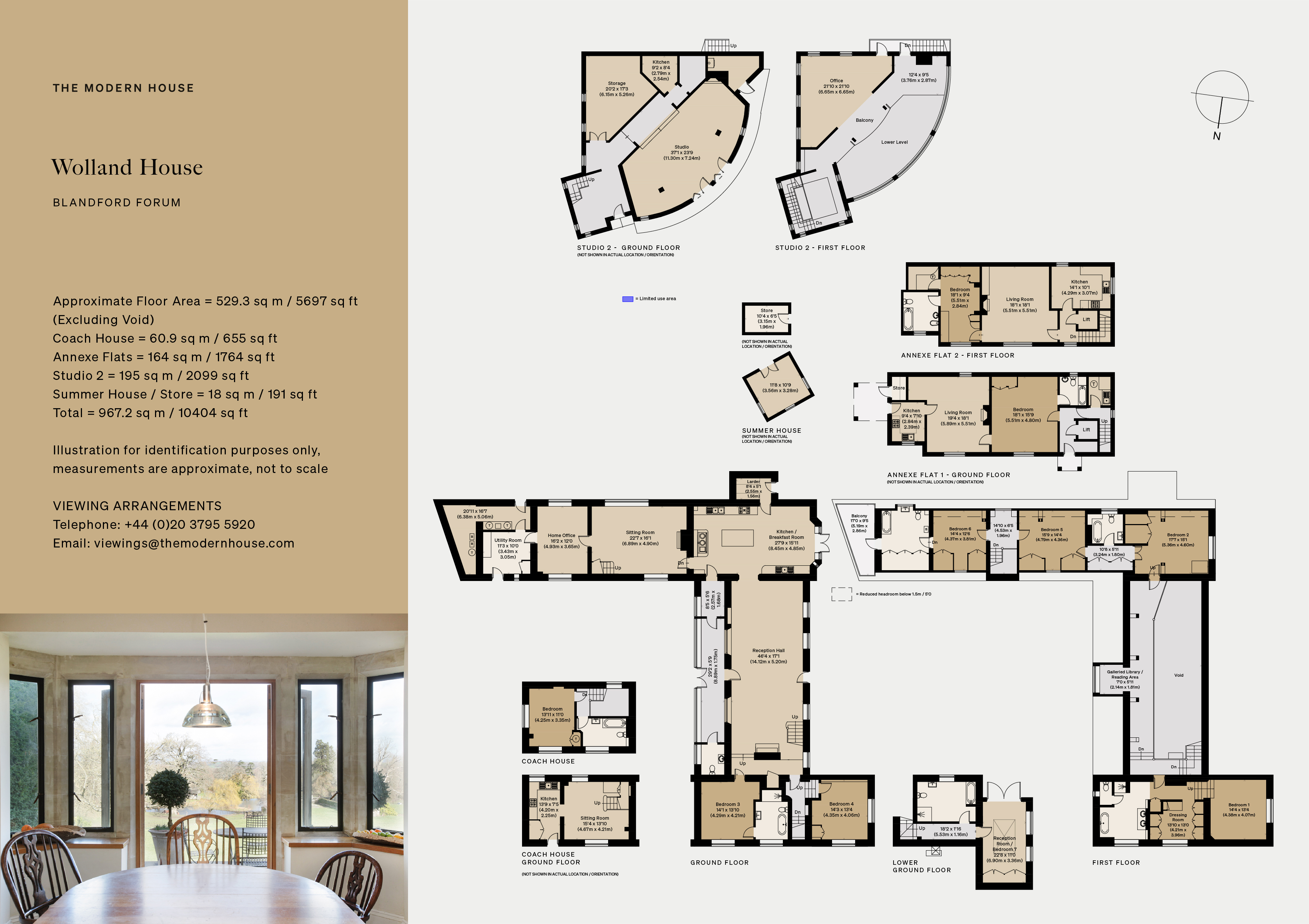 View all Woolland properties for sale

View all Woolland properties for sale

See all recent sales in DT11