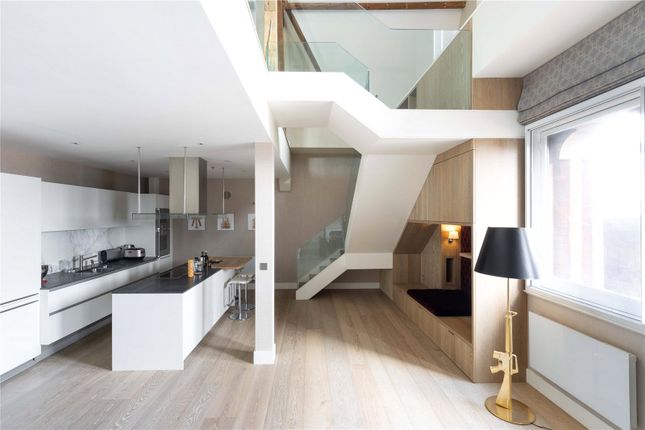 A relic of Victorian architecture that began life in 1873, the landmark Grade i-listed St. Pancras Chambers sits at the gateway to the Continent. With its arched redbrick façade and theatre of arches, canopies, pinnacles, and spires, the tell-tale touches of prolific Gothic-revival architect Sir George Gilbert Scott are hard to miss. Carved into its rafters? A contemporary three-bedroom penthouse, updated with modern luxuries by Thomas Griem of tg Studios. Beyond the building’s marble columns, a lift in the stately entrance hall takes you to the fifth-floor apartment. A spectacle of cross-hatched Victorian beams set against triple-height rose windows and 44ft high ceilings impress in seconds. The property is divided across three levels, each visible from the entrance thanks to considerately placed glass balustrades.The almost ethereal light, channelled through the Cathedral-style floor-to-ceiling windows are best enjoyed from the ground-floor reception room. Think martinis and snooker at golden hour. Descend the cantilevered staircase to the open-plan kitchen and reception room, thoughtfully zoned for cooking, dining and lounging. The Leicht kitchen– fitted with Gaggenau appliances – make light work of mealtimes. Tucked under the staircase, a sumptuous, velvet-lined book nook. A great spot for a page-turner before bed.Past the cusped arches, two spacious bedrooms – and dressing rooms too – make the most of the period blueprint. High ceilings truly soar in the Arabescato marble en-suites, housed within the two Victorian towers. Waking up is easy when showering with panoramas of London’s skyline, from Canary Wharf in the east to the BT Tower in the west. The pièce de resistance of this Renaissance masterpiece? The master suite, which spreads out across the mezzanine. The gallery-like view is exceptional up here. The en-suite, clad in Portuguese Travertine stone and elevated with high-spec 21st mod cons – a sleek oversized shower, a frameless TV and bespoke twin vanity – promise indulgent me-time. Elsewhere, a fully integrated, iPad controlled audio-visual system, discreet built-in storage and a boiling water tap. A smart home in every sense.

St Pancras Chambers is a stone’s throw from the string of stylish boutiques, eateries and bars of Coal Drops Yard. Sample mouth-watering continental dishes on alfresco terraces, explore the weekend market on Lower Stable Street or sift through rails at concept store Wolf & Badger. Reach the canal in ten minutes for a peaceful Sunday morning stroll. Pop by hicce mkt in the afternoon to grab biodynamic wine and artisan nibbles. London is at your doorstep at St Pancras Chambers. Kings Cross Station offers six Underground lines and for globetrotters, regular Eurostar trains to the continent.<br /><br /> 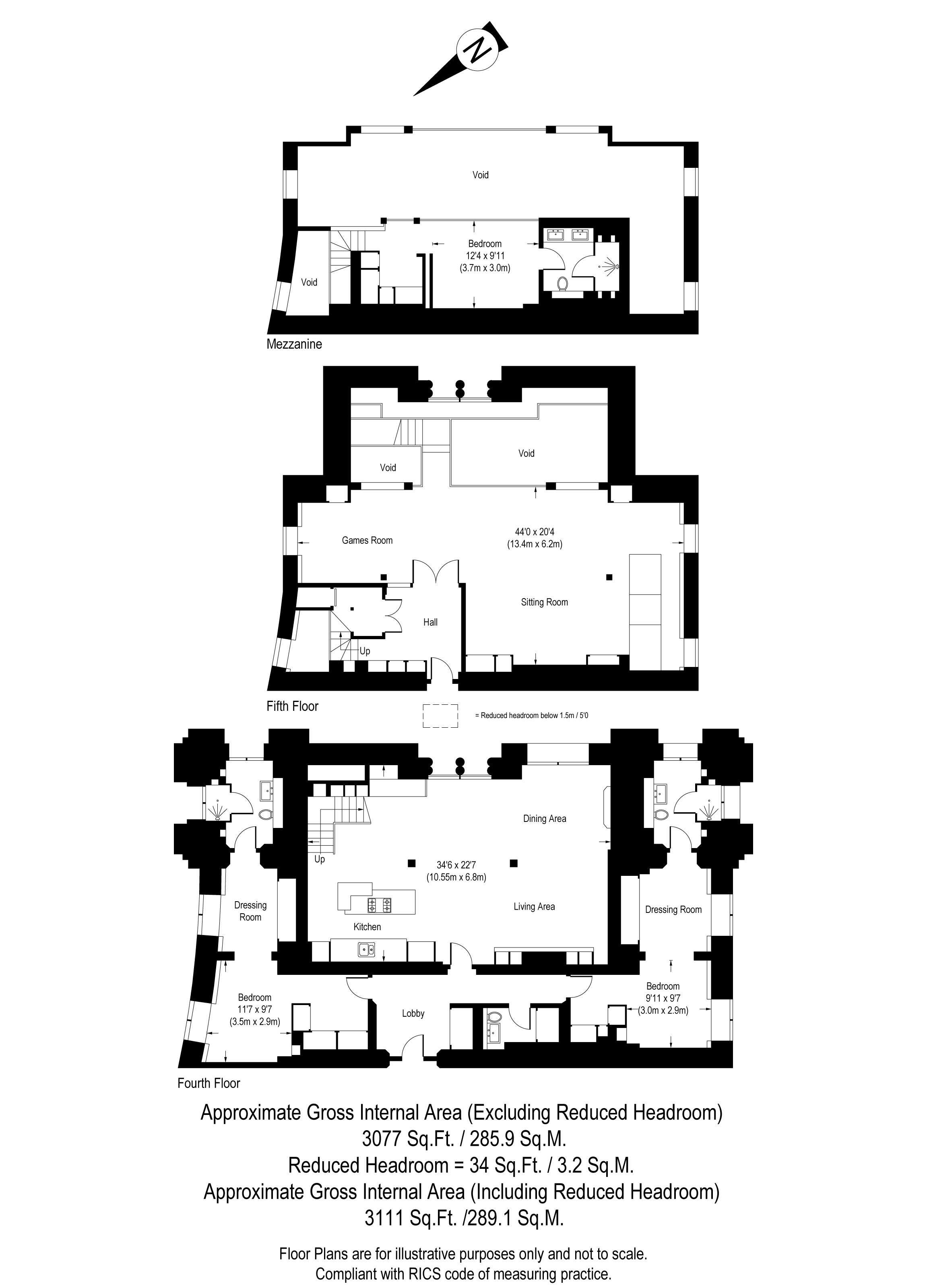 Property descriptions and related information displayed on this page, with the exclusion of Running Costs data, are marketing materials provided by Domus Nova, and do not constitute property particulars. Please contact Domus Nova for full details and further information. The Running Costs data displayed on this page are provided by PrimeLocation to give an indication of potential running costs based on various data sources. PrimeLocation does not warrant or accept any responsibility for the accuracy or completeness of the property descriptions, related information or Running Costs data provided here.

View all NW1 properties to rent

View all NW1 properties to rent