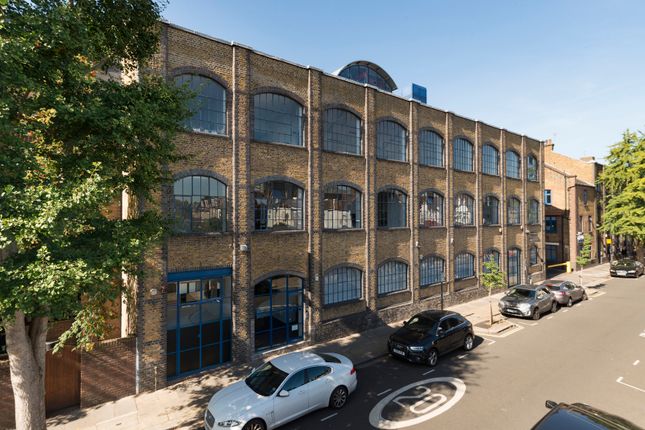 Office accommodation at Thames Wharf Studios is arranged in 4 separate buildings that surround the main courtyard. Converted in 1983 by Richard Rogers in their trademark bold industrial manner, Blocks 1,2 and 3 are in the section of Thames Wharf that was developed and occupied as the architectural headquarters for Richard Rogers, famous for the Pompidou Centre and the Lloyds Building. It comprises a 4-storey building with excellent natural light and stunning Thames views. The ground floor has a double height entrance lobby and the 1st, 2nd and 3rd floors have roof terraces. Completed in 1991, the 2-storey rooftop extension to the office space, shaped like a ‘bread-bin’, was designed by architects Lifschutz Davidson Sandilands who once occupied Thames Wharf and have since relocated to Island Studios, St Peter’s Square.

New lease available from the landlord.

Property descriptions and related information displayed on this page, with the exclusion of Running Costs data, are marketing materials provided by Hanover Green LLP, and do not constitute property particulars. Please contact Hanover Green LLP for full details and further information. The Running Costs data displayed on this page are provided by PrimeLocation to give an indication of potential running costs based on various data sources. PrimeLocation does not warrant or accept any responsibility for the accuracy or completeness of the property descriptions, related information or Running Costs data provided here.