Finca for sale in David, Panama 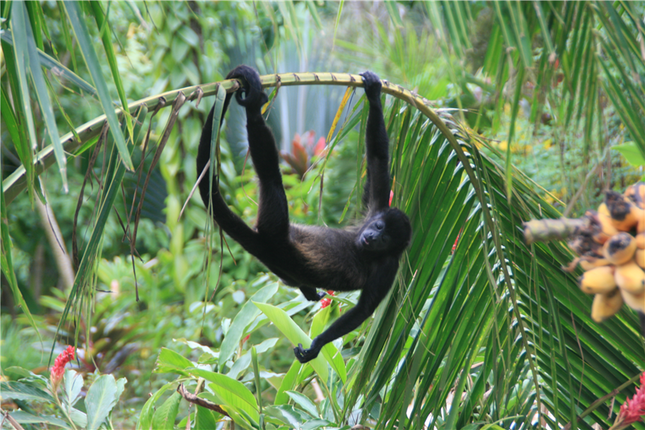 15 hectare Eco property.
This property is located in the Chiriqui Provence.
It is held in a Panamanian corporation and is Titled and will be sold in the corporation.

Chiriqui is a province of Panama located on the western coast; it is the second most developed province in the country, after the Panama Province. Its capital is the city of David. It has a total area of 6,490.9 km2, with a population of 462,056 as of the year 2019. The province of Chiriqui is bordered to the north by the provinces Bocas del Toro and Ngobe-Bugle, to the west by Costa Rica, to the east by the province of Veraguas, and to the south by the Pacific Ocean, specifically the Gulf of Chiriqui.

David, officially San Jose de David, is a city and corregimiento in the west of Panama. It is the capital of the province of Chiriqui and has an estimated population of 144,858 inhabitants as confirmed in 2013. It is a relatively affluent city .. The Pan-American Highway is a popular route to David. It is named after King David from the Bible.

The development of the banking sector, public construction works such as the expansion of the airport and the David-Boquete highway alongside the growth of commercial activity in the city have increased its prominence as one of the fastest growing regions in the country. The city is the economic center of the Chiriqui province and produces more than half the gross domestic product of the province, which totals 2.1 billion.[clarification needed] It is known for being the third-largest city in the country both in population and by gdp and for being the largest city in Western has all modern necessities, schools, hospital, supermarkets, hardware shops, car dealers also has an International airport.

The property sits on the Eastern side of the Meseta De Chorcha at an Altitude of two hundred and fifty ffe. Meseta de chorcha is a large flat topped mountain which one passes with its giant waterfall as you approach David on the right hand side. Is up a dirt road 3km long.

The property itself was bought 14 years ago and has undergone a massive amount of regeneration and work, the property boasts a very large collection of tropical fruit trees and palm trees, walking trails have been laid, and a fantastic collection of bamboos and trees are also on the property It was used as an animal rescue centre and was well known for the work on rescuing Howler monkeys, which many troops still inhabit the mountain and the farms around.
The property lends itself to been a Eco lodge, Yoga Retreat, Adventure lodge, writers retreat, etc with its close proximity to the coast and David city, tourism is a very good use for this property.The has fantastic potential to become quite a destination or adventure centre.
The property has an independent water supply and storage facility and a large new diesel generator, All the buildings have lights and power. There is accommodation for 10 people or more. But there are many sites for construction of other buildings. There is a Toyota Hilux 4x4 which comes from with the property and various tools, the property is fenced.

This property is well established, with good access to the Panamerican Highway and Chiriqui Provence, Is famous for its beaches, mountains, there is also the main road over the mountain to Bocas Del Toro.If you are looking for the opportunity to set up an Eco lodge or adventure lodge this property ticks all the buttons
Arrange Viewing

Property descriptions and related information displayed on this page, with the exclusion of Running Costs data, are marketing materials provided by Magnolia Property, and do not constitute property particulars. Please contact Magnolia Property for full details and further information. The Running Costs data displayed on this page are provided by PrimeLocation to give an indication of potential running costs based on various data sources. PrimeLocation does not warrant or accept any responsibility for the accuracy or completeness of the property descriptions, related information or Running Costs data provided here.