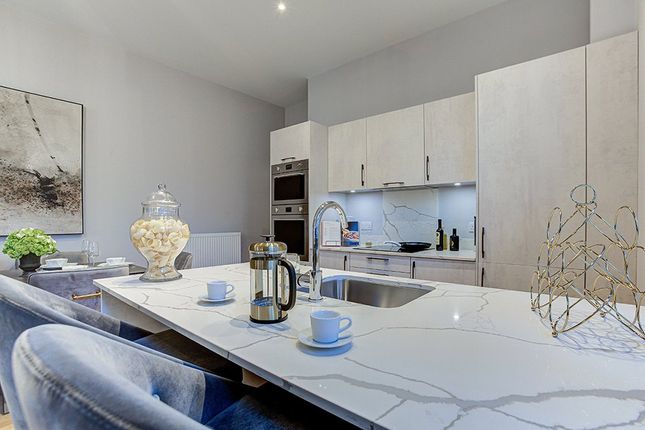 A unique, south-facing two bedroom apartment at Factory No.1 in the Regent House building.

Description
The open plan living, kitchen and dining room is flooded with light thanks to the unique curved window and the premium kitchen has been fitted with smeg appliances and stone worktops, creating the perfect space for hosting a dinner party.

There are two generous bedrooms both fitted with 100% wool carpet and are luxurious spaces to unwind after a busy day. The master has contemporary fitted wardrobes and a luxurious en-suite shower room with Roca Gap sanitaryware, Vado elements brushed gold brassware and city brown porcelain tiles. There is also a beautifully appointed bathroom adjacent to the second bedroom with chrome Vado Elements brassware and porcelain tiles.

This apartment is sold with one allocated parking space. 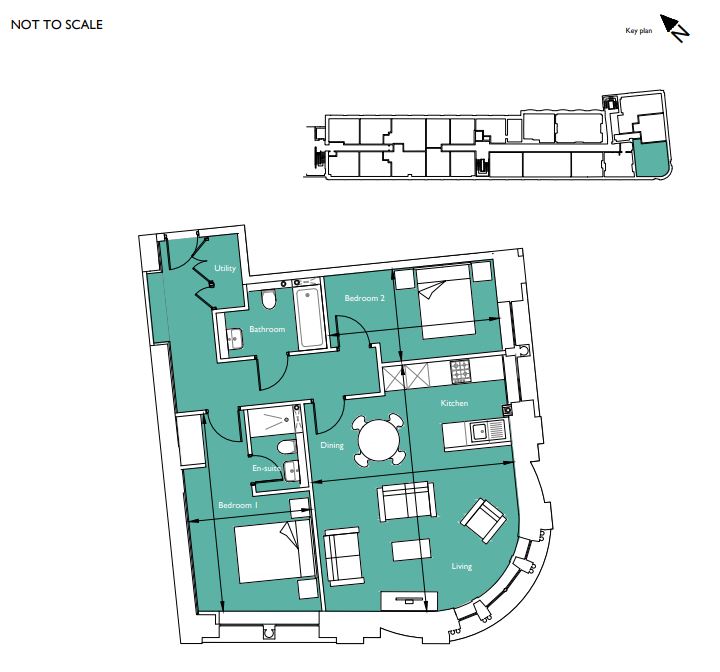