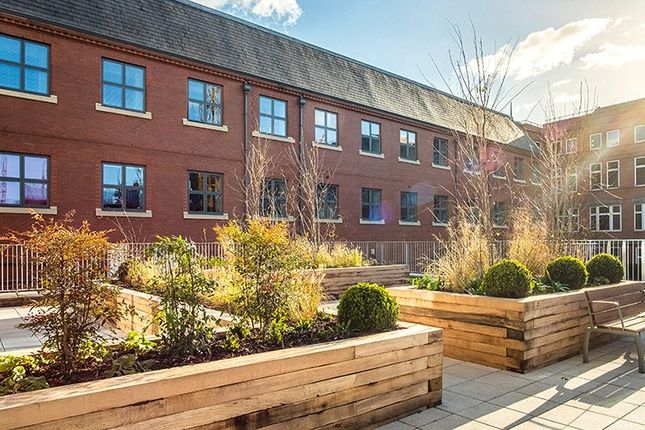 Positioned on the third floor within Regent House and boasting a south-facing aspect, this impressive two bedroom conversion apartment is utterly unique with a feature living space.

Description
The kitchen and dining room is spacious and perfectly designed for modern living, with space to dine at the large island in the kitchen From this space, you are lead to a unique circular living room which flooded with light from four feature window, and is a fantastic focal point of the space.

The master bedroom is spacious and bright with a walk-in wardrobe fitted with open shelving and hanging rails. There’s a luxurious en-suite shower room appointed with Roca Gap sanitaryware, Vado Elements brushed gold brassware and city brown porcelain tiles. The second bedroom is also generous and there is a large bathroom along the hallway with a bath and shower.

This apartment is sold with one allocated parking space. 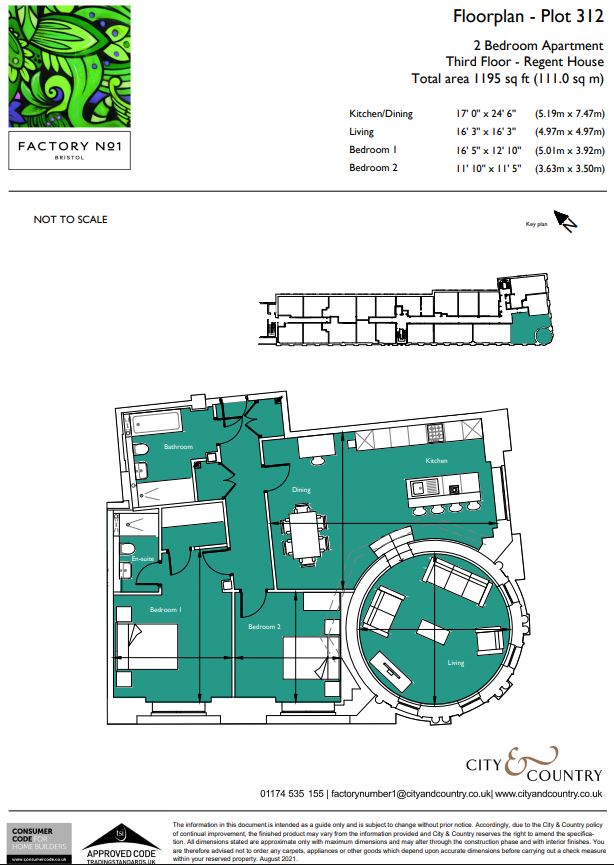