Excellent state schools, up-and-coming coastal towns, major new rail lines, regeneration projects like the 2012 Olympics... these are the things that should be top of the list for the shrewd property investor in 2010.

Looking forward to a year of dramatic changes, journalist David Nicholson peers into the property tealeaves and tells us what he sees. 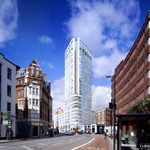 After almost 13 years of Labour government, some of the ultra-large transport infrastructure projects it hatched are coming to fruition, bringing new prosperity to the areas they serve. Stratford in East London now has an international railway station, the Dockland Light Railway extension to City Airport and Woolwich, to be followed by Crossrail, linking it with Central and West London in 2017.

Prices in Stratford took a bit of a tumble in 2009, making them even more affordable and attractive as the Olympics come into view. There are some magnificent Victorian terraces within easy reach of Stratford centre, towards Ham Park and Forest Gate. 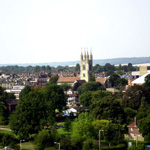 Equally, Shoreditch, close to the City of London, and New Cross Gate, just to the southwest of Greenwich, will both benefit from the new East London Line, opening in 2010. New Cross is reputed to have the lowest property values in central London despite its proximity to Canary Wharf and the City.

Greater London as a whole is forecast to welcome another 600,000 residents in the next five years, with very slim prospects for enough new housing to meet demand. So long as the city remains an international financial centre and overseas investors keep pumping money into the top end of the market, values are likely to keep rising throughout the capital.

The introduction of super-fast trains from London to Folkestone and Ashford in Kent at the end of 2009 shortened the journey to just over half an hour and will impact property prices locally. 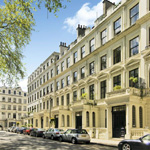 Stick with what you know

On the grounds that you should always buy the best located, most sought-after property you can afford, the gilt-edged streets of Kensington and Chelsea remain the millionaire's residence of choice. Wycombe Square, in the heart of the West London district, now has average property values of £5.4 million, with prices continuing to rise as the low sterling attracts more foreign buyers. Of the 30 most expensive streets in London, more than half are in Kensington and Chelsea.

Further afield, Marcus Dixon at Savills argues that "the better bits of Wandsworth" and "fringe markets like Acton, West Hampstead and Islington" are all worth looking at, especially "good quality houses within 15 minutes or rail or tube stations. There's going to be good demand for these, because they're not building this kind of stock anymore." 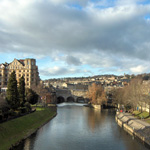 Faced with ever escalating private schooling fees and discriminatory entrance policies from universities, parents are keener than ever to buy in the catchment area for good state schools. Savills has compiled a list of the English towns where schools have the best average points score per pupil at GCSE. Harrogate in Yorkshire leads the well-mannered crocodile, followed by Bishop's Stortford in Essex, Tunbridge Wells in Kent, Horsham in West Sussex, Bath in Somerset and Leatherhead and Fareham in Surrey. In most cases, house prices are above the county average (159 per cent higher in the case of Leatherhead, which has the most expensive street outside London costing an average of £2.6 million). But some, like Bishop's Stortford and Fareham, are actually lower than the county average.

In metropolitan areas, you can find a similar educational uplift in specific areas, according to Savills. Altringham in Manchester scores 478 GCSE points per pupil, but its house prices are 225 per cent higher than the county average, whereas Dartford scores even higher at GCSE, but its prices are 89 per cent of the county average. Bargain! Next in the metro list are Crosby in Liverpool, Solihull in Birmingham, Hallam in Sheffield and Redland and Clifton in Bristol. Of course, such results can go down as well as up... 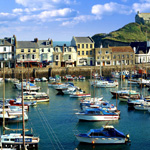 Anyone who bought property in Padstow or StMerryn in Cornwall in 2000 will have seen their investment grow five-fold, the highest increase of the 14 coastal towns identified by a Savills survey, reaching an average of £550,000. But many others have performed excellently, including Salcombe in Devon (367 per cent), StMawes in Cornwall (356 per cent), Dartmouth (362 per cent) and BigburyonSea (356 per cent). Priciest at an average of £813,000 is Sandbanks in Dorset, where values have almost doubled in the decade, while at Wells-Next-The-Sea in Norfolk, a £100,000 property investment in 2000 will now be worth £316,000.

But some real estate insiders think the smart money is on the rising stars of the beachfront world, such as Mousehole and Sennen in Cornwall, where a new marina is in prospect and surfers rave about the conditions. Weymouth, home to the 2012 sailing competitions, will profit from the publicity and its elegant Georgian houses will doubtless rise in value; St Andrews in Scotland is not cheap, but could easily become even less cheap. Cromer in Norfolk has fabulous beaches, links golf courses and fresh crab, while Whitby in Yorkshire has tremendous fish and chips and impeccable historical credentials – Robinson Crusoe set fictional sail from here in the early 18th century. 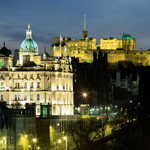 The myth that 'nobody lives in Scotland' is being exploded by a series of demographic and incidental shifts. Light industrial production is rising in Scotland's 'silicon glen', between Edinburgh, Dundee and Inverclyde, with companies like ST Microelectronics and Amazon bringing buckets of employment and boosting the local property markets.

In the snowy winter of early 2010, Scotland's ski resorts were full to capacity and adventurers took to its majestic mountains.

Edinburgh University regularly appears in the UK's top five colleges, with an international reputation in many subjects, while the city's pull as a tourist attractions is ranked second only to London. And it's much closer to the sea.

Light industrial production is rising in Scotland's 'silicon glen', between Edinburgh, Dundee and Inverclyde, with companies like ST Microelectronics and Amazon bringing buckets of employment and boosting the local property markets.