After narrowly becoming a ruin this famous north London Arts and Crafts mansion has been lavishly refurbished for another century of use. We toured the address with two women who called it home in more innocent days when it was worth £5,000... not £100 million 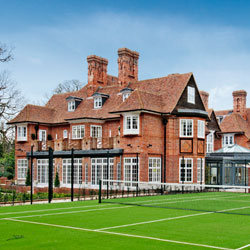 News last week that Britain’s most expensive home, Park Place in Oxfordshire, had been sold for £140m to a Russian buyer lifted the lid momentarily on Britain’s nine-digit homes, a phenomenon witnessed increasingly recently as ‘super prime’ houses and even apartments have passed this historic barrier, despite the recession.

These properties rarely feature on estate agent windows and are usually sold, by invitation only, to vetted wealthy individuals.

So it was unusual for PrimeLocation.com to be given access to Heath Hall, a 16-bedroom mansion on The Bishops Avenue, London’s northern ‘billionaire’s row’ near Hampstead Heath, for sale at £100m. 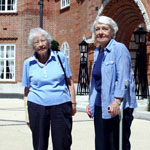 Everything is grand about this house including its vast facade, 27,000 sq ft interior, the 120 craftsmen and five years it’s taken to refurbish, the interior and exterior swimming pools, lavishly restored Arts and Crafts brickwork, cinema and the £20,000 bath in the master en-suite (made out of a single piece of onyx).

But what else might you expect in a house at this price? What was more unexpected during my tour, conducted by agent Trevor Abrahamson, were the two elderly women who joined us.

Anne Logue and Rachel Inglis are sisters, both in their 80s, who lived in the house between 1922 and 1948 and, while we tip-toed around this marble marvel, recounted a different kind of wealth before today’s billionaire bonanza.

Built in 1910 by sugar magnate William Park Lyle (son of Tate and Lyle founder Abram Lyle) this house was and probably remains London’s largest residential property. Anne and Rachel remember a farm and fields nearby and only a handful of large homes on the street, which in their time was home to senior army personnel, lawyers and magistrates, not Russian oligarchs.

The only hint of glamour on the avenue then was the home of singer Gracie Fields, who built a house here during the 1930s, and holiday camp pioneer Billy Butlin, who also lived locally.

Today, you have to be one of the world’s hyper-net worth individuals to buy a house on this street – prices of £50-£80m are not unusual and Heath Hall is the most expensive.

So how has it changed since Anne and Rachel’s idyllic childhood times there – interrupted only by a bomb hitting the west wing in 1944?

Gone is the original garage, which now houses a sauna, hamam, indoor swimming pool and gym as missing too is the scullery, which is now the cinema. There also used to be a part of the original London Bridge in the garden,which itself is about half its original size after several sell-offs. 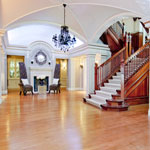 But gone too are the cheap prices.“Remember that house values were flat at the time – my father sold it in 1948 for the same price he’d bought it nearly twenty years before,” says Rachel.

Overall, although Rachel and Ann tutted at some of the more opulent fixtures and fittings within the property, Heath Hall’s Arts and Crafts heritage has been preserved and enhanced and its layout – unlike other north London mansions after refurbishments – remains mostly intact including its wooden staircase, 60-foot landing (which the sisters used as a bowling alley), original oval front door and the toffee-coloured parquet flooring throughout. 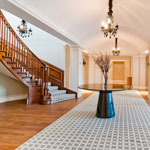 But this story could have been very different. Despite Grade II listed status being granted in 2001, its more recent owners did not treat it well including, for several decades, the Bank of China who employees used it as a storage facility and bunk house.

In 2006 it was bought by London property tycoon Andreas Panayiotou, who is said to be worth £400m and who set to expensively on a lavish restoration. 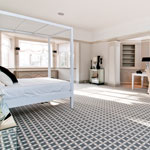 One bit his builders missed is the hole in the balustrade where the sisters used to hide secret messages. Teetering dangerously on the steep stairs as she fumbles among the woodwork, Rachel shouts: “Yes, it’s still there.”

And happily so is she, her sister and the house and an opportunity to hear about a very different world and an extraordinary house.

Heath Hall – formerly called East Weald – is currently on the market with Glentree International for £100m.

this house was and probably remains London’s largest residential property