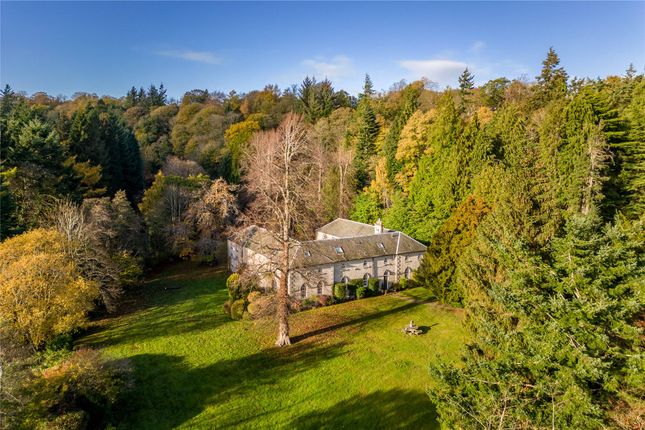 Magnificent Listed Coach house in spectacular and private wooded grounds, with a separate swimming pool house, in a wonderfully secluded and peaceful location close to the city bypass

Description
Chestnut House is a quite spectacular converted Coach house offering spacious, flexible and exceptionally comfortable accommodation over two floors, set around a central courtyard. The house exudes charm with many delightful features including the ornate windows, the majority of which have been double glazed, to the exposed timber beams and stone, as well as the impressive fireplaces. Having been extensively refurbished and modernised in 2005, the property caters perfectly for modern family living with well-presented accommodation over ground and first floors.

There are well-organised and free-flowing living spaces throughout the ground floor, stemming from the central and beautifully appointed dining kitchen which is a particularly fine room with an Aga and superb stone fireplace. The three original Coach entrances have been glazed to give a wonderful view of the courtyard, with doors giving easy access to the outside, but also adding to the sense of this being the central part of the house. The generous sitting room with a further impressive fireplace is off the kitchen and has a door to a south facing terrace, ideal for sitting out to enjoy the warmth of the sun during the day. The principal stair is next with the dining room adjacent and a further door opening to the sizeable library/TV room. To the other side of the house is the large utility room, also used as a back up kitchen, as well as the back door and WC. There is a garage and boiler house within the courtyard also.

Both the rear stone steps and the principal stair lead up to the first floor. The principal bedroom is situated in the south western end of the house, and is a particularly generous room with a partitioning wall leading to the fully fitted dressing area and on to the luxurious en suite bath and shower room. There are a further five comfortable double bedrooms on this floor. Three of these benefit from en suite shower rooms, while there is also a family bathroom. One of these additional bedrooms has been used as a study. To the far end of the northern section of the house is a substantial former hayloft. There is great potential for this to be developed into further accommodation, subject to the necessary consents. Beneath the hayloft there is currently an extensive workshop and store, which again offers tremendous potential.

<b>Outside</b>
The grounds of Chestnut House are spectacular and extend to approximately 2.46 acres in total including river frontage to the mid-point of the River North Esk. There is a wide variety of specimen trees throughout the grounds providing exceptional colour for much of the year. The house is approached by a smooth tarmac driveway which extends from the principal driveway, over which the property enjoys a right of access. There is a large parking area with a stone path leading to the back door. The cobbled courtyard can be accessed from the western driveway, and is gated for privacy. It is well protected from the prevailing weather and is a wonderful sun-trap. The expansive lawns sweep around the impressive building, interspersed with many fine trees and shrubs, while the pool house is positioned to the south eastern corner of the grounds.

<b>Pool House</b>
The detached pool house has a veranda fronting the garden grounds with a door opening to the games room with a conservatory off. To the other side there is a gym with shower room, leading through to the swimming pool (approx. 14m x 4m) with a hot tub in the corner also.

<b>Chestnut House</b> is named after the sweet chestnut tree which is positioned adjacent to the south west corner of the house. The tree is believed to have been planted by David Rizzio, an Italian nobleman who came to Scotland in 1561 in the entourage of an ambassador. In 1564 when the previous incumbent retired, Mary appointed David Rizzio as her secretary for relations with France, an important position that came with an quarterly salary of £20

Rizzio wanted a country retreat to reflect his important position at court. The Queen tried to persuade Lord Ross to give Rizzio the lordship of Melville. Although he did not agree to this request, David Rizzio was able take apartments in the castle outside Edinburgh, and so Melville Castle became known to locals as 'Rizzio's House'. The Queen was a frequent visitor.

On one of Mary's visits Rizzio planted a tree, a sweet chestnut in the grounds of the castle, as a token of his affection for her. The tree has survived over 450 years. In response, the Queen planted five oak trees along the drive.

Location
Chestnut House is located on the outskirts of Lasswade in a picturesque semi-rural location within the original grounds of Melville Castle.

This is a well-established and sought after semi-rural location while only around 1 mile from the city bypass and 7 miles south of Edinburgh city centre.

There are excellent facilities in the area with good local schooling and a wide range of recreational and leisure facilities, as well as a number of golf courses, including the many courses along the East Lothian coast.

Dalkeith Country Park and Dalhousie Castle are around 2 miles away while the Edinburgh Royal Infirmary is approximately 2.5 miles away.

The Esk Valley and Pentland Hills offer a variety of picturesque walks and the Hillend dry ski slope.

The house is also well located for access to the City Bypass, with connections to Edinburgh Airport (under 14 miles) and the Central Scotland motorway network.

Directions
Passing the Royal Infirmary at Little France on the A7 heading out of Edinburgh, continue to Sheriffhall Roundabout. Take the fourth turning continuing on the A7. At the next roundabout take the first exit on Gilmerton Road (B6392) following signs for Melville Castle. Enter the driveway for Melville Castle on the right hand side, and continue past the Castle and Chestnut House is the next property on the left.

Additional Info
Listing - The property is Category B listed

Fixtures and Fittings - All fitted carpets, curtains, blinds, integral white goods, the Aga, light fittings are included in the sale. The gym equipment is also included. 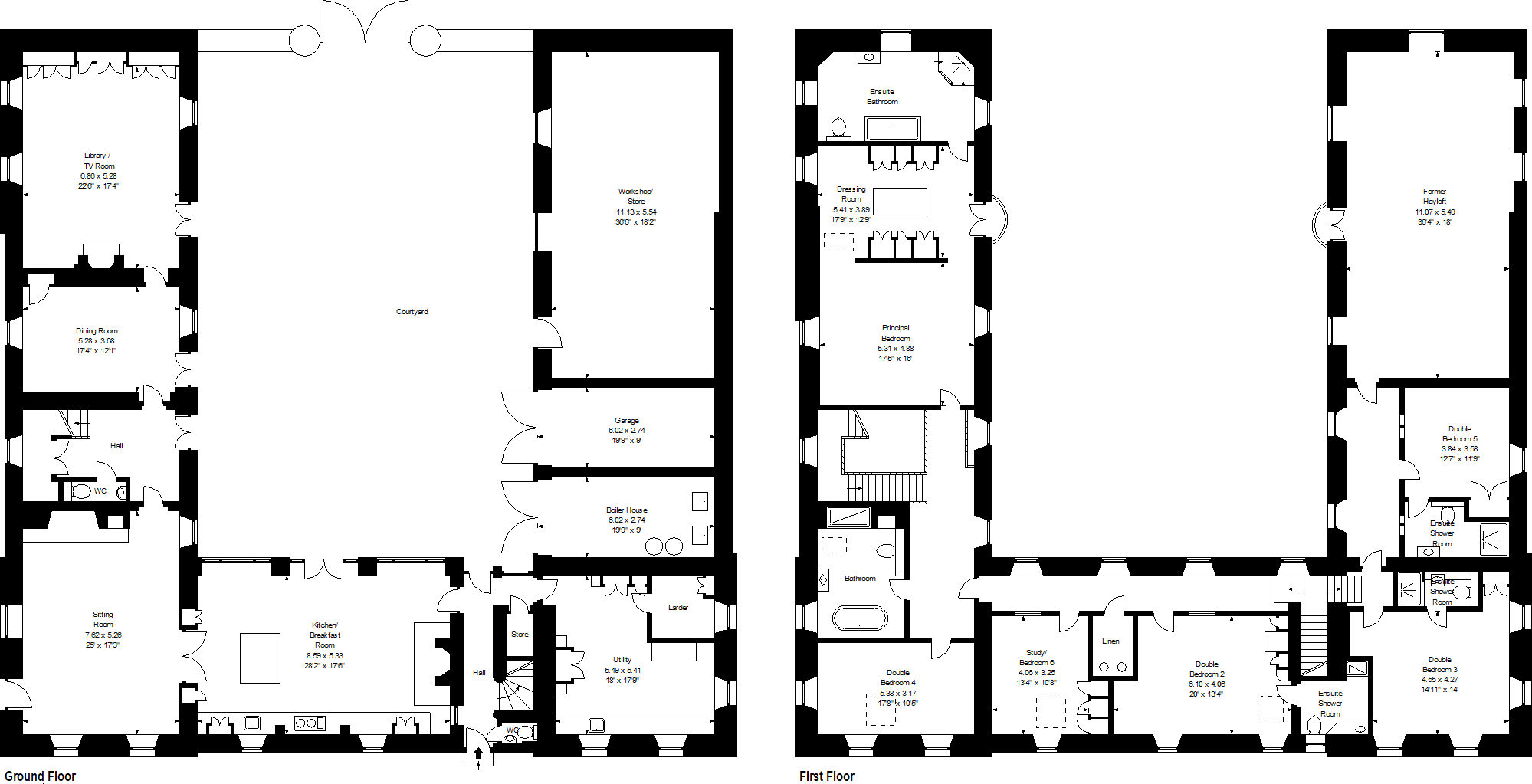 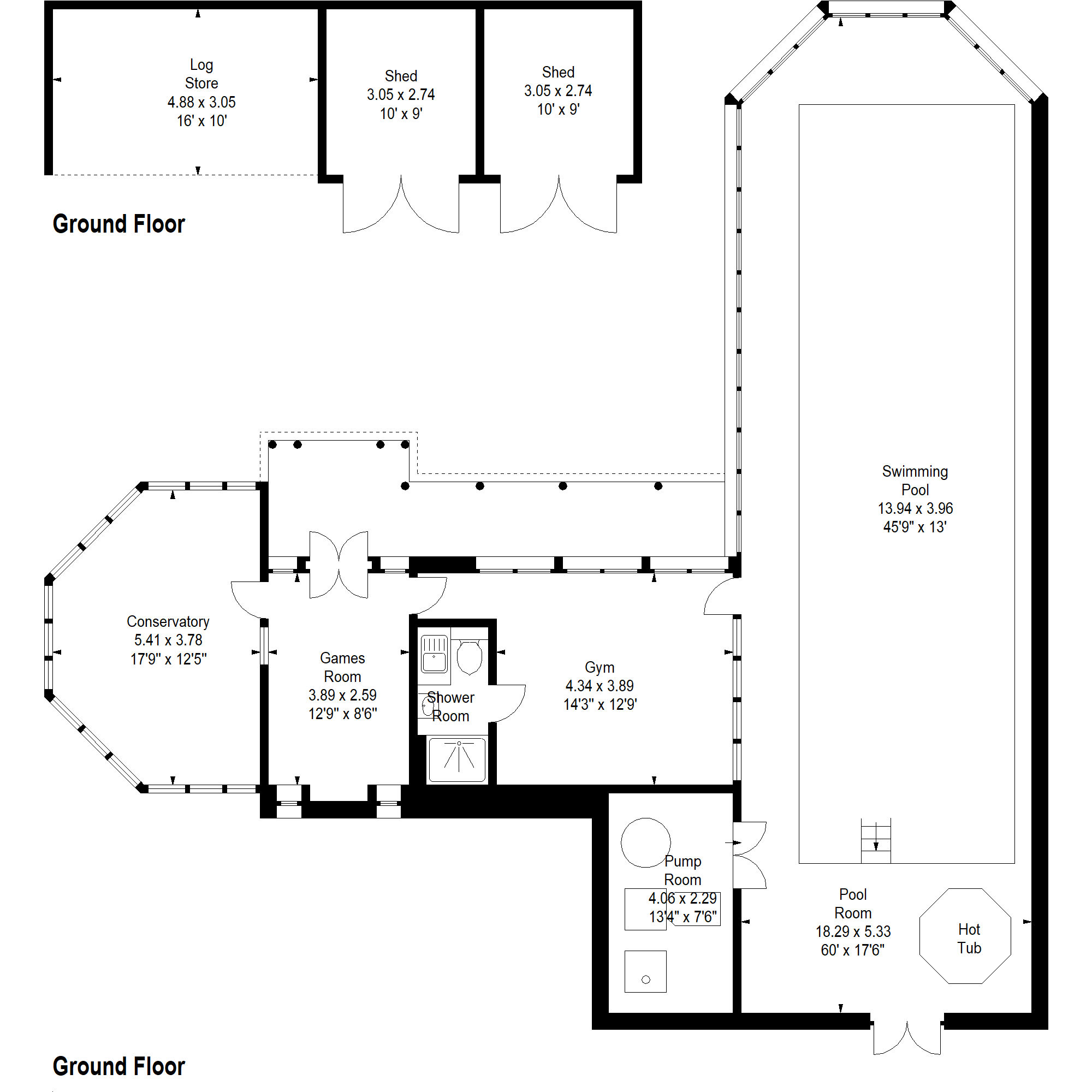 Property descriptions and related information displayed on this page, with the exclusion of Running Costs data, are marketing materials provided by Savills - Edinburgh Town, and do not constitute property particulars. Please contact Savills - Edinburgh Town for full details and further information. The Running Costs data displayed on this page are provided by PrimeLocation to give an indication of potential running costs based on various data sources. PrimeLocation does not warrant or accept any responsibility for the accuracy or completeness of the property descriptions, related information or Running Costs data provided here.

View all EH18 properties for sale

See all recent sales in EH18