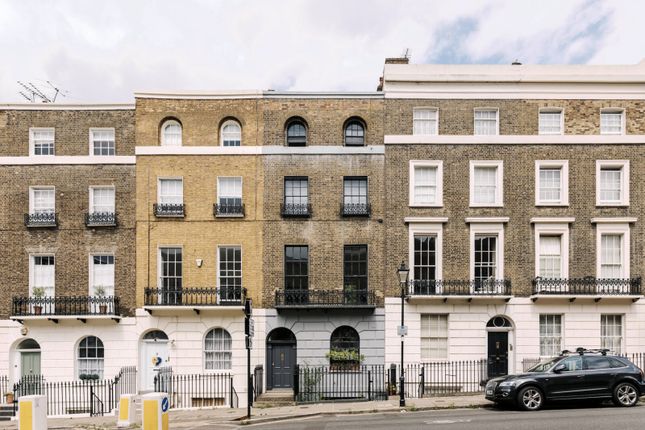 This beautiful four-bedroom maisonette lies in a beautiful Grade ii-listed late-Georgian townhouse nestled inbetween between Pentonville Road and Kings Cross. Set on Great Percy Street, part of Percy Circus, the maisonette unfolds across four floors over about 1,432 sq ft. Sensitively renovated, it retains many period features, including huge sash windows and soaring ceilings, which have been cleverly combined with contemporary interventions to create spaces perfect for modern living. There is also a pretty and secluded garden at the rear.

Great Percy Street, connecting Amwell Street with King's Cross Road by way of Percy Circus, was planned by 1818. It was named after Robert Percy Smith, Governor of the New River Company, a private water supply company that owned and developed the street and the surrounding area. The broad road sweeps downhill between stately terraces, and the upper part was completed in 1843. It was another decade before the lower stretch of the street beyond Percy Circus was finished.

The building has a handsome façade with a rusticated stucco ground floor and partially arched sash windows. The private, street-level entrance opens directly to an original Georgian staircase, which ascends to the first floor.

Here, there is the open-plan kitchen, living and dining room. This wonderful space is dual aspect and is flooded with light. A pair of sash windows with wrought-iron Juliette balconies overlook Great Percy Street, and a window in the kitchen frames leafy treetops and neighbouring gardens. A pared-back colour palette is employed throughout the house, allowing the original features to shine.

In the living and dining area, original floorboards serve as a reminder of the house's history and add warmth to the space. A woodburning stove sits in a recess where the original fireplace would have been and warms the room on colder days. Built-in cabinetry and shelving adds further storage.

The minimal kitchen is next door. An understated space, it is finished in muted colours with bespoke Corian worktops. Cabinetry doors lie flush with the wall, concealing appliances and adding storage while keeping the focus firmly on the verdant views through the window.

The second floor is home to the primary bedroom, which is illuminated by another pair of windows overlooking Great Percy Street. Built-in cupboards line the length of one wall, creating plenty of storage, and an en suite bathroom has a shower and a bar radiator for warming towels.

The third floor is home to three further bedrooms. One is currently utilised as a study; all have views overlooking tree canopies. The current owners have introduced ample built-in storage on this floor and throughout the apartment.

There is a large family bathroom on the first floor. Finished in white tiles, it has a large bath, and a frosted window illuminates the room.

At the rear of the house is a large paved garden with well-established borders. It is a secluded oasis in the heart of the city. The current owners have added renewable cedar fencing for privacy, which is long-lasting and will age beautifully. The garden overlooks the triaxial plan of renowned Bevin Court, a landmark modernist apartment building designed by Berthold Lubetkin (most famously associated with his design for the penguin house at London Zoo).

Set in a tranquil yet well-connected area of Clerkenwell, Great Percy Street is a short walk from the independent shops and cafes of Upper Street Exmouth market, Amwell Street and Clerkenwell. Moro (and sister-restaurant Morito), The Quality Chop House, Caravan and The Eagle on Farringdon Road are of particular note for food connoisseurs. The Barbican, the British Museum, and the Brunswick Centre are all reachable by foot. 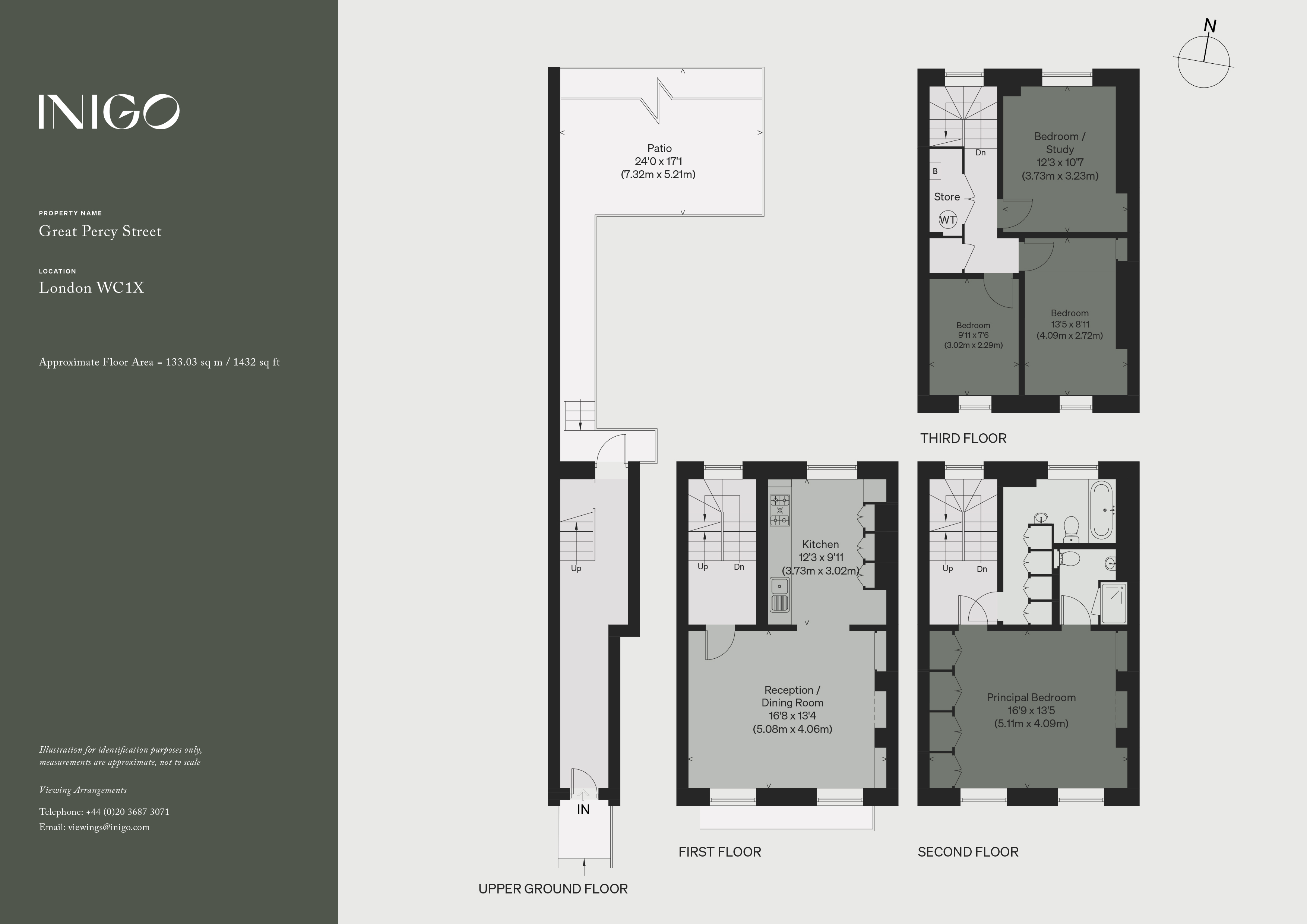 Property descriptions and related information displayed on this page, with the exclusion of Running Costs data, are marketing materials provided by Inigo, and do not constitute property particulars. Please contact Inigo for full details and further information. The Running Costs data displayed on this page are provided by PrimeLocation to give an indication of potential running costs based on various data sources. PrimeLocation does not warrant or accept any responsibility for the accuracy or completeness of the property descriptions, related information or Running Costs data provided here.

View all WC1X properties for sale

View all WC1X properties for sale

See all recent sales in WC1X