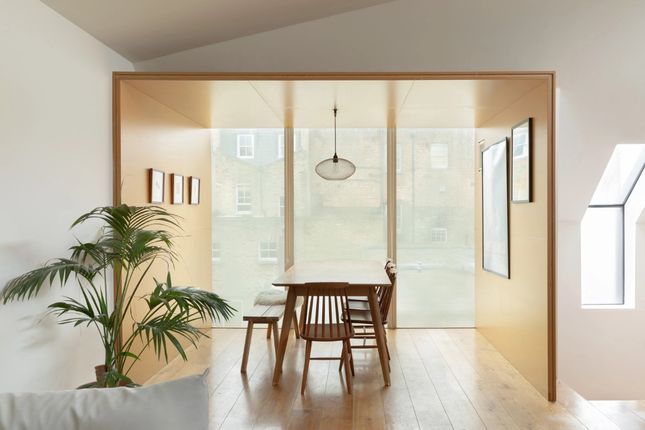 These two riba award-winning maisonettes sit within a striking building occupying a peaceful position on Godson Street, a quiet mews in the heart of Islington. Designed by Edgley Design and Spaced Out Architects in 2016, the building cuts a dramatic profile. Defined by its multi-coloured zinc-clad saw-toothed façade, it was conceived to sympathetically emulate and rework the surrounding Georgian architecture. The internal spaces of the building have been executed with an exquisite level of detail, mirroring a traditional Georgian layout while adding understated contemporary touches, including large single-pane windows, brass accents and features made with birchwood ply. Each apartment has two bedrooms, a private balcony, and a separate front door to ensure privacy.

Godson Street is a multi-award-winning development comprising five maisonettes and a separate townhouse. Each maisonette sits above an office space and unfolds over the first and second floors. Unusually, due to the ingenious design of the building, each has its own separate front door and entranceway, accessible via street level.

The building itself is arranged as a terrace. Solid concrete forms rise from the basement, functioning as pedestals for the apartments above, individually wrapped in pre-patinated zinc in six different colours. The hardwood-clad façade adds a further sense of warmth and texture. Its angular appearance permeates the interior spaces, which have been sensitively designed for contemporary living.

The building was granted a riba Award and a Sunday Times British Home Award.

Each maisonette is completely identical in size and proportion: Please refer to the floorplans for more details.

The apartments are accessed via street level, where a front door opens onto a lobby area with plenty of space for coats and shoes. A staircase ascends to the first floor, home to two spacious double bedrooms and a well-proportioned bathroom.

The main bedrooms sit at the front of the plan with ample storage in the form of full-height integrated wardrobes. There are ribbon windows in the second bedroom, which frame views across the rooftops. A neutral bathroom in each is predominantly clad in slate-grey coloured tiles and features an integrated birchwood ply cupboard for storage.

The entire second floor is given over to the living spaces, reached via a curved staircase. The mono-pitched ceilings imbue the spaces with a palpable sense of volume, as do the large glazed windows at the rear, which are clad in a metal solar mesh interlayer to ensure plenty of light pours deep into the plan. A birchwood ply frame punctuates these spaces, cleverly demarking a dining area or home office from the open-plan layout. Oak floorboards flow throughout this level, warmed by underfloor heating.

In both, the contemporary kitchen runs along one wall, with olive green Valchromat cabinetry and warm brass accents. Simple plywood shelves above offer easily accessible storage, and angular ribbon windows further illuminates these areas. Glazed doors from the rear side of the kitchen lead to the balcony.

Designed with energy efficiency in mind, each flat has a mvhr system and Photovoltaic roofing.

Each apartment has its own private decked balcony with plenty of space for potted plants and a table and chairs. East-facing, these areas receive the best of the morning sun.

Godson Street is located on a quiet side street just off Chapel Market in Islington, the site of a traditional market, which has served the community with its diverse range of stalls selling fresh fruit and veg and flowers, amongst others, for over 150 years.

The building lies only moments from the wealth of boutiques, cafes and eateries on Upper Street, which is home to an abundance of amenities, from Ottolenghi to Gail’s, the Almeida Theatre to The Old Red Lion Theatre & Pub. The charming Compton Arms and the wonderful Union Chapel are a minute’s walk from the house. For art, the Estorick Collection of Modern Italian Art is only a short walk away. Third Space gym is also a four-minute walk from the door.

Islington High Street and the excellent Camden Passage are also close by. The area has some excellent gastropubs, including the Drapers Arms, the Pig and Butcher, The Albion and Corbin. King’s Bellanger is nearby on Islington Green.

King’s Cross and Coal Drops Yard are also within easy reach; the recently redeveloped space is home to a magnificent public square with choreographed fountains and restaurants, including Caravan, Vinoteca, Dishoom, Granger and Co, plus shops A.P.C, cos, Margaret Howell and Wolf and Badger. 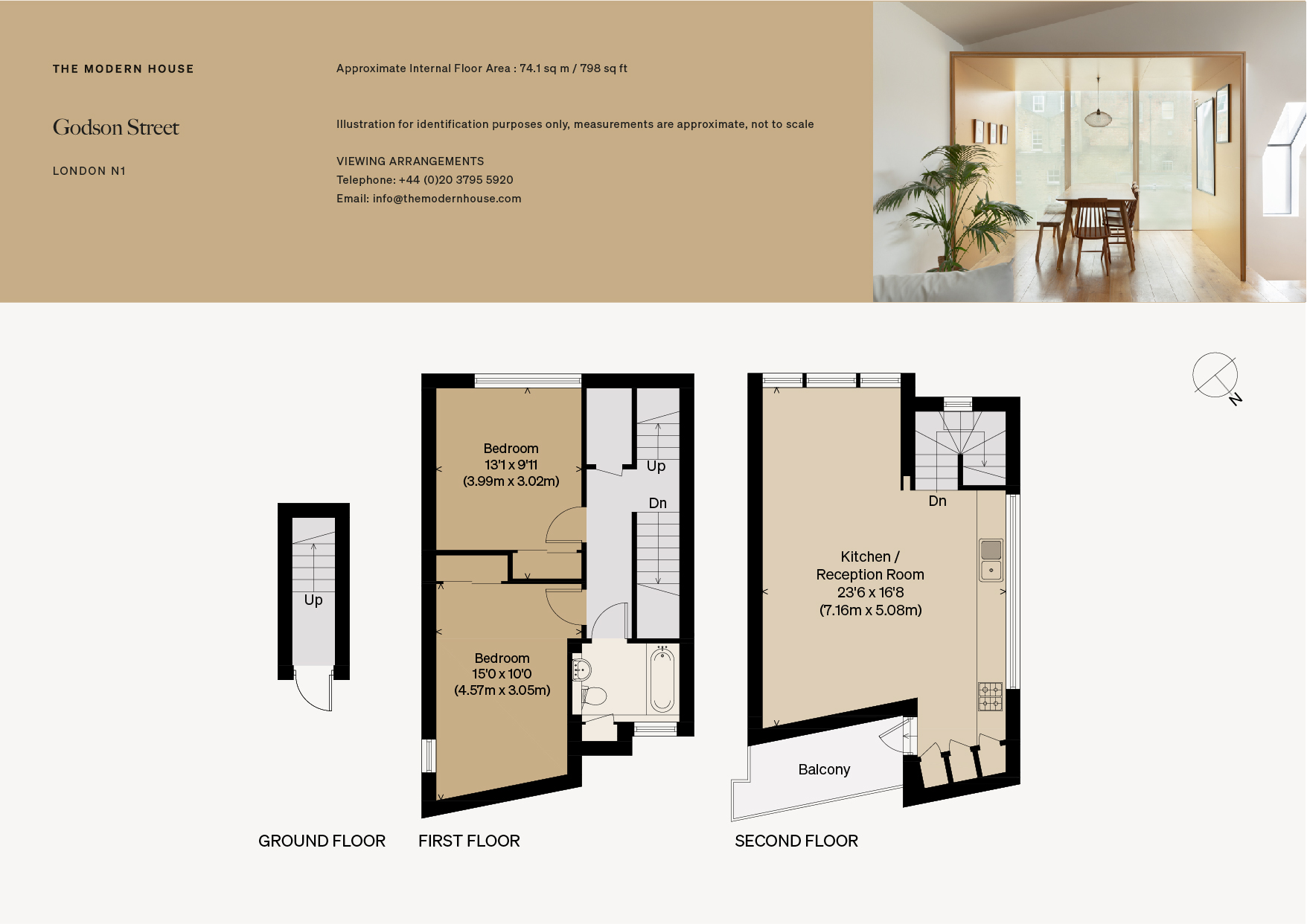 View all N1 properties for sale

View all N1 properties for sale

See all recent sales in N1