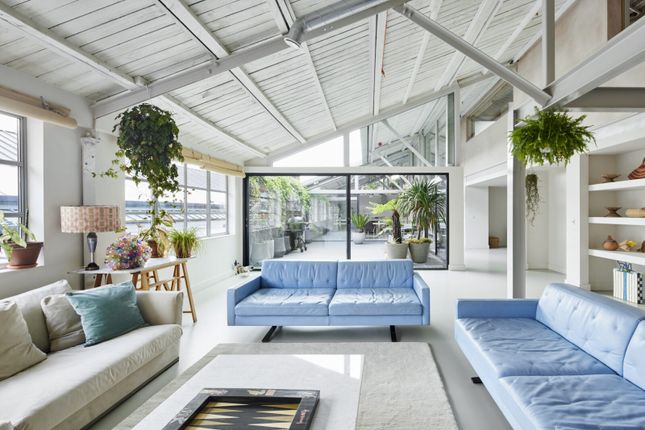 This extraordinary former aircraft factory lies discretely off a quiet residential street close to the green open spaces of Gladstone Park in north London. It combines around 7,000 sq ft of versatile ground-level commercial space with a further 5,800 sq ft of residential space over two upper levels. Filled with light and with two large south-facing terraces, the apartment has recently been the subject of a beautifully considered renovation, enhancing volume against a backdrop of carefully selected materials.

From Wotton Road, a set of electric gates open to reveal a long private driveway lined with cedar fencing on both sides. An enormous double-height shutter leads through to a triple-height internal courtyard which acts like a grand communal hall linking the live and work spaces. Polished concrete floors run underfoot, and birch-ply cladding wraps the internal windows on two sides. A massive roof light means light pours from above, allowing for a towering living wall. At around 1,000 sq ft, this space is incredibly versatile and can be used for bike stores and parking for several vehicles.

Internal glazed garage shutters give way to office, garage or workshop spaces, and a staircase in the southern corner leads up to an open-plan studio with kitchen and shower facilities. This serves well as a home office, being self-contained and linking to the studio space at ground level while being separate but easily accessible from the main apartment.

A separate staircase in the north eastern corner of the workshop ascends directly into the apartment, turning into an intimate hallway with a dramatic view along a roof-lit corridor. Three interconnecting bedrooms and bathrooms are set along one side. Also within the corridor is a utility room, well placed to serve the bedrooms.

There are three points along the corridor, each providing access to the southern section of the apartment, where living, dining and outside spaces are arranged in a sweeping open plan. The kitchen is closest to the primary entrance and rests beneath the high single pitch of vaulted ceilings, where white-painted slats rest on exposed steel beam work. Light floods the space from clerestory windows, south-facing Crittall and a central terrace, which acts as a glazed courtyard garden to the open-plan spaces around it. The kitchen includes elements by Bulthaup and Alpes Inox, with Gaggenau appliances and a smokeless indoor grill.

Beyond the dining space and past the glazed terrace are two receptions. The larger of these is an extension of the main space, while the central living space provides a more intimate setting. Flooring is a combination of engineered oak and poured resin, with underfloor heating throughout. Walls are plastered by Clayworks in a soothing natural finish.

The second floor is reached via two birch-ply staircases and lends itself well to self-containment or for use as a main suite. A study is set to the east. Across the landing is a large bedroom with a roof-light overhead, built-in wardrobes and a shower room. Beyond this is a reception/dressing room and a long and wide garden room with an open shower at one end and sliding glazed doors to a further south-facing terrace.

From the communal courtyard, there is access to a further commercial space, the largest of the three at over 4,000 sq ft. This is almost entirely open-plan, with a kitchen at one end and a shower and several WCs in the opposite corner.

The building has been designed to be highly sustainable and includes 162 solar panels which generate approximately 65Kwh of electricity.

Wotton Road is moments from the green open space of Gladstone Park with its café, tennis courts and playgrounds. Brent Cross is an easy walk to the north and is currently undergoing an extensive regeneration program. Its existing shopping centre has a John Lewis and Waitrose and new office spaces, restaurants and shops are being introduced. Finchley Road is nearby for links to Hampstead.

There are several good schools in the area, including Living Spring Montessori. Many of the private schools based in Hampstead offer a coach service from the area. The Lycee Francais is close by in Wembley and within walking distance are Our Lady of Grace Junior School and Menorah girls school.

Cricklewood Station is a few minutes’ walk and runs regular Thameslink services to London St Pancras International (three stops) and Farringdon (four stops) for fast Crossrail connections to Heathrow and Bond Street. Willesden Green Underground station is around a mile away for Jubilee Line services into the West End. 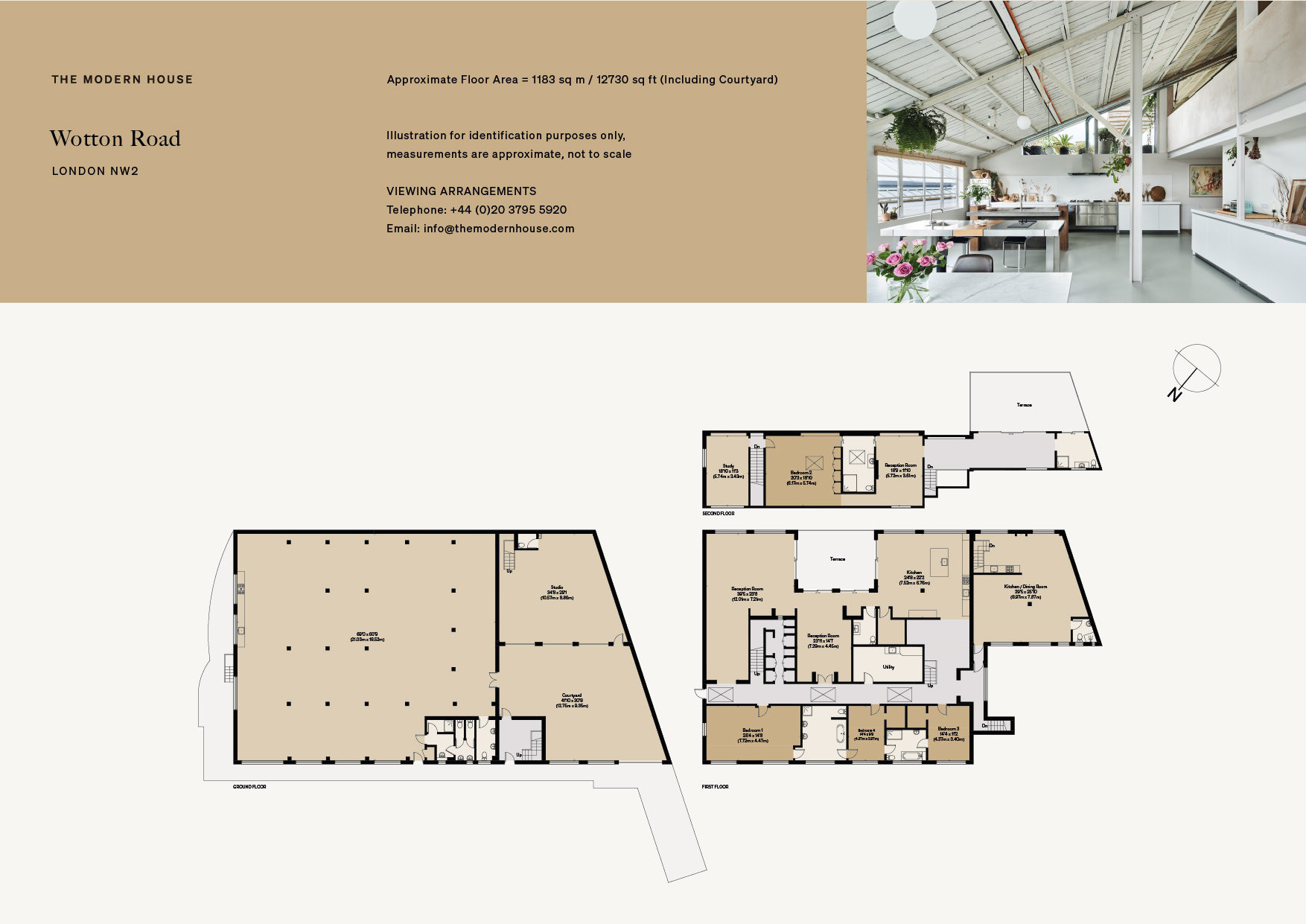 View all NW2 properties for sale

View all NW2 properties for sale

See all recent sales in NW2