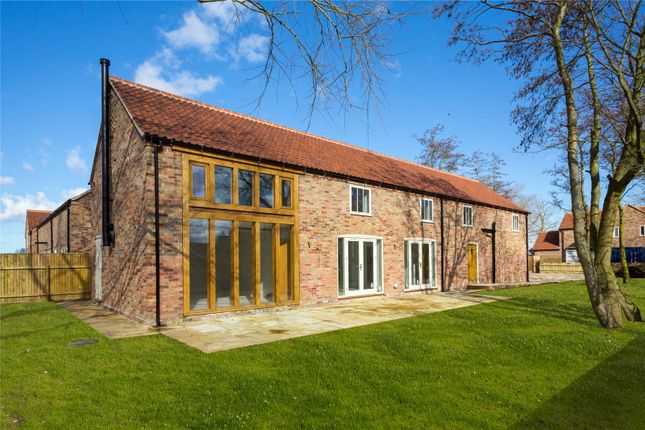 The Grange has been designed to reflect a traditional barn conversion within a countryside setting on the outskirts of York.

This family home has been created in a timeless style with a superb layout for modern living with under floor heating throughout the ground floor and oak internal doors. The current owners have also added bespoke electric blackout blinds to the living room and guest bedroom. There is a generous open plan kitchen dining area with a bespoke kitchen complete with granite worktops. The kitchen is fitted with a number of modern integrated appliances: Oven, microwave, coffee machine, fridge/freezer, dishwasher and a wine cooler. There is an up to date induction hob with a vented extractor. There is a sizeable kitchen island with breakfast bar.

Beyond the kitchen is the living room with ceiling height windows divided by oak beams, a feature point is the brick fireplace with log burner, a door to the side leads out to the garden. There is a useful utility room with fitted units and a dog shower area.

For the purchaser who works from home there is an invaluable home office with French doors to the paved patio at the rear of the house and the added benefit of "ultrafast full fibre" broadband connection supporting speeds up to 1GBps. Opposite is a cloakroom which completes the ground floor space.

The first floor is accessed via an oak and glass staircase leading to the principal bedroom suite, a large space with a pitched roof, luxury en suite, built-in open wardrobes, bespoke shutters and blackout blinds. There are a further three bedrooms, one that is a guest suite and the other two bedrooms serviced by a Jack and Jill shower room, also with bespoke shutters and black out blinds. There is also a contemporary family bathroom with freestanding bath.

The house is approached via a gravelled driveway leading to a double garage with the addition of an electric charging point. External down lighters around the house have been added to create an inviting ambience in the evening.

The house is part fenced and part walled garden with lawned area and newly laid patio added to the front and rear of the property. The garden to the front is a private space and has the advantage of facing south. To the left of the entrance to the property is a turning area which is owned by the property and can be used for additional parking or integrated into the current garden space.

Location
Earswick is less than four miles north of the City of York, just off the outer ring road (A1237) linking to the A64 with access to Leeds/Scarborough and further afield.

The village of Earswick has open country on three sides, with a footpath along the River Foss, and also benefits from a scented garden, tennis courts, play areas, a village hall and a green as well as regular bus services.

Huntington is just over a mile to the south, with a post office, pub, pharmacy, doctor’s surgery, Huntington Primary Academy, and Huntington Secondary school with an Ofsted rating Outstanding (December 2017).

There is further excellent shopping about two miles away including Clifton Moor, Monks Cross and the Vanguard Centre- which has a large Marks and Spencer.

York Leisure Centre at Monks Cross offers gym facilities, swimming pool and a sports hall with a Clip N Climb arena. There is a swimming pool and a sports and social club which offers facilities for cricket, rugby league, rugby union, football and tennis in New Earswick about one mile away. There are two Golf clubs within about five miles of the village; Heworth Golf club and Forest Park Golf Club. Fulford Golf Club (7 miles).

There is also a frequent bus service to York.

The city boasts excellent restaurants including the award winning The Star Inn the City by Andrew Pern and the Michelin-starred restaurant, Roots, by Tommy Banks. In addition, there is Skosh by Neil Bentinck which also boasts a Michelin-star, positioned on popular Micklegate and has a number of independent shops, pubs, cafes and hairdressers.

Please note all distances and travel times are approximate. 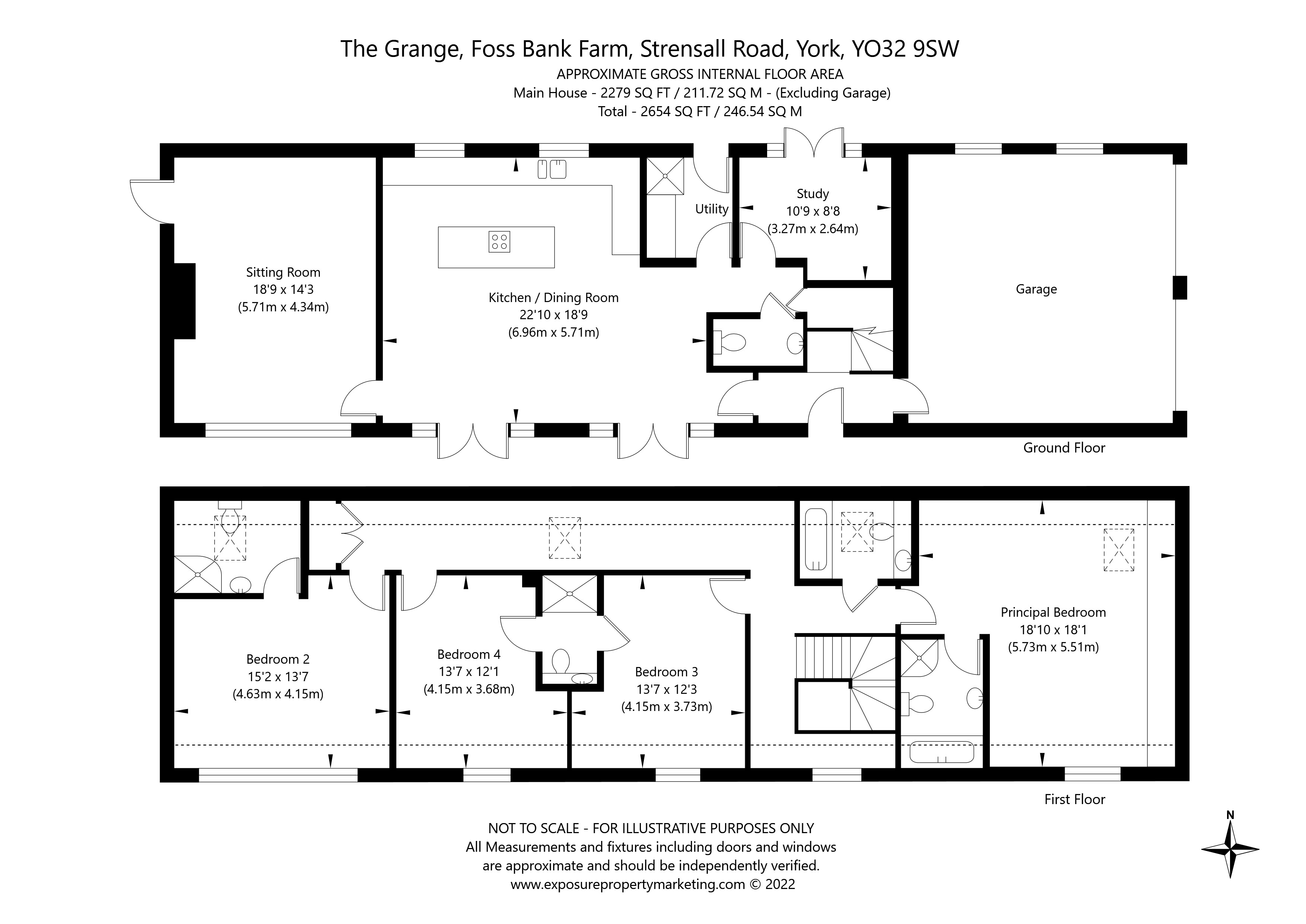 Property descriptions and related information displayed on this page, with the exclusion of Running Costs data, are marketing materials provided by Savills - York, and do not constitute property particulars. Please contact Savills - York for full details and further information. The Running Costs data displayed on this page are provided by PrimeLocation to give an indication of potential running costs based on various data sources. PrimeLocation does not warrant or accept any responsibility for the accuracy or completeness of the property descriptions, related information or Running Costs data provided here.

See all recent sales in YO32