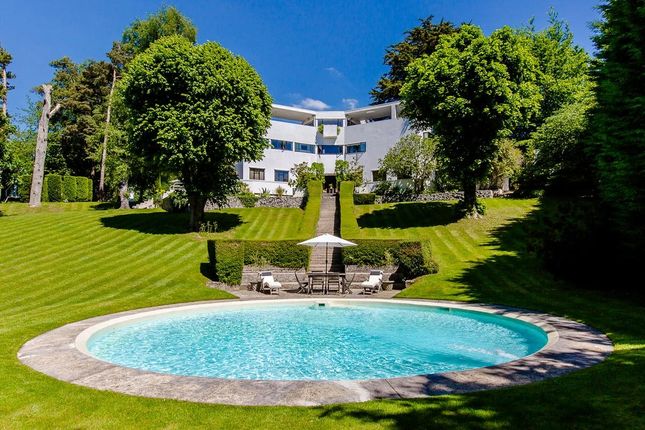 High and Over presents a rare opportunity for someone to acquire what is widely considered to be the first and most important Modernist house built in Great Britain and architecturally recognised as being of international importance. The original estate was commissioned by the renowned Bernard Ashmore, then Professor of Archaeology at London University and later Keeper of Greek and Roman Antiquities at the British Museum. This extraordinary 1929 Grade II* house was designed by young New Zealand architect Amyas Connell, who later formed the pioneering architectural practice Connell, Ward & Lucas. Connell and Ashmole met whilst Ashmole was Director of the British School at Rome where Connell studied architecture. It was in this setting they started their conversations on modern architecture, their admiration for Classical Roman architecture and a potential commission. Connell was described as being ‘deeply versed in the European tradition, but also Modernism, appreciating both’. High and Over is a subtle fusion of Modernism with reference to Classical structure (as befitted Ashmole’s interests) and it gives the property a unique elegance. The Grade II* listed property is now regarded as one of, if not, the most important buildings of 20th century Britain. It provoked much debate and controversy as well as receiving international accolade (exhibited ‘Modernist Architecture: International Exhibition’ moma 1932). Sir John Betjeman commented in ‘Metroland’ ( 1973) “In 1931 all Buckinghamshire was scandalised by the appearance, high above Amersham, of a concrete house in the shape of a letter Y”. It was built for a young professor (Bernard Ashmore), by one of his students, a young architect (Amyas Connell). ‘I am the home of a 20th century family’, it proclaimed, ‘that loves air and sun and open country’. It started a style called Moderne.”
As an iconic masterpiece of architectural history, the house has featured in many famous publications from ‘Pevsner's Buildings of England', Taschens ‘World Architecture' Irvings ‘1001 Buildings You Must See Before You Die: The World's Architectural Masterpieces’ as well as featuring as a location in magazines, film and television including ‘Poirot'.
High and Over was often referred to locally as the ‘Aeroplane House' due to winged roof terraces. It was divided in 1962 and was occupied as two separate dwellings until 2008 when it was reunited into one substantial property offering extensive and flexible accommodation over three levels. In recent years the current owners have undertaken a comprehensive programme of refurbishment to restore much of the property to its former glory. With a fine attention to research and detail many of the original features have been reinstated including restoring the original ground floor configuration with its glazed doors and ceiling light boxes in the principal reception rooms.
On arrival the house proclaims itself as you enter the polished metal front doors into the hexagonal reception hall with its circular gallery above, which encapsulates the splendour and style of the building and its geometric design.

Folding casement doors allow the opening of the three principal reception rooms and hall into one area that access the terraces, allowing a control and flow of space for both family living and entertaining. A sweeping staircase in the ‘turret' leads to the upper floors. An inner hallway leads to the kitchen and back staircase used by servants in its heyday.

The three reception rooms comprise the triple aspect drawing room with a fireplace, the library again triple aspect with fitted bookcases and classical steel radiators and the formal dining room. The custom designed kitchen/breakfast room with stainless steel trim and work surfaces incorporates a La Cornue range cooker with extractor above, integrated fridge, freezer and dishwasher. There are feature porthole windows to the far wall.

The first floor hexagonal landing, with its circular gallery provides access to an adaptable combination of bedrooms and laundry room. For example bedroom five could become a dressing room or en suite to the main bedroom and bedroom two could be enlarged by removing the partition wall. There are two further bedrooms accessed from the back staircase. The top floor originally comprised bedrooms, bathroom and nursery – now a study and additional lounge opening onto about 1000 sq ft of part covered roof terrace for both relaxation and entertaining offering commanding far reaching views over the roof tops of Old Amersham and Misbourne Valley beyond.

Gardens & Grounds
The property retains about 1.7 acres of its original gardens and grounds with a gravel driveway and turning area in front of the main entrance door with a spur leading to the large lower ground rooms currently used as studios. There is also an additional detached garage with planning permission (see note). The beautiful landscaped gardens formed the original ‘Roman’ garden of the estate with areas of terrace and steps down to the circular swimming pool with extensive areas of lawn and a lightly wooded backdrop.<br /><br />C 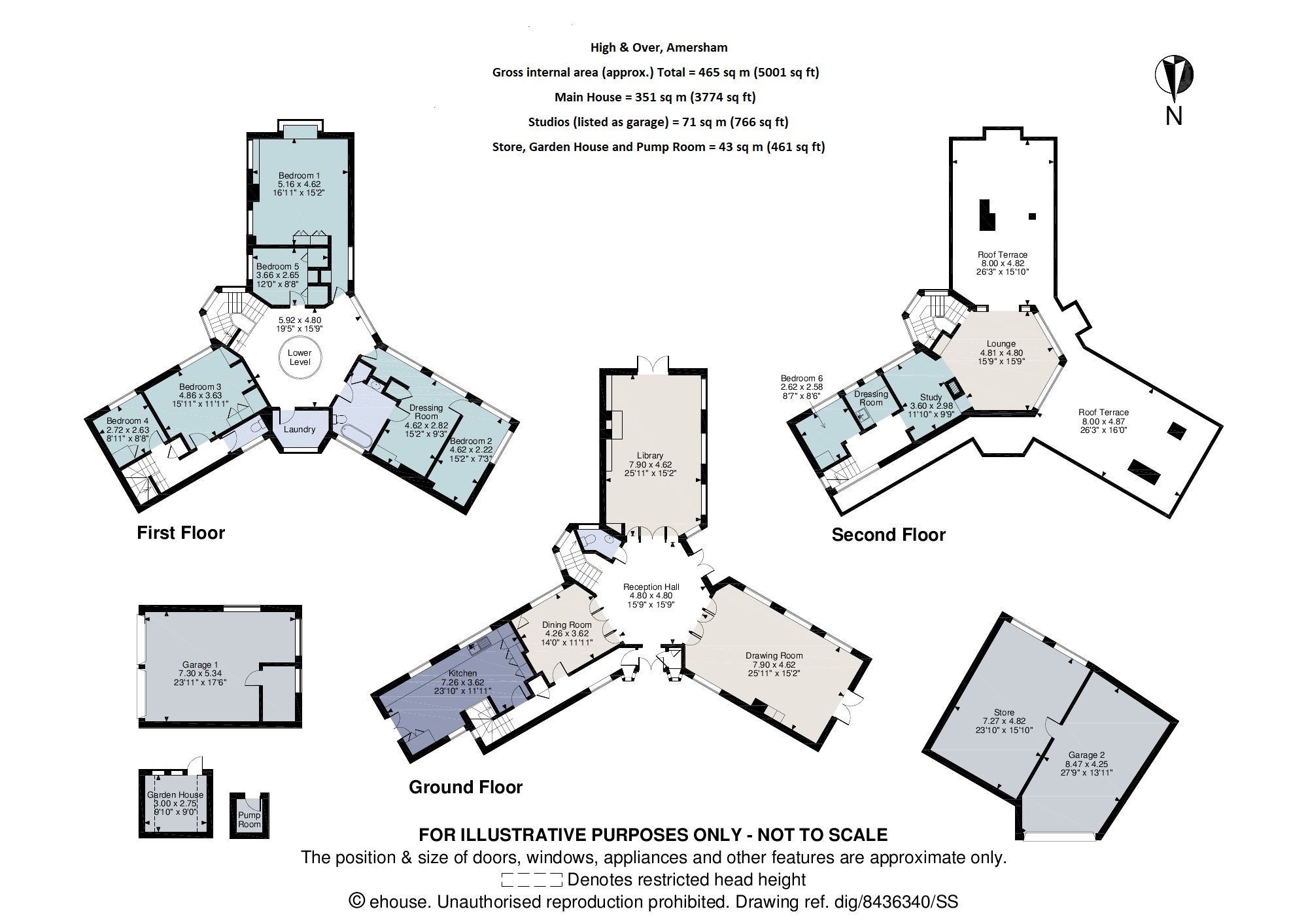 Property descriptions and related information displayed on this page, with the exclusion of Running Costs data, are marketing materials provided by Fine & Country - Park Lane, and do not constitute property particulars. Please contact Fine & Country - Park Lane for full details and further information. The Running Costs data displayed on this page are provided by PrimeLocation to give an indication of potential running costs based on various data sources. PrimeLocation does not warrant or accept any responsibility for the accuracy or completeness of the property descriptions, related information or Running Costs data provided here.

See all recent sales in HP7