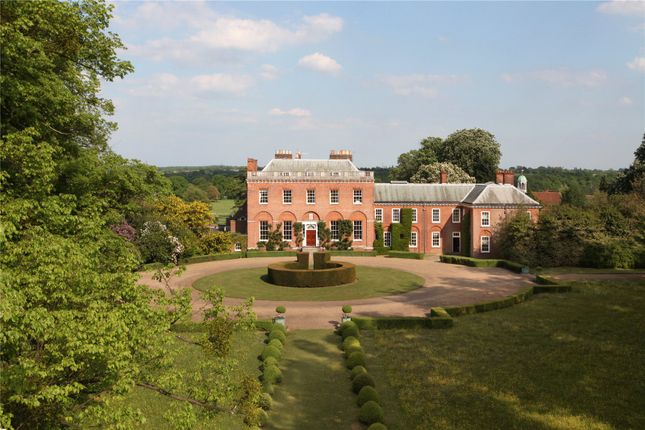 Description
The house is approached along a tree lined avenue from the Grade II listed gates on the main street in Much Hadham through parkland and around the house to arrive at the impressive west side with a large circular gravel sweep with a yew circle at its centre and bordered by manicured box hedges.

The house is a substantial, square, red brick house with stone dressings and a hipped tile roof. A stone balustrade parapet is carried round the top of the building with a bracketed cornice below.

Moor Place House is surrounded by gardens and parkland. Outside the nursery wing to the east and south of the house there is a flagged terrace extending from the loggia and covered veranda. This is separated from the sunken lawns below by rose beds and a low wall. The lawns stretch out in front of the east side of the house and lead the eye to the parkland beyond, separated by a low wall and punctuated at either end by decorative summer houses or pavilions depicting God and Mammon which were completed in 1936 and are Grade II listed.

At the northern end of the garden the heated outdoor swimming pool is screened by a Leylandii hedge and wall.

There has been a dwelling where Moor Place now stands since before the Norman Conquest when it was owned by the Bishops of London. By the 15th Century the land was held by a family called More who gave their name to the house, then known as Mores Place. The estate then passed to the Dalton family who it is thought built the Elizabethan house which preceded the current Moor Place.

The estate passed through a number of families during the 17th and 18th centuries until 1750 when it was bought by James Gordon whose family owned Moor Place for over a century, four generations of them living there, during which time the original Elizabethan House was demolished and the existing Georgian house, designed by Robert Mitchell, was built along side, eventually being finished in 1779.

Moor Place was sold in 1854 to Money Wigram. On his death, the estate was left to his son who five years later sold it to Mr F. H. Norman, great grandfather of the present owner. In 1886, F. H. Norman added what is now the basement flats on to the north of the house (designed by Norman Shaw). The south wing, known as the nursery wing and designed by Sir Ernest Newton, was added by Mr Norman in 1906, with lead work on a hopper head downspout on the wing bearing his monogram and date.

In 1916, F. H. Norman died. Moor Place passed to his elder son Montagu Norman, Governor of The Bank of England from 1920 to 1944. In 1920, Montagu passed Moor Place to his brother Ronald, chairman of BBC and London County Council.

Location
Moor Place is close to the much sought after village of Much Hadham. The market town of Bishop’s Stortford is within 6 miles providing a wide range of shops and services.

Moor Place is in a rural setting yet only 40 miles from Central London via the A10, M25 and A1. Trains from Bishop Stortford take about 45 minutes to London Liverpool Street or about 30 minutes to Tottenham Hale tube station.

There is a sought after primary school in Much Hadham and a wide selection of fee-paying and state secondary schools within 15 miles of Moor Place. In addition there are a number of well regarded schools in the Cambridge area.

Racing is at Newmarket (42 miles) and Great Leighs (25 miles) and hunting with The Puckeridge. There are a number of golf courses locally including Hanbury Manor (8 miles) and East Herts (7 miles).

Directions
From the M25 take the A10 North towards Hertford, leave the A10 before Hertford, at the junction with the A414 for Harlow and Chelmsford. At the roundabout take the second exit for the A414 Chelmsford. At the next roundabout take the 4th exit to continue on the A414. After passing Briggens Place and just after the speed camera take the left turn onto Church Lane, signposted Hunsdon and The Hadhams. Continue on this road into Hunsdon and Acorn Street. At the end of the road turn right onto the High Street (B180) and keep left into Widford Road. Continue through Hunsdon towards Widford on the B180. In Widford at the end of the road, turn right towards Hadham Cross and Much Hadham. In Much Hadham, just beyond the war memorial, turn left through the gates and follow the drive towards the house. Continue straight ahead on the drive and follow it round to the left to arrive at the west side of Moor Place on a circular gravel sweep. 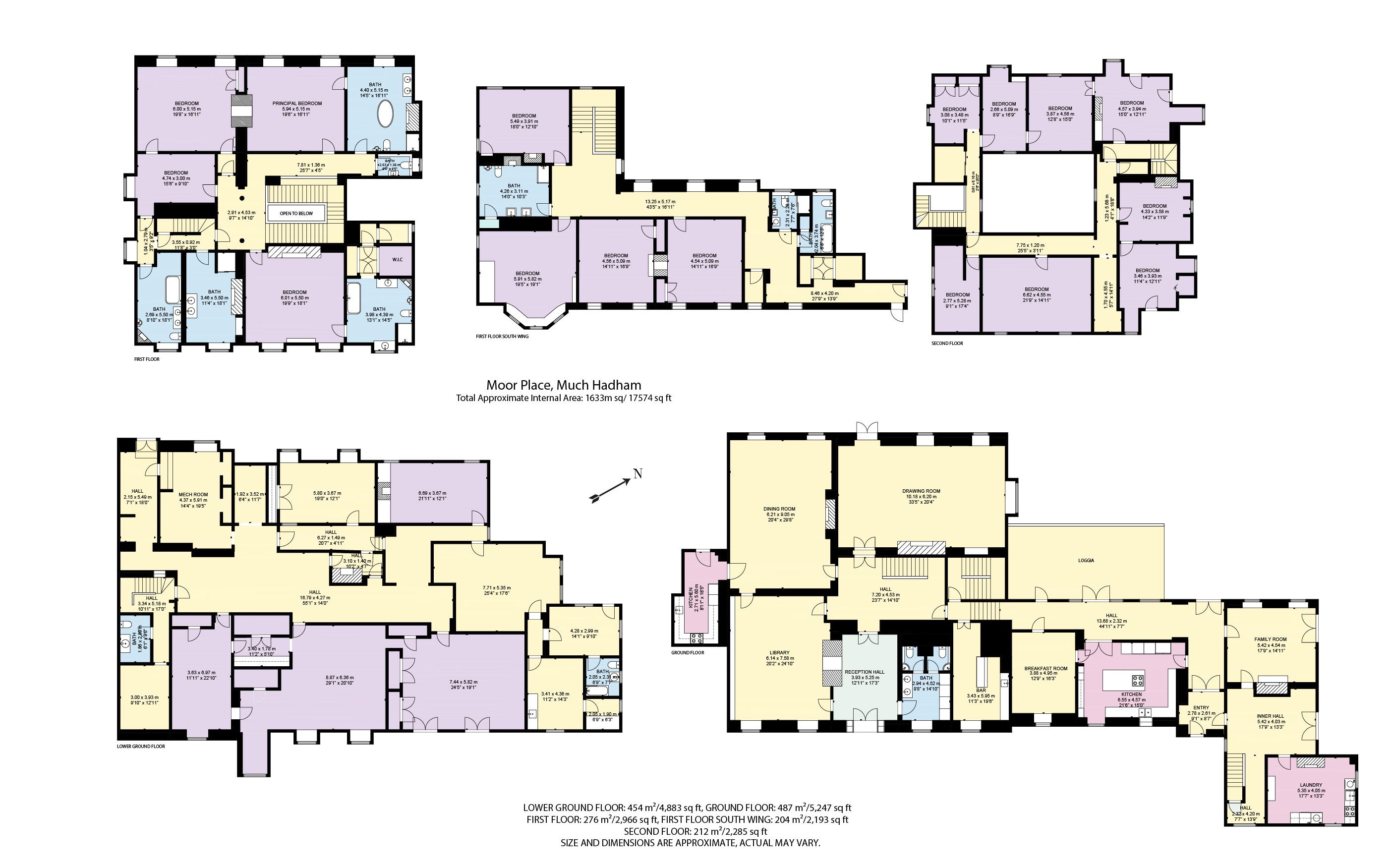 Property descriptions and related information displayed on this page, with the exclusion of Running Costs data, are marketing materials provided by Savills - Country Department, and do not constitute property particulars. Please contact Savills - Country Department for full details and further information. The Running Costs data displayed on this page are provided by PrimeLocation to give an indication of potential running costs based on various data sources. PrimeLocation does not warrant or accept any responsibility for the accuracy or completeness of the property descriptions, related information or Running Costs data provided here.

View all SG10 properties for sale

See all recent sales in SG10