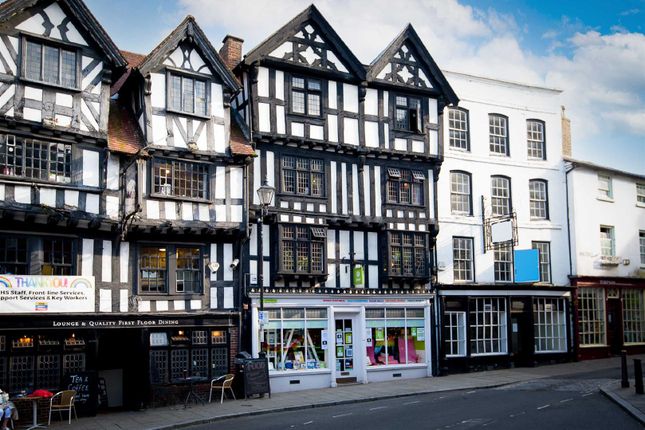 This beautiful Jacobean apartment is situated in the centre of Ludlow and offers 4 bedrooms. The current owners have exposed many original and interesting features during their restoration of the property. Arranged over three floors.

To live in the middle of the historic Medieval town of Ludlow is a joy indeed, to live in a Jacobean Grade II listed apartment arranged over three floors, and retaining many original features... To describe this four bedroom apartment is nigh on impossible as it is a truly unique opportunity to buy and reside in history.

The land at 45 Bull Ring was first purchased and built on in the mid C14th. This was the first building that began the reclamation of the town market area (specifically, the beast market) that steadily grew in the area east of the castle gates along the north side of the main road from the east. Close to the White Conduit (the town's eastern water supply now the site of the Tolsey), initially, the buildings were mainly domestic. The current building dates from the early 1600s and was recorded as the Bear Inn by 1632. Inns, specifically, were licenced to offer travellers lodgings, decent food and drink and the first landlord, Thomas Hitchcox, offered all of that. Other landlords were associated with the building right up to the very early C19th and some of the decorative survivals in the house clearly come from this period. On the second and third floors, particularly, are areas of surviving wall papers and limewash decoration, of early coat pegs and very early stairway splat balusters. There are original surviving floorboards throughout, doors, panelling, staircase and winder-stair and beams giving evidence to the buildings age and its construction.

The 6 foot long fragment of decorated plasterwork ceiling on the first floor is considered to have been installed at the same time (around 1620) and by the same craftsman as the famous ceilings in the Feathers Hotel at the other end of the Bull Ring. Outside, the corbels high up on the front elevation, are considered important and are in the form of stylised dolphins.
By 1814 the Bear had become a pharmacy and by the turn of the C19th it was Woodhouse's chemist shop. There is still, in the current apartment, an Edwardian hair preparation bottle of Woodhouse's manufacture. In 1965, Woodhouse's became Boots the Chemist witnessed by the Boots branded toilet paper holder in the current bathroom!
The current owners have tried hard to preserve the building's history and have spent 20 years gently peeling back the layers of recent works to reveal much that was, hitherto, hidden.

Enter the property and climb the stairs to the first floor, where your amazing journey begins. The entire first floor is open plan to provide a drawing room, dining room and kitchen with square bay windows overlooking the high street. The drawing room offers an understated elegance, that one would expect of this period and the current owners have made sure that all their furniture reflects both the period and as said before the elegance. Take the stairs to the second floor and there you will find the snug/bedroom three, with an original understairs cupboard, hidden for many years and revealed during restoration work. This wonderful room boasts wooden floor boards and original paper from the Georgian era. The master bedroom is located on the second floor and is currently used as an amazing dressing room, with original wallpaper and walk-in-wardrobe. The bathroom has been created to enhance the era and splendour of the this really fantastic home and to describe it would undermine its elegance and grandeur. Take the stairs to the third floor, where the current owners use bedroom four as their master, as it offers far reaching views over the town and the ever-standing roof tops. Bedroom two is used as their office and library providing a wealth of book shelves and a quiet area of reflection.

The property has mains gas electricity, water and drainage and the Council Tax Band is A

The property is leasehold and currently has 78 years to run

Pepper Lane is located in the heart of Ludlow's thriving town centre and within the Old Town Walls. Being on the doorstep to the town centre you will find a range of independent traders, shops and cafés with frequent open air markets, food festivals, events and the infamous
Castle. Regarded as one of the best "foodie" towns in the country and with some of the most beautiful buildings anywhere which showcases how building forms have developed from the medieval period through to the 18th and 19th Century.

Transport facilities are brilliant with good road and rail links to all major towns and cities. Shrewsbury to the north and Hereford to the south are located approximately 25/30 miles away and offer extensive entertainment and leisure facilities and a wide range of national and chain stores. 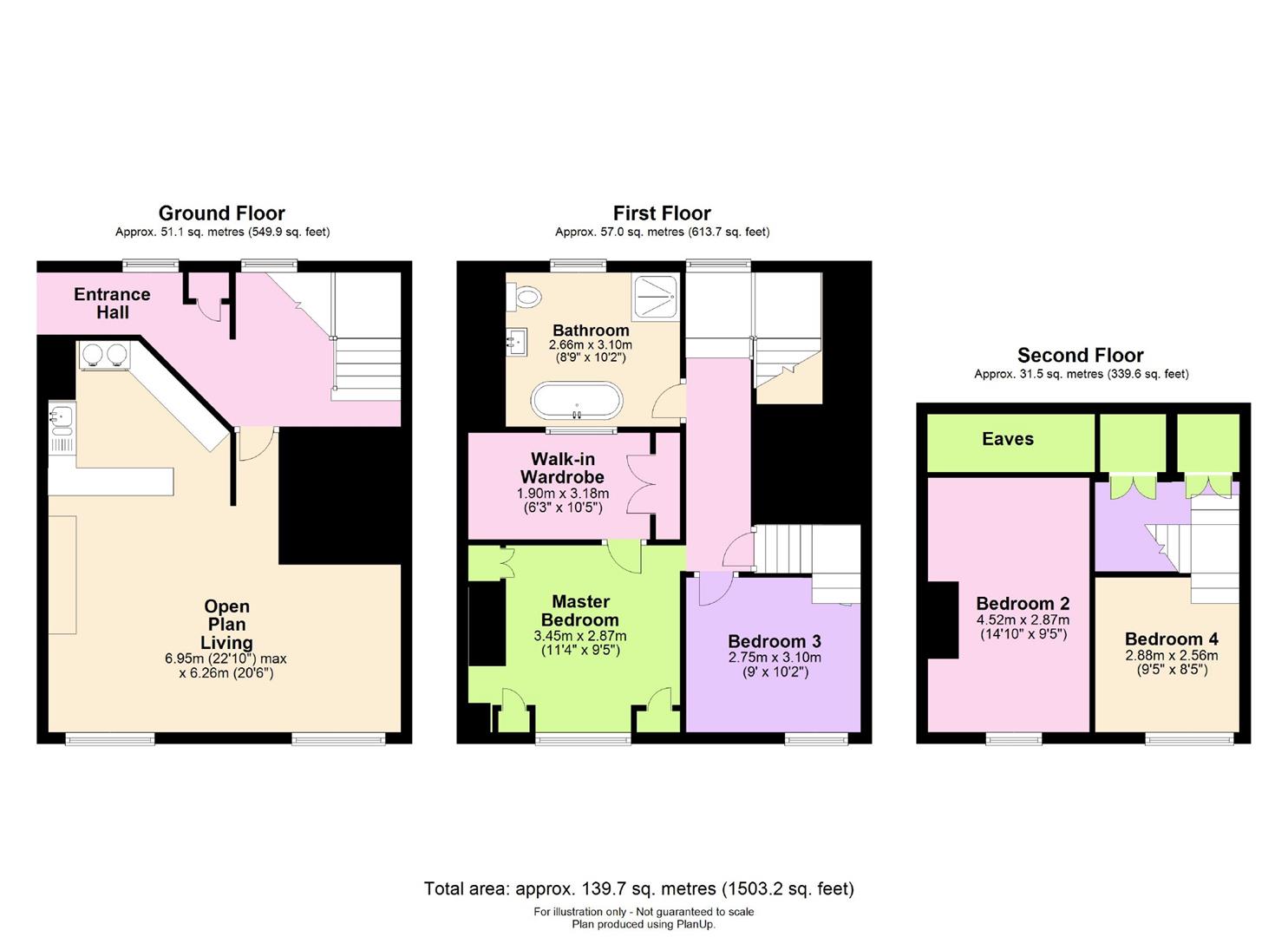 Property descriptions and related information displayed on this page, with the exclusion of Running Costs data, are marketing materials provided by Cobb Amos, and do not constitute property particulars. Please contact Cobb Amos for full details and further information. The Running Costs data displayed on this page are provided by PrimeLocation to give an indication of potential running costs based on various data sources. PrimeLocation does not warrant or accept any responsibility for the accuracy or completeness of the property descriptions, related information or Running Costs data provided here.

See all recent sales in SY8