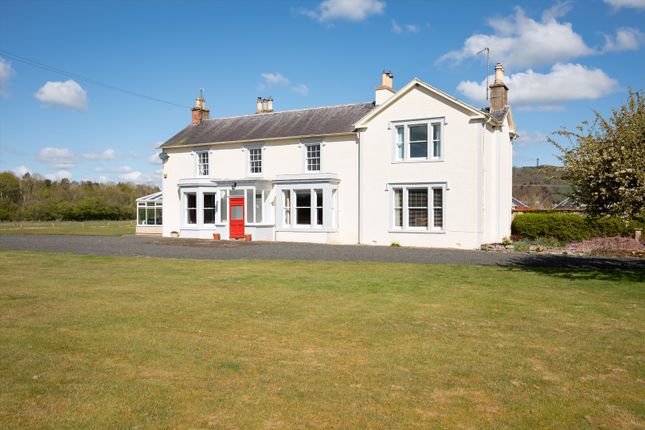 Mounthooly House forms part of a charming small country estate set in approximately 14.32 acres. The house dates from the latter part of the 18th century with later additions. It is built of rendered stone under a slate roof, with contrasting stone margins and bay windows. The house, by virtue of its open aspect, benefits from a wonderfully light and bright atmosphere. It provides adaptable family accommodation together with well-proportioned reception rooms and retains a wealth of period features, not least the panelled dining
hall. The conservatory adds significantly to the available accommodation, as does the recent addition of a fourth bath/shower room adjacent to bedroom 8/study. Otherwise, the house has recently undergone a full programme of maintenance/repair which includes a new boiler and work to the roof.

At the back door, is a log shed, a single garage, two garden stores, a potting shed and a greenhouse. To the east of the house are the main outbuildings which are attractive and built of stone under slate roofs. They consist of two ranges at either side of the private yard and include loose boxes, tack room, garaging for five cars, loft space and storage. Subject to obtaining the necessary consent, they have huge
potential for conversion to alternative use such as office space and/or holiday cottages

Gardens and Grounds
A gravel driveway sweeps round to the front of the house and exits back onto the public road. The gardens have been beautifully maintained and very much add to the character of Mounthooly House. From spring onwards there is a great show of colour with a wide variety of spring flowers both around the house and in the woods. Bordering the front lawn are herbaceous borders with flowering shrubs and hedge-rows, rose bushes and mature trees. The lawn extends around the back of the house and adjoins the 2
fields which are well fenced and have their own water supply. There are pedestrian and vehicular rights of access through the neighbouring farm steading in to Mounthooly House; the old railway line is a Core Path and forms part of the Borders Abbey Way.

Mounthooly House is in a magnificent rural location, just 2 miles north of the historic Royal Burgh of Jedburgh, close to where the Jed Water flows into the River Teviot, amidst some of Roxburghshire's richest farmland. Berwick-upon- Tweed is situated only 30 miles to the north east, with its inter city rail connections to both the north and south. The journey by rail from Berwick-upon-Tweed to Edinburgh currently takes about 45 minutes, whilst the journey to London takes about 3 hours 40 minutes. Edinburgh and its international airport lies about 46 miles to the North West. Jedburgh, with its rich history, ruined Abbey and common riding, has a good selection of local services including both primary and secondary schools. Melrose (approximately 11 miles to the North West) is the location for St Marys Preparatory school which takes children from the
ages of 3½ to 13. Close by is the rail terminus for the new
Borders railway at Tweedbank (journey time to Edinburgh
approximately 1 hour).
Mounthooly House is ideally situated for those wishing to
take advantage of the wealth of recreational opportunities
available in the Scottish Borders, an area renowned for its
unspoilt beauty, strong equestrian tradition and a rich variety
of sport. 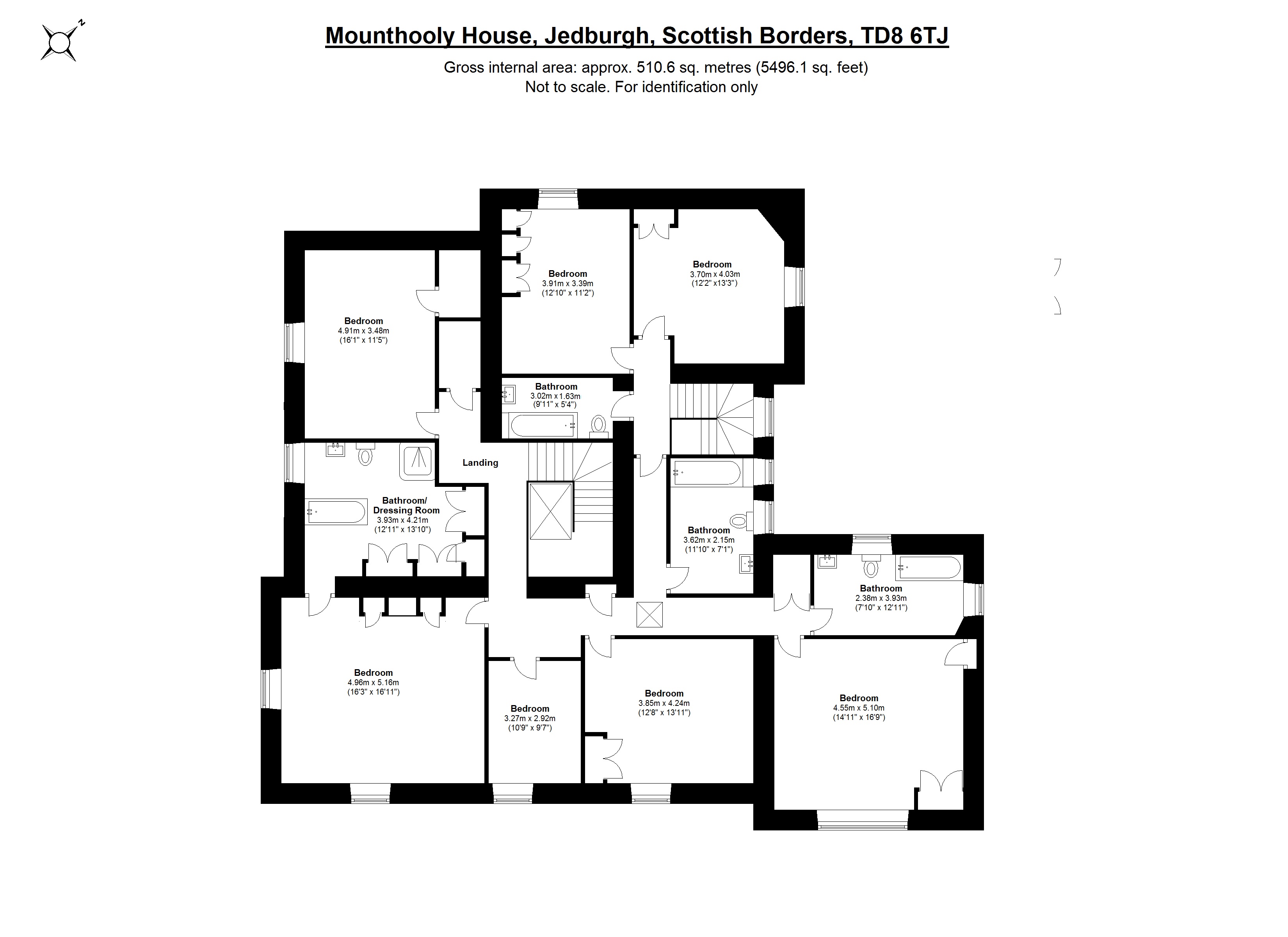 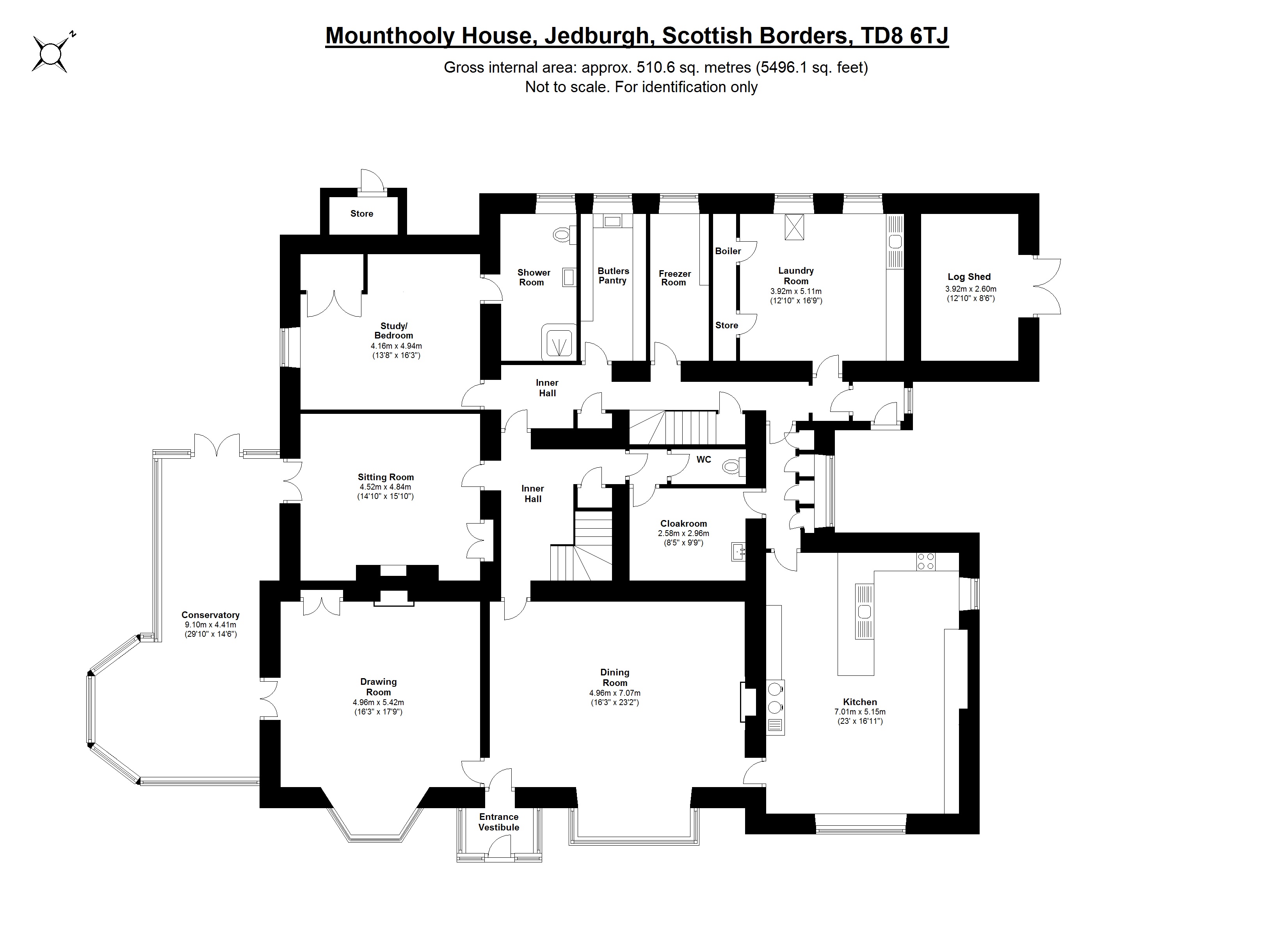 Property descriptions and related information displayed on this page, with the exclusion of Running Costs data, are marketing materials provided by Knight Frank - Edinburgh Sales, and do not constitute property particulars. Please contact Knight Frank - Edinburgh Sales for full details and further information. The Running Costs data displayed on this page are provided by PrimeLocation to give an indication of potential running costs based on various data sources. PrimeLocation does not warrant or accept any responsibility for the accuracy or completeness of the property descriptions, related information or Running Costs data provided here.

View all Oxnam properties for sale

View all Oxnam properties for sale

See all recent sales in TD8