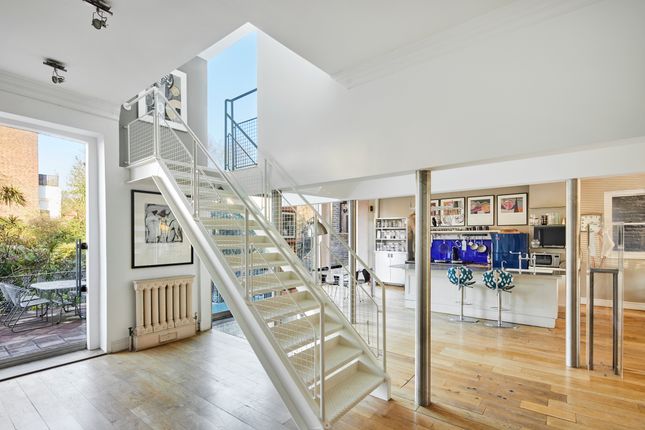 This remarkable double-fronted detached house is brilliantly situated on Lancaster Grove, between Belsize Park and Primrose Hill. Set behind a large front garden, it has off-street parking for several cars and a wonderful private garden to the rear. The house blends expanses of open-plan living with a series of capacious living spaces across 5,500 sq ft, including six bedrooms and a further two bedrooms within a self-contained apartment on the lower-ground level.

The front entrance sits between large double bay windows and opens to a wide lobby and hallway, leading left to a library and office, and ahead to the open ground floor. This spectacular space comprises a kitchen, living and dining room, with oak flooring throughout, interrupted only by series of steel supporting pillars and a dramatic steel staircase at the rear.

Following the sightline from the front entrance, a soaring double-height section of glazing punctuates the rear façade with a pair of glazed sliding doors beneath. These allow light to pour into the space, as does the floor-to-ceiling bay window beyond the kitchen and the south-facing bay window of the dining room. Stainless steel has been used in the kitchen, most notably for its island, which contains a gas-fired Aga.

A hatch in the floor opens to an open-tread timber staircase, offering a route down to the lower-ground level. Much of this floor is occupied by the two-bedroom apartment, which can be split into two separate studios, each with its own access and kitchen. At the rear is a large living space, currently used as a study and meeting room, with access through the glazed bay to a lightwell and the garden beyond.

The first floor also manages to exist as its own suite, arranged around the principal bedroom, dressing room and en suite bathroom, with a sweeping double reception that benefits from the light of two aspects. There are five further bedrooms on the second floor, one with an en suite bathroom, and a shower room between the remainder.

The garden at the rear is beautifully arranged in defined sections, obscured from one another by mature beds of fatsia Japonica, Mediterranean fan palms and a plethora of evergreen and seasonal varieties.

Steps lead from the first floor to the enormous flat roof. Planning permission was previously permitted to build a substantial glass living space above the top floor, with roof garden, which would make a wonderful music room. The views from this elevated position are fantastic in all directions.

Lancaster Grove is located close to the shops and cafes on England’s Lane. Primrose Hill and the beautiful Regent’s Park are a short walk away to the south, and so too are Hampstead and Belsize Park village are to the north. 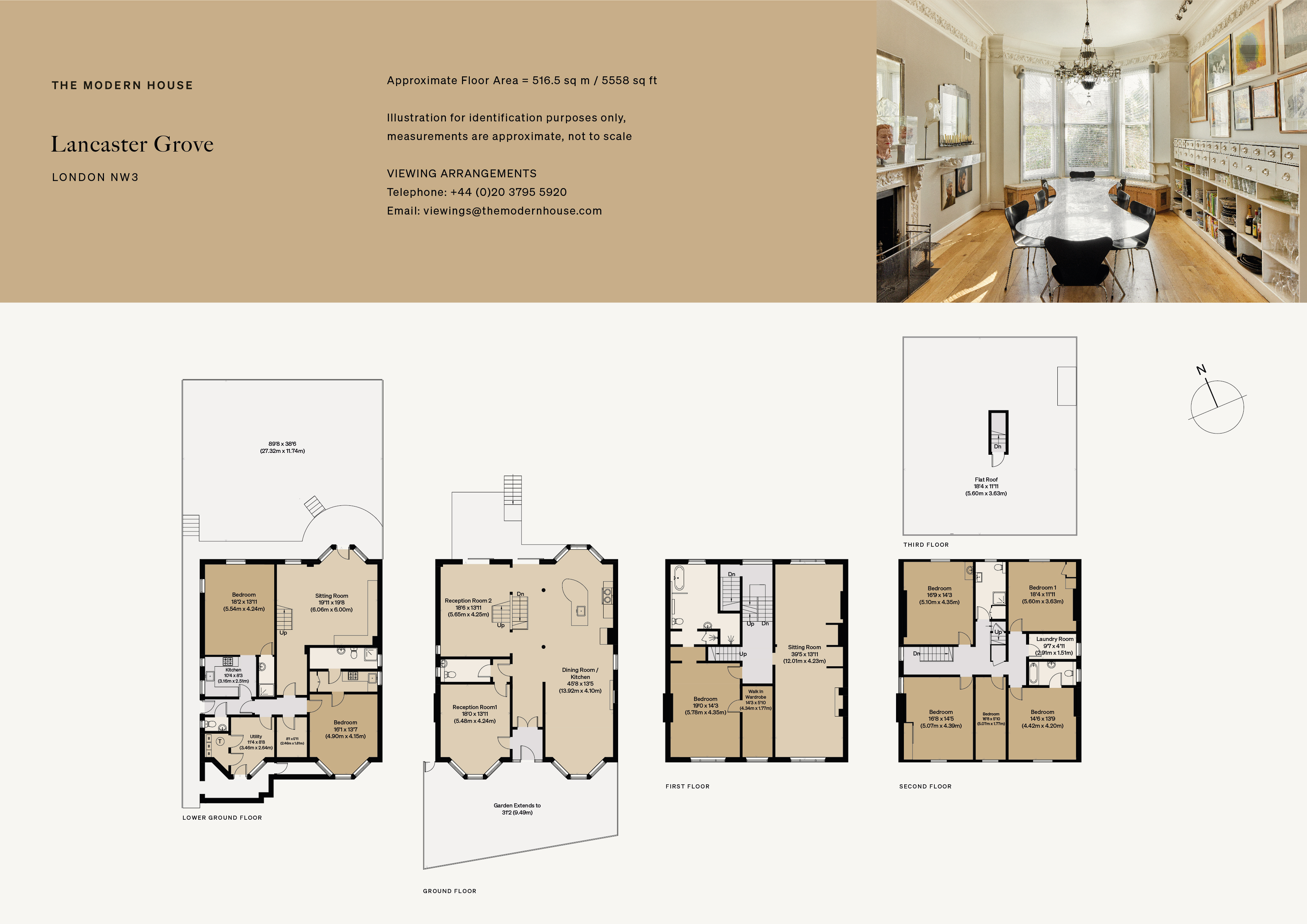 View all NW3 properties for sale

View all NW3 properties for sale

See all recent sales in NW3