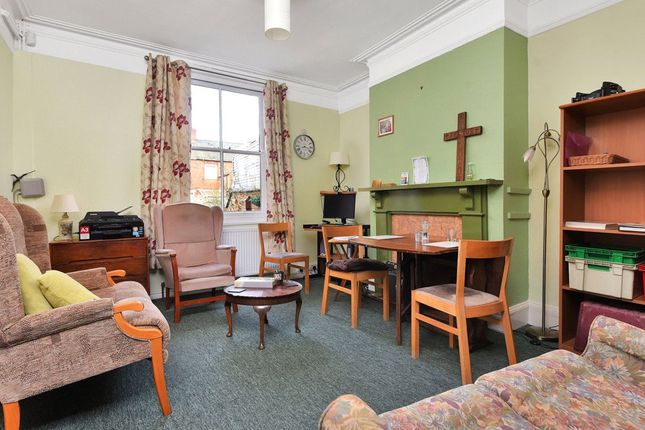 A pair of substantial Victorian houses with period features in a convenient location close to the town centre<br/></br>
<b>Situation</b>
The properties stand close to the end of a no through road in the St James district which is to the north west of the town centre. It is home to Northampton Saints Rugby Club, and nearby Weedon Road offers a good range of local shops, businesses, and public houses. St James also has a library, church and primary school facilities.
Northampton town centre is less than a mile away, with the train station offering mainline services to London Euston and Birmingham New Street. The area is served by two principal roads,
A428 Harlestone Road and A4500 Weedon Road, the A45 ring road can be reached in less than 2 miles and J15A of the M1 in less than 3 miles.
</br>
<b>Description</b>
These two imposing buildings are of brick construction under a concrete tiled roof and stand at the end of a terrace of smaller
Victorian homes. The houses are currently occupied as one 10 bedroom dwelling with a shared kitchen which straddles both
buildings and there are connecting doors at ground and second floor levels. Both buildings have large double reception rooms, and
access from the hallway to a shared rear garden.
Each property has three bedrooms at first floor level and two each on the second floor. There are generous basement storage rooms in both properties. The two buildings would lend themselves to occupation as two single family homes, subject to the necessary consents.
</br>
<b>Accommodation</b>
Number 45 is entered directly from Argyle Street and into an entrance hall which runs directly through to the shared kitchen at the back of the house, with access to the rear garden. Stairs lead
down to the basement with a spacious storage room and separate cupboard, with electric fuse board and gas meter. There is a generous double reception room with large windows at either
end and two fireplaces, one with a marble surround, and attractive cornice with central ceiling roses and a picture rail. On the first floor half landing is a bathroom with bath and electric
shower over, basin and WC. There is an adjacent wet room with shower, basin and WC. Stairs lead up to two double bedrooms and a single bedroom on the first floor. The second floor bedrooms are both particularly spacious double
or family rooms with exposed ceiling beams. From the half landing a connecting doorway allows access to number 47 next door.
Number 47 is entered via a separate entrance door from Argyle Street into an entrance/staircase hall, with electricity cupboard and meter. To the left is a sitting room with a large picture window
to the front and wide archway opening onto the dining room which has access to the garden through glazed sliding doors. Stairs lead down to a spacious basement cellar. To the rear is a kitchen which runs along the back of both
buildings. It is well fitted with wall and base units, a large Smeg range with electric oven and a five ring gas hob with extractor hood over. There is a sink unit and Belling electric oven. A side door opens onto the garden and another door opens onto a rear lobby, and through to a guest cloakroom/WC. To the side is a larder cupboard leading to a utility room which is fully plumbed for washers, dryers and fridges. It also houses the gas central heating boiler. From the entrance hall, stairs lead to the first floor via a half landing, off which is a box room and shower room, with WC and basin. To the rear at first floor level is a double bedroom and at the front of house is a double and single bedroom, served by a shower
room with WC and basin. On the second floor are two large double/family rooms with exposed beams, served by a bathroom with bath, basin, WC and shower.
</br>
<b>Outside</b>
To the rear and accessed from both properties is a small paved courtyard garden with flower beds, some attractive shrubs, and a garden shed. 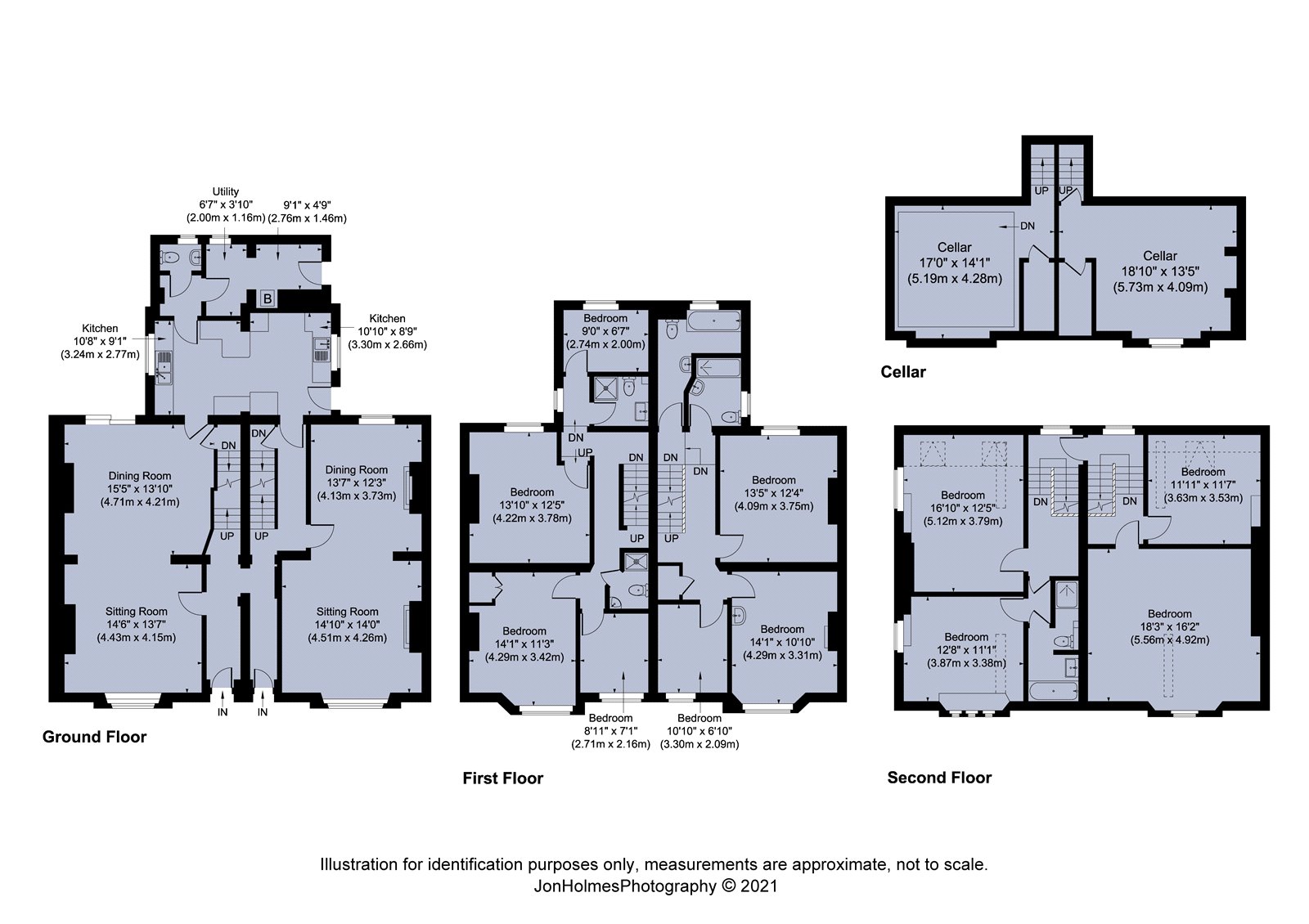 Property descriptions and related information displayed on this page, with the exclusion of Running Costs data, are marketing materials provided by Fisher German Market Harborough, and do not constitute property particulars. Please contact Fisher German Market Harborough for full details and further information. The Running Costs data displayed on this page are provided by PrimeLocation to give an indication of potential running costs based on various data sources. PrimeLocation does not warrant or accept any responsibility for the accuracy or completeness of the property descriptions, related information or Running Costs data provided here.

See all recent sales in NN5