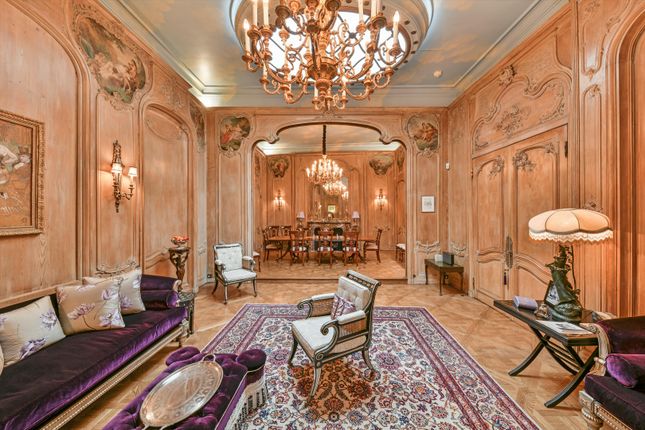 Located in the heart of Knightsbridge on Ovington Square, this white stucco-fronted house, requiring work, offers an abundance of grand and bright living space across six floors. Extending to approximately 4,768sqft the property leads into a welcoming entrance hall and reception room, which enjoys access onto a large, private terrace. From the reception room, there is a truly unique and impressive Grand Salon, which has been meticulously designed to the highest standard, including the hand-painted ceiling, pine panelling and bespoke detailing from French chateaus. The lower ground floor of the property comprises a fully fitted kitchen and a study, that could also be used as a reception room.
The upper floors feature further entertaining space, including a grand library room, a reception room/study, as well as a large master bedroom with en suite bathroom and a delightful separate dressing room area. There are an additional three well-sized guest bedrooms and two guest bathrooms on the upper floors, as well as a further bedroom and en suite bathroom on the lower ground floor.

This Grand Salon provides an array of uses both formally and informally, and has in recent times held music recitals, cocktail receptions and dinner parties. Many well-known people have been entertained here over the years, including Bertrand Russell, Picasso, Richard Rodgers and the Prince of Wales and future Edward VIII. There have been many notable residents and a fascinating history of the house and its former occupants, most notably perhaps Thomas Earle and his wife Mary. Thomas was one of London's most famous sculptor's and many of his pieces may well have been imagined and worked upon in the house's Grand Salon, the former sculptor's studio. Violet Gordon Woodhouse, the great harpsichordist, also lived here and gave recitals on Sunday afternoons.

Ovington Square is a highly regarded address which sits between the Brompton Road and Walton Street. Within immediate reach are the world-famous shops, bars and restaurants of central London, as well as Harrods and underground stations to be found in Knightsbridge and South Kensington. 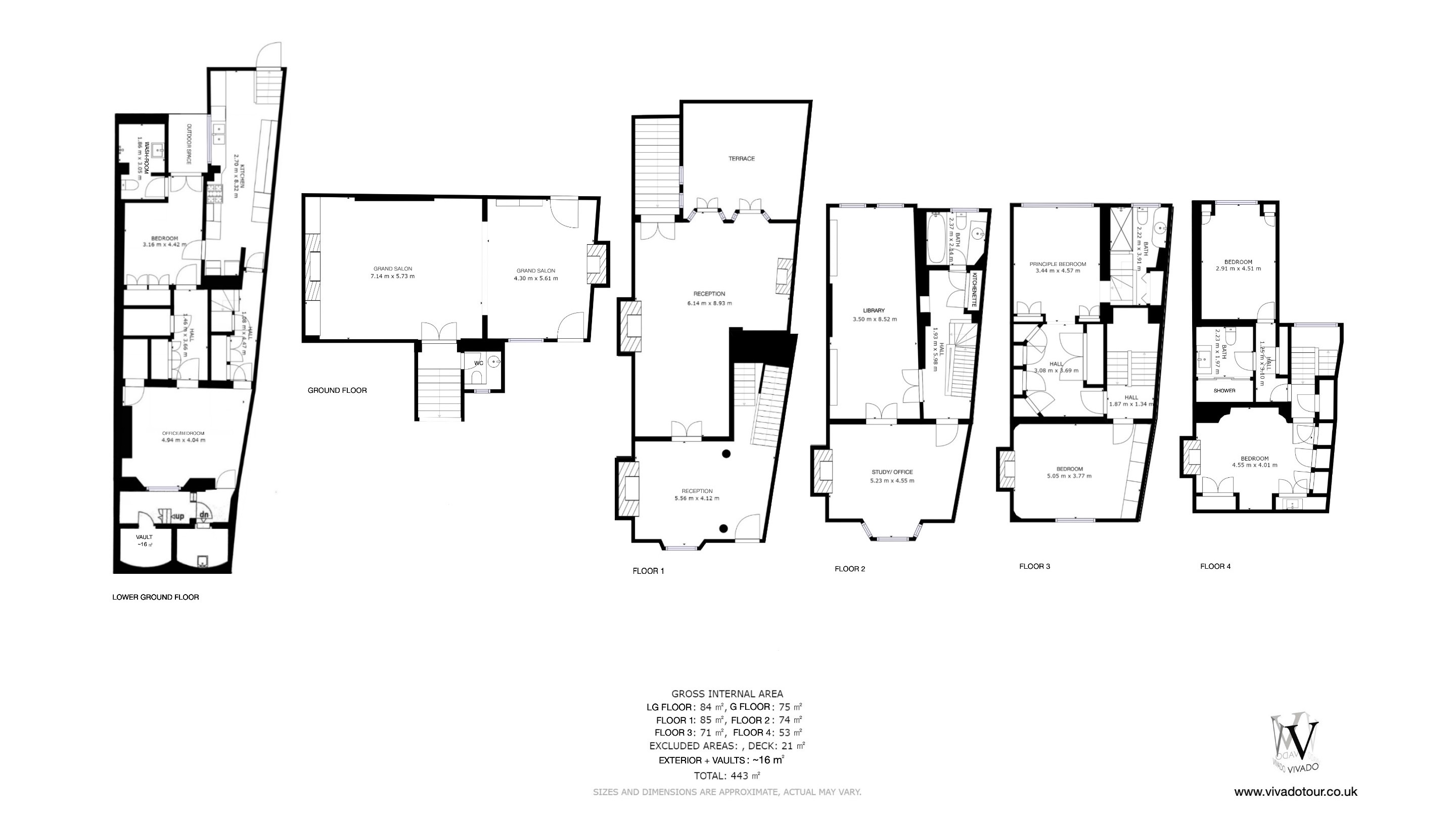 Property descriptions and related information displayed on this page, with the exclusion of Running Costs data, are marketing materials provided by Knight Frank - Knightsbridge Sales, and do not constitute property particulars. Please contact Knight Frank - Knightsbridge Sales for full details and further information. The Running Costs data displayed on this page are provided by PrimeLocation to give an indication of potential running costs based on various data sources. PrimeLocation does not warrant or accept any responsibility for the accuracy or completeness of the property descriptions, related information or Running Costs data provided here.

View all SW3 properties for sale

View all SW3 properties for sale

See all recent sales in SW3