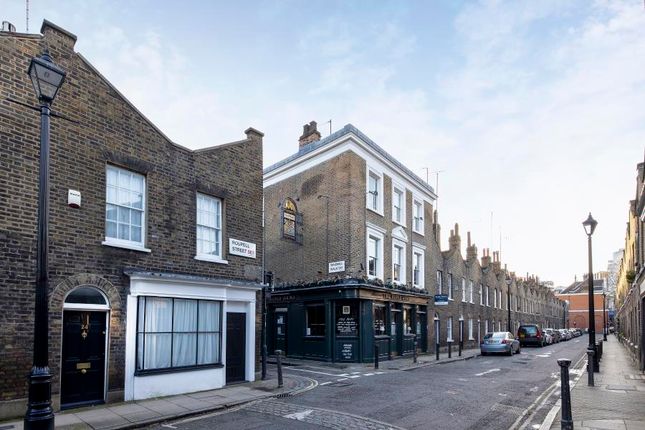 A wonderful house, positioned arguably in one of the finest location in SE1.
This beautiful period home includes a number of the original features such as wood panelling, wooden stairs and fireplaces.

The proportions are superb with three double bedrooms and a large bathroom upstairs. There is also a separate cloakroom for added convenience. On the ground floor you can find an impressive 25ft long double reception room, complete with a good size kitchen and a sunroom which is adjacent to the kitchen creating the opportunity to knock into one room, subject to the usual planning consents.

Additional benefit from off road parking included with the house which is incredibly rare to find in Central London, located to the rear of the wonderful south facing rear garden, that boasts its very own grapevine. The garden offers extra width than most in the street, and also has the added advantage of being private.
There is also a basement measuring just shy of 200 sq ft which comes with wine racks, and is perfect for storage, or more. (subject to planning

The area is surprisingly quiet given its location. There is hardly any traffic as Roupell Street is a no through road. Residents’ street parking is plentiful.
Formally a florist shop that went by the name of Phoebe's before being turned in a residential house in more recent years.
The house has been a happy family home for the family that lived here for many years. This is in no small part because the residents in this enclave of Georgian houses close to Waterloo and Southwark stations form such a friendly, close knit community. There are regular neighbourhood events (funded by proceeds from the TV and film location work), including Christmas and summer street parties. Did you know that the Grade II listed houses are regularly used as a backdrop for films, TV programmes and photoshoots. You may recognise them from programmes such as Call the Midwife, Doctor Who, Legend, and the opening credits of Ant and Dec’s Saturday Night Takeaway.

The house forms part of the coveted Roupell Street Conservation Area, which contains some of the best preserved Georgian terraces in London.
Roupell Street is one of four streets developed between the 1820s and 1840s. The houses were built by local businessman John Roupell, who owned a lead smelting and scrap metal business in Bear Lane, Southwark. In all, John and his son Richard built 82 houses in four streets. Roupell Street still bears the family name but the others have been renamed.

Roupell Street was built as an artisan’s cottage in the early 1800s and forms part of one of London’s best preserved Georgian terraces.

The Royal Festival Hall, National Theatre and bfi Imax, and of course the glorious South Bank and River Thames are all within 0.5 miles away from the house, further highlighting the unrivalled location of this home. A vast selection of pubs, bars, restaurant, shops and other amenities can equally be found within striking distance.
Waterloo underground and overground stations are just 0.2 miles away, meaning getting round the Capital and the South of England is easy. Many residents prefer to walk to their destinations such as the West End and the City which can be achieved with ease. 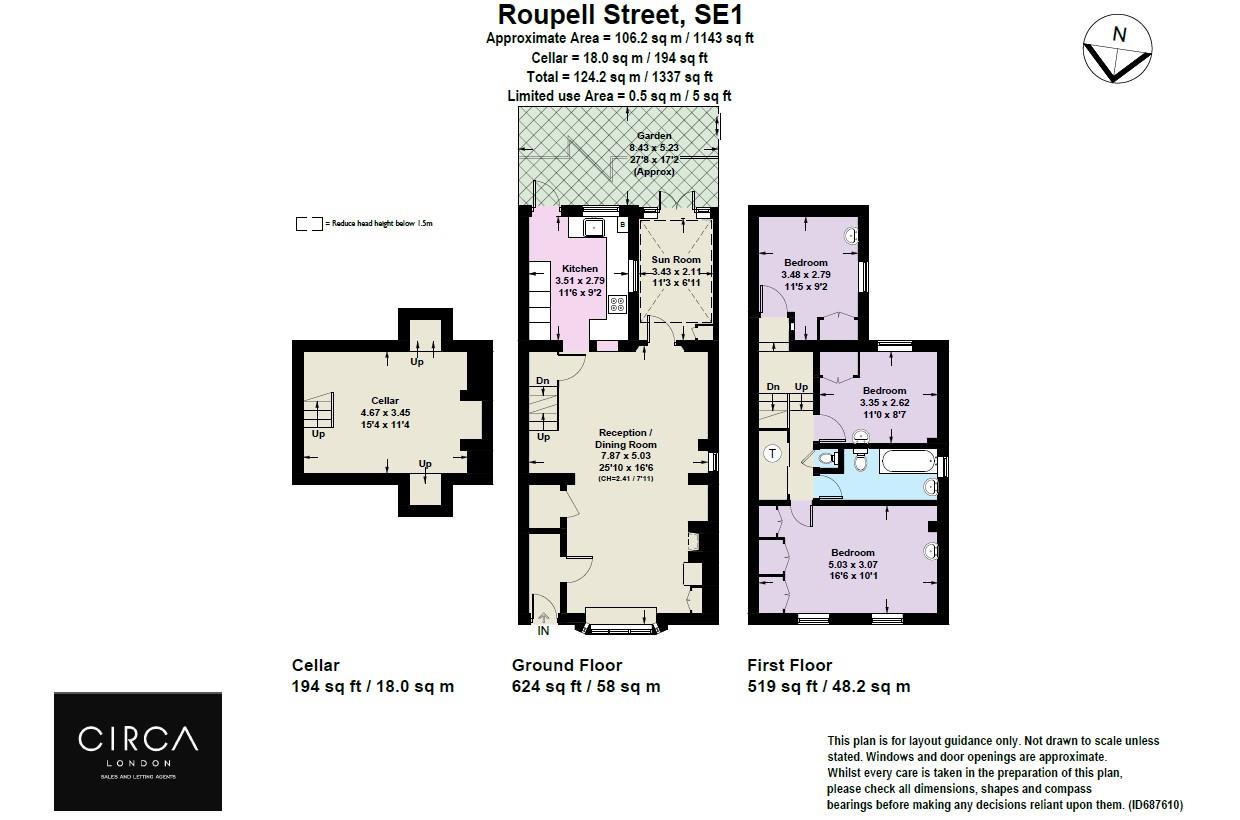 Property descriptions and related information displayed on this page, with the exclusion of Running Costs data, are marketing materials provided by Circa London, and do not constitute property particulars. Please contact Circa London for full details and further information. The Running Costs data displayed on this page are provided by PrimeLocation to give an indication of potential running costs based on various data sources. PrimeLocation does not warrant or accept any responsibility for the accuracy or completeness of the property descriptions, related information or Running Costs data provided here.

View all SE1 properties for sale

View all SE1 properties for sale

See all recent sales in SE1