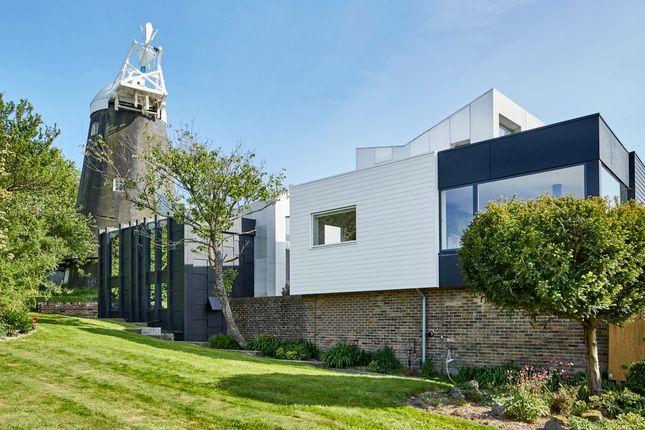 With exceptional views across the South Downs, this inspiring seven-bedroom home brings together a Grade-ii* listed 19th-century windmill and attached roundhouse, and a converted granary and 20th-century mill house, all in grounds of an acre and a half. The latter two alone combine to offer over 4,600 sq ft of accommodation and were completed in 2016 to a design by award-winning architect Sarah Featherstone of Featherstone Young. The house itself was the recipient of two riba awards in 2017, including a Conservation Award.

The Clayton Windmills, known locally as Jack and Jill, are set high above the village of Clayton in West Sussex, seven miles north of Brighton. The property includes the site of Duncton Mill, built in 1765, and of which only the roundhouse remains, and Jack Windmill, a five-storey tower mill built in 1866 to replace Duncton. Positioned beneath the site to the north is Jack’s pair, Jill, which remains a working mill and is open to the public on Sundays for part of the year.

The Mill House was originally built in 1963 for golf writer and broadcaster Henry Longhurst and was designed by Brighton Marina architect Peter Farley. Modernist in style, it maintains the traditional black-and-white vernacular of Sussex mills, boldly updated by Featherstone Young’s design with a brilliant punched-aluminium facade in a seed-scatter pattern; a reference to the agricultural past of the site. These aluminium forms slot over the existing structures along the axis of the two windmills creating a faceted roofline inspired by the motion of the windmill sweeps.

Entry to the mill house is at ground level to an entrance hall with glazing and access at both aspects. There are three bedrooms and a shower room on this level, all situated to the left of the hall, and a utility room to the right.

An open-tread staircase rises to the first floor where there are two further bedrooms and a family bathroom. Most of this level, however, is given to a sweeping open-plan kitchen, dining and living room with oak-parquet flooring, suspended log burner and a substantial amount of glazing with incredible panoramic views. The kitchen is bespoke and has a basalt worktop and a kitchen island topped with iroko. From here there is access to an enormous terrace with steps down to the garden. A study area, clad in white-stained ply and with glazing that looks directly out at the aluminium shell, has been created on the second floor.

A walled courtyard links the mill house and the granary, which, having suffered years of neglect, was stripped back and encased by a new roof structure, retaining what was left of the original timbers. It’s a versatile, open space with a raised-ground level seating area and steps down to an expansive double-height entertainment room (currently used for music) with floor-to-ceiling glazed sections and concrete floors. There are two bedrooms and a wet room on the upper level, reached by a lantern-like staircase clad in semi-opaque acrylic. A tunnel, accessible via a dramatic black-tiled wall, is used as a wine store and leads underground to Jack.

The one-and-a-half acre garden has, at its centre, a wonderful a stone-walled dining space, as well as a wood-burning pizza oven, growing beds and a fruit orchard.

Clayton is a small village known principally for the magnificent murals of its Anglo Saxon church. It’s situated at the foot of the South Downs, among wonderful walking trails, between the popular villages of Ditchling and Hassocks.

Hassocks has banks, a chemist and a post office, and Ditchling has a number of independent shops. Hurstpierpoint, also nearby, is a charming village with a variety of independent shops which include a butcher, bakery, bookshop and gift shops. There are also several restaurants and pubs in the villages. Haywards Heath, Burgess Hill, Lewes & Brighton are all nearby for a wider offering.

There are a several highly regarded schools in the local area, both state and private and for all ages.

The train station at Hassocks runs services to London Bridge and Victoria with journey tines of under an hour. The A23 also provides quick access to London, the M25 and Gatwick and Heathrow airports. 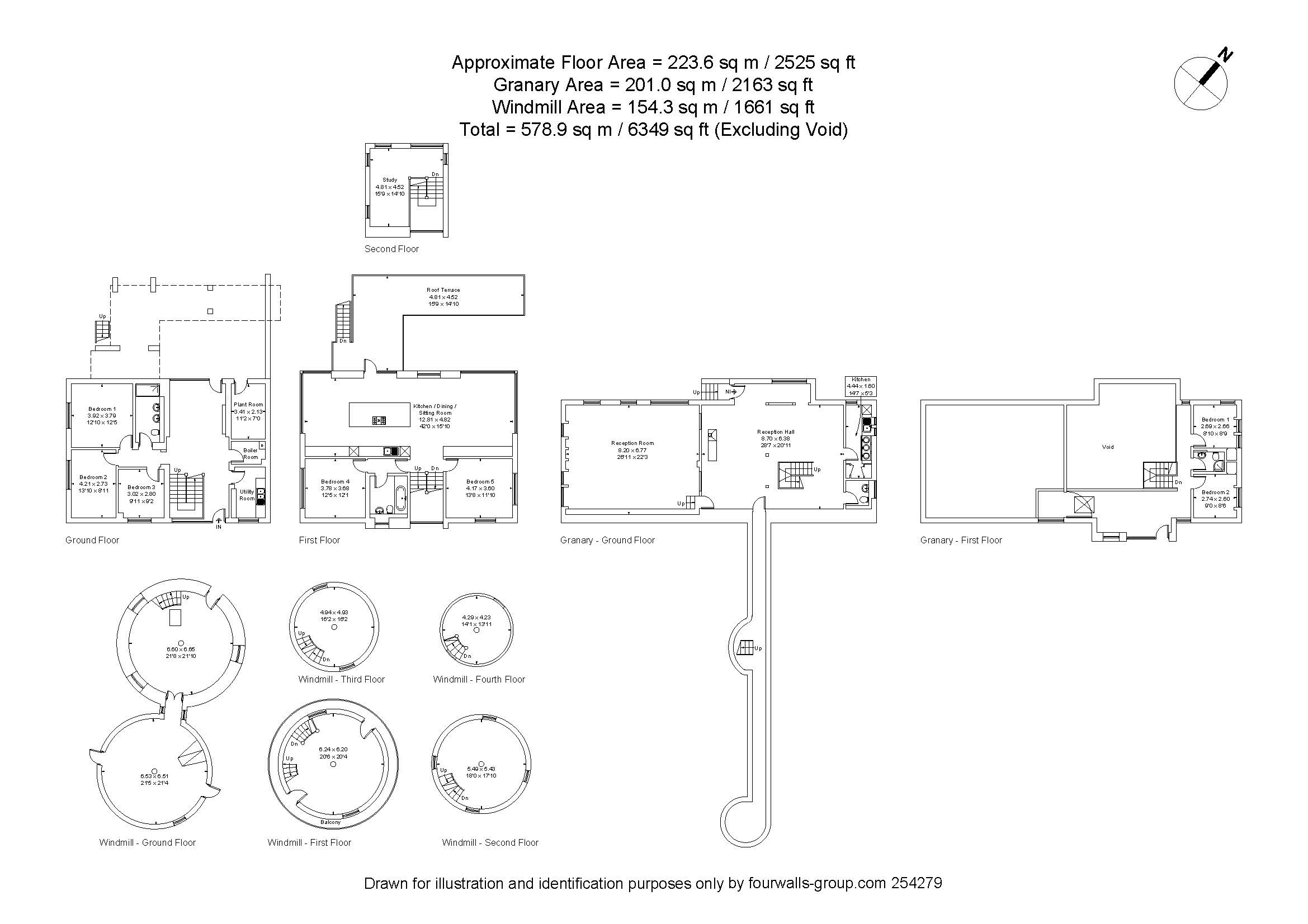 See all recent sales in BN6