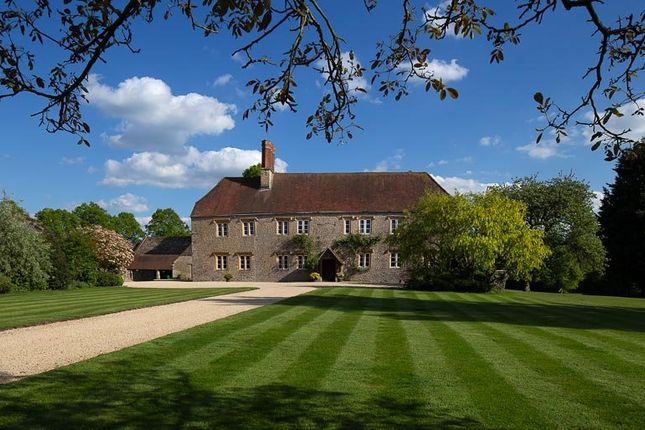 Manor Farm is an impressive and historical family house in an idyllic setting surrounded by its own land of just under 30 acres. Offering plenty of ancillary accommodation, the property has been owned by the same family for over 40 years and represents a rare opportunity to acquire an unspoilt Oxfordshire country house.
The house is approached via electric gates down a long private gravel driveway. Built in the late 16th century, the façade is impressive and typical of the period with stone mullion windows and fine proportions.
Entering through the front door there is a good sized reception hall with an open fireplace. This room opens through to the kitchen with walnut units, a breakfast area, double aspect windows and Aga. A rear hall has a downstairs cloakroom, a larder, study and coat room as well as access to the courtyard. Also on the ground floor there is a spacious and impressive drawing/dining room with Grade II* listed original fireplace. There is also access to the cellar and a further guest cloakroom.
The magnificent staircase is specifically referred to within the listing and is a significant feature of the property. The first floor comprises three/four bedrooms including impressive master bedroom suite. On the second floor there is a further bedroom with a bathroom, and another room known as The Chapel with a listed ceiling which has potential for a 5/6th bedroom.

Situated north of Bicester, Hardwick is a small and peaceful village in Oxfordshire with a parish church, ideally situated for access to the M40 and the extensive motorway network. Manor Farm is located off a quiet lane and surrounded by open countryside.
The house is well located for the London commute with the Chiltern Line at Bicester. Heathrow, Luton, Birmingham and Milton Keynes are all accessible. The nearby historic market town of Bicester provides a wide range of local and national shops together with cafes, pubs, restaurants and supermarkets. There are weekly markets on Fridays in the town centre as well as farmers’ markets and an occasional French market. Just south of Bicester is the designer outlet centre Bicester Village Shopping Centre. Also nearby and within easy access is the historic city of Oxford and additional shopping facilities are in Banbury. Manor Farm is perfectly situated for a number of sought after schools in the area including Bloxham, Winchester House, Beachborough, Tudor Hall as well as the top Oxford schools, including The Dragon, Summer Fields, Cothill, Chandlings Manor, Oxford High, Headington, St Edwards and Magdalen College.

The house is accessed via a gravel drive with lawn on either side and is surrounded by a stone wall, mature trees and various attractive stone outbuildings. To the left hand side of the house there is a courtyard surrounded on two sides by further outbuildings; several log stores and two significant and spacious barns which not only provide extensive and adaptable space but also shelter the house and courtyard, forming part of the boundary. The third side of the courtyard is bordered by a stone wall which encircles a grass paddock. There is also a billiard room which overlooks the paddock which was converted from former stables.
There is a three bedroom cottage to the left of the driveway with its own garden and independent access.
Manor Farm benefits from beautiful grounds including lawns, woodland and arable farmland, which extends to just under 30 acres. There is plenty of space for a family looking for a rural and private lifestyle, together with a number of notable historic features; such as period barns, courtyard, and the four medieval fishponds. There are mature trees and herbaceous borders throughout and a mix of formal and informal gardens, a garden orchard, tennis court and walks throughout the grounds. The overall feeling is of space and privacy. 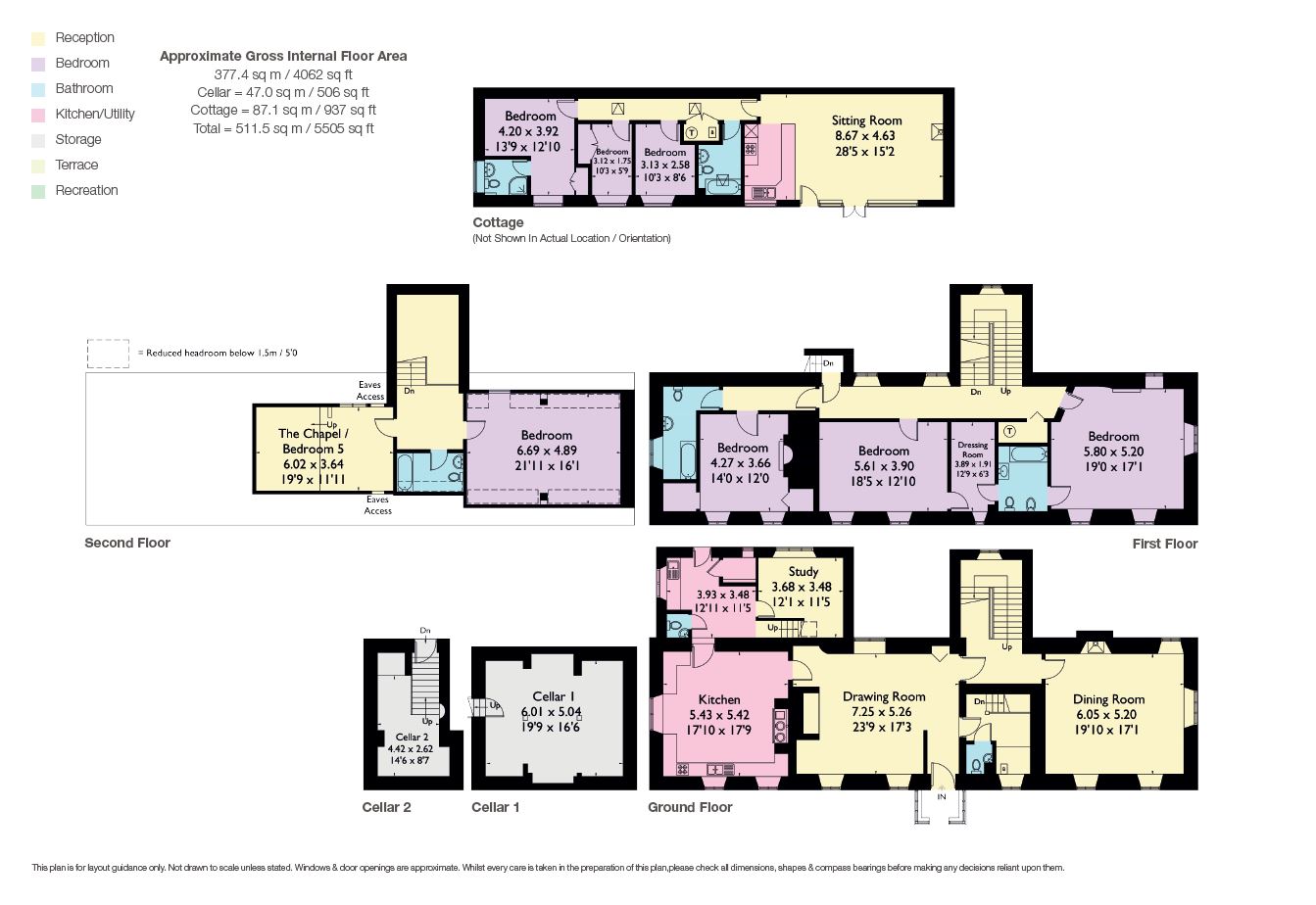 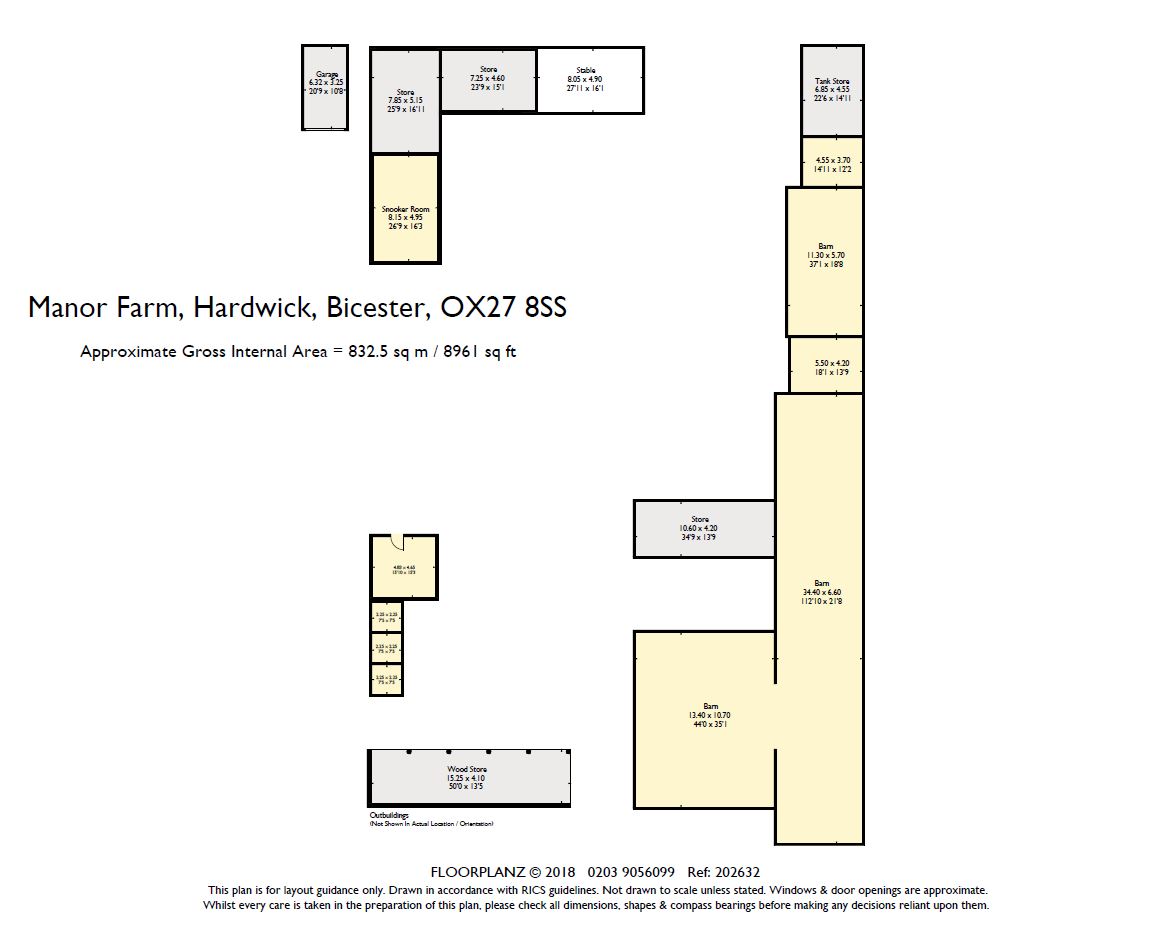 Property descriptions and related information displayed on this page, with the exclusion of Running Costs data, are marketing materials provided by Strutt & Parker - Oxford, and do not constitute property particulars. Please contact Strutt & Parker - Oxford for full details and further information. The Running Costs data displayed on this page are provided by PrimeLocation to give an indication of potential running costs based on various data sources. PrimeLocation does not warrant or accept any responsibility for the accuracy or completeness of the property descriptions, related information or Running Costs data provided here.

View all Hardwick properties for sale

View all Hardwick properties for sale

See all recent sales in OX27