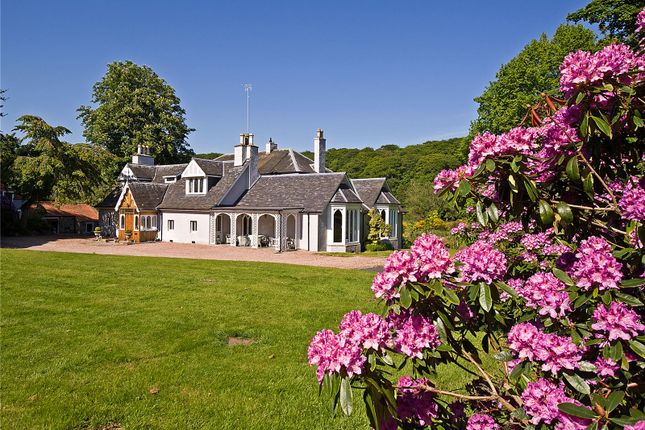 Glenseaton Lodge dates back to the 14th century when it was originally a two-roomed miller’s cottage.

John Forbes White, a patron of several Scottish artists in the 1860s commissioned Daniel Cottier to design, build and decorate the main drawing room and dining room. Cottier was a pre-Raphaelite stained glass artist and interior designer based in Glasgow and later in New York and Australia. His painting, stencilling and furniture grace the two big rooms he built along with the original marble and stone fireplaces. Examples of his work can also be found in the stained glass windows of St Machar’s Cathedral across the river from Glenseaton. Arthur Melville, an artist friend of White likened the then Seaton Cottage to that described in a short poem by R.L Stevenson.

Go, little book, and wish to all

Flowers in a garden, meat in the hall

A bin of wine, a spice of wit

A house with lawns encircling it

A living river at the door

A nightingale in the sycamore

This stunning family home is full of character and period features and the accommodation is set over three levels, with a section of the property containing a potential self-contained flat. The attention to detail is evident throughout, highlighting the exquisite craftsmanship of the original era.
At ground floor level are the main reception rooms, which include a south facing sitting room and elegant drawing room with yellow pine floor. A Door leads into the dining room with vaulted cedar wood ceiling and oak floor with large bay windows and doors to the garden.
The large family kitchen and utility room are on the lower ground floor with an eastern aspect with back door and access to the apartment. Access to the separate apartment can also be found in the main hallway.
On the first floor is a feature landing with large storage cupboard, and gothic doors to the four large bedrooms, all with lead pane windows. Two bedrooms have fitted gothic style wardrobes. There is also a single bedroom/office on this level. There is a family bathroom with separate shower and Jacuzzi bath.
The potential self-contained apartment would share the back door, but then includes a bedroom and a bathroom on the lower ground floor and a secondary kitchen and sitting/dining room on the ground floor.
A significant part of the house was re-roofed and the whole property rewired in 2014.

Glenseaton Lodge is situated about 3 miles to the north of Aberdeen city centre in the suburb of Bridge of Don. The house is conveniently positioned for public transport to the city centre. Bridge of Don provides supermarkets, schools, newsagents, banks and other shops, medical centre, churches, restaurants and public houses. The extensive Aberdeen Science and Technology Park is nearby. There is also a wide variety of nearby sporting and leisure facilities with the renowned Royal Aberdeen Golf Club, Aberdeen beach and Seaton Park. Historic Old Aberdeen with the University and St Machars Cathedral and its beautiful granite architecture and cobbled streets is on the opposite bank of the river and can be reached via the historic Brig 0’Balgownie which dates from about 1300.
Aberdeen, a cosmopolitan city with a population of 212,000, provides all the ancillary leisure, recreational, shopping, entertainment and cultural facilities one would expect of a vibrant city. Its status as the ‘Oil capital’ provides the city with an international airport and an ever-expanding range of domestic and European flights. There are also regular inter-city services from the city’s railway station.
The recently completed Aberdeen Western peripheral route is revolutionising traffic flow around the city. In 2019 the new 48,000m² aecc exhibition space is scheduled to be completed, to assist the city attract large and popular events.

A conservation area with an abundance of wildlife, the property is in a splendid rural setting some 3 miles from the city centre with four acres of garden encircled by a wide loop of the River Don.
From the front gates, a gravel drive leads to the south of the house with extensive parking. Lawns then frame the house, which are lined by spectacular rhododendrons and azaleas. They themselves have a backdrop of mature trees, including copper beech, monkey-puzzle sycamore and oak. Glenseaton Lodge sits in an outstanding location within the city, which is very private and secluded.
The River Don forms the western boundary whilst the former mill lade is to the east, which merges into the riverbank. The area is a haven for wildlife due to the secluded location, the mix of native species and the different habitats.
The fishings are owned by the Aberdeen Angling Association which can be joined by an initial joining fee and yearly subscription. This would entitle one to fish for salmon at the bottom of the garden.
In the grounds is a stone built garage under a tile roof, which is used for general storage with a loft space above 8.7m x 4.44m. Garage 2 was formerly the mill and part of the mill wheel is still in existence, 4.55m x 6.28m, and a garden shed 5.63m x 2.51m. There is also a former icehouse 5.47m x 2.2m and greenhouse 5.2m x 2.2m in the grounds. 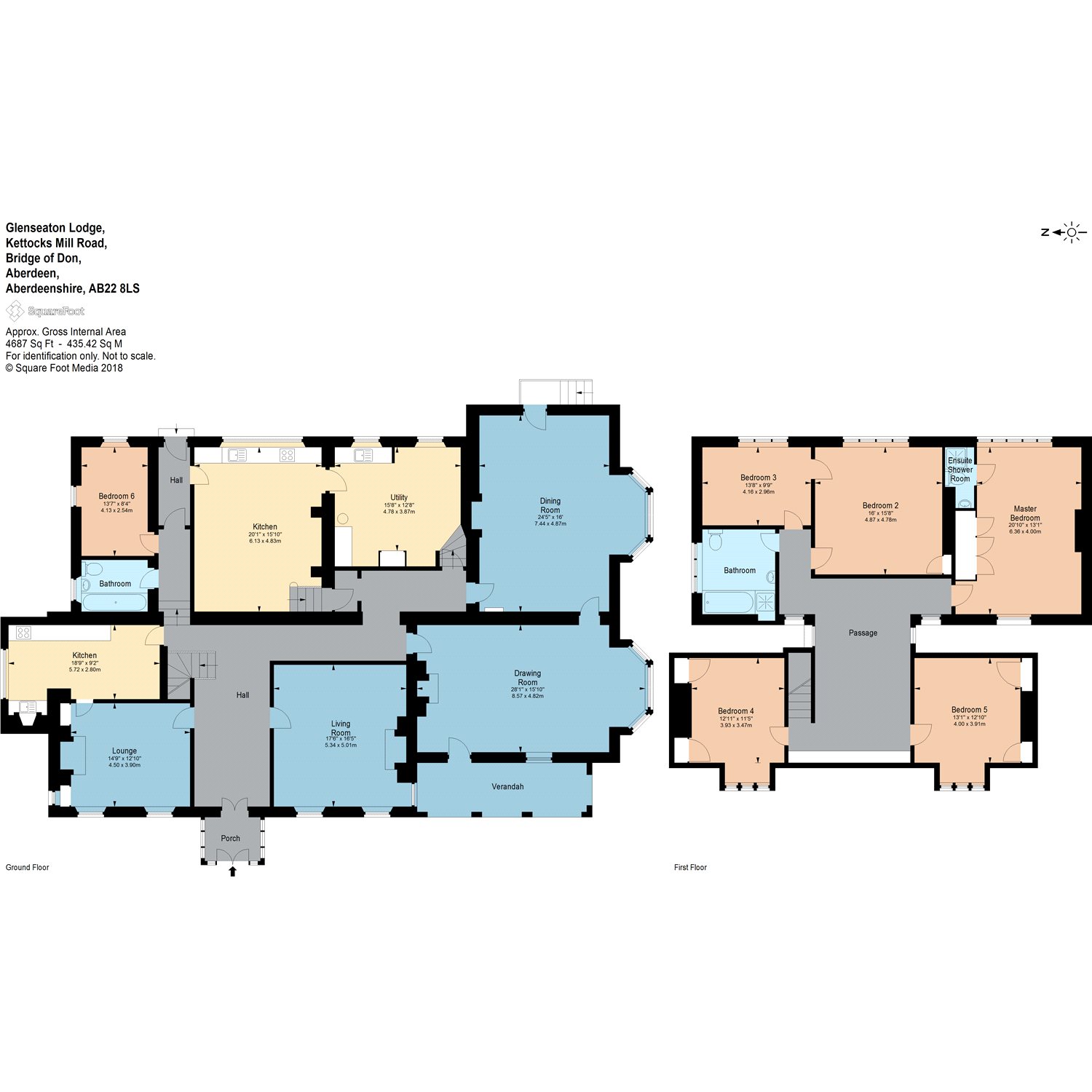 Property descriptions and related information displayed on this page, with the exclusion of Running Costs data, are marketing materials provided by Strutt & Parker - Perth, and do not constitute property particulars. Please contact Strutt & Parker - Perth for full details and further information. The Running Costs data displayed on this page are provided by PrimeLocation to give an indication of potential running costs based on various data sources. PrimeLocation does not warrant or accept any responsibility for the accuracy or completeness of the property descriptions, related information or Running Costs data provided here.

See all recent sales in AB22