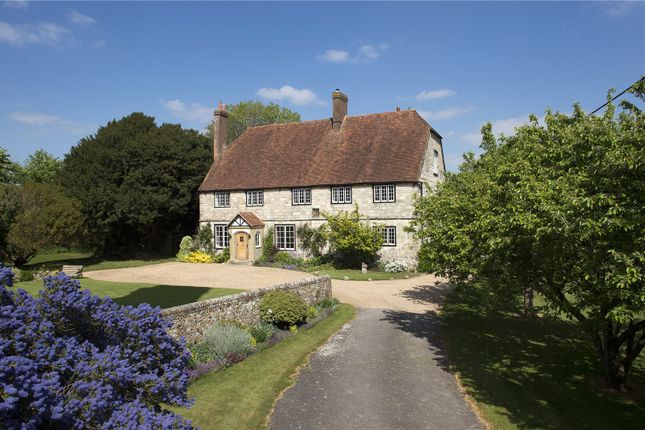 A unique and fascinating Listed country house with a rich history, past owners including Warwick the King Maker and Margaret Pole, Countess of Salisbury. The property lies in un-spoilt rural surroundings close to the shores of Langstone Harbour and surrounded by some 4 acres of gardens and grounds.

Despite its idyllic setting, Warblington Castle is nevertheless within a very short distance of Portsmouth and good rail links to London, not to mention the facilities of the pretty harbour-side town of Emsworth and the excellent sailing opportunities offered by this part of the south coast. The house as it can be seen today dates largely from the 17th century and is a handsome period house built of Caen stone set in gardens and grounds of some 4 acres. The property includes the ruins of the original fortified Tudor courtyard house, built for Margaret Pole, Countess of Salisbury, in the first half of the 16th century, although records of a manor on this site date back to the 1300's and perhaps earlier. In addition to the building itself what remains of the moat can still be seen in the surrounding grounds. The house has enormous character with beautiful exposed stonework, stone flagged floors and exposed beams. Generous hallways and landings lead to light and spacious rooms which despite the age of the house lend themselves easily to contemporary family living. In addition to the generous reception rooms there is a large kitchen/family room complete with open fireplace and large bay window looking out over the surrounding grounds. The practicalities of living in the country are well-catered for with a large boot room and utility room, whilst beneath the house there are extensive wine cellars.

The bedroom accommodation is equally impressive and arranged over first and second floors, totaling some seven bedrooms, two shower rooms and bathroom. The second floor with its vaulted ceilings and particularly large rooms could lend itself to creating an apartment for guests or extended family members if required.

A long driveway approaches the house from the west. At the foot of the tower are situated two stone-built garages providing secure parking and storage. A gravelled approach and parking area lies immediately to the west and south of the house itself. The gardens to the west of the house lie around the footprint of the tower. A central lawn has well-stocked herbaceous borders planted around the remains of the original castle layout where evidence of the drawbridge and castle apartments can be found. To the south of the driveway lies a productive orchard of pear and apple trees. To the east a terrace enclosed by an ornamental balustrade has steps leading down to the lawn and the nearby swimming pool with its adjacent stone-built pool house. This provides an ideal space for entertaining with a south-facing sitting room and pergola covered terrace. Behind the pool house lie several stone outbuildings including tractor and garden stores. Beyond the pool can be seen an impressive traditional Sussex granary set on staddle stones and measuring approximately 17' x 13'. To the east of this lies further lawned garden and a productive vegetable garden with soft fruits and further fruit trees including damsons, greengages, apples and pears.

Historic Note: Although the original castle is said to have been built in the mid-14th century, it is likely there was already an existing manor house on the site which was subsequently fortified. In the 15th century the castle was owned by the 16th Earl of Warwick, Richard Neville, famously known as the King Maker for his role in the War of the Roses. After his death, the property passed into the hands of the 17th Earl of Warwick, Edward Plantagenet, who was subsequently executed by Henry VII following the latter’s victory at Bosworth Field, after which the Manor was confiscated by the Crown. Edward's sister, Margaret, later married Richard Pole who became a Knight of the Garter and Margaret became a confidante of Catherine of Aragon. After Catherine's marriage to Henry VIII, Margaret's fortunes prospered and she was granted a title in her own right, Countess of Salisbury, with Warblington Castle and the family's lands being returned to her. It was Margaret who set about building a newly fortified manor house and moat, the remains of which can still be seen in the grounds today. Margaret was a devout Catholic and her son Reginald, who later became Archbishop of Canterbury under Mary I, became a very public opponent to Henry's marriage to Anne Boleyn. The subsequent turmoil of the reformation and Margaret's Catholicism later caused her to be accused of treason. Yet again Warblington Castle was confiscated by the Crown and Margaret was imprisoned in the tower for some years before being executed at the age of 67 in 1541.

The property was then granted to Sir Richard Cotton and as the family was loyal to the Crown it stayed with them until the political upheaval of the Civil War. The Cotton family were Royalists and this ultimately resulted in the manor being demolished by Parliamentarian forces although one turret of the gate house was left, apparently to aid navigation for ships in Langstone Channel. Today the tower, part of the gate and drawbridge support still survive and are Listed Grade II*, also scheduled as an Ancient Monument.

This small historic hamlet lies in open farmland on the northern shores of Emsworth Channel. The immediate area is predominantly rural with its farm, parish church and Warblington Castle being the principal landmarks. Nevertheless the shopping centres of both Havant and the pretty harbour-side towns of Emsworth are nearby with the former providing a convenient rail link to London Waterloo and other towns across the south coast.

The area is particularly popular with sailors with access from Emsworth and Langstone harbours to the waters of The Solent. There are further sailing clubs available in Emsworth and Bosham. Whilst sailing is the predominant pastime in the area, there are golf courses at Hayling Island and Rowland's Castle and the rich countryside of the South Downs National Park to the north provides many opportunities for walking and riding. Goodwood near Chichester is internationally known for its horse racing, the annual Festival of Speed and the September Revival meeting at its historic motor circuit.

The A3M provides good vehicle access to London whilst the M27 provides access to Southampton Airport and the west. 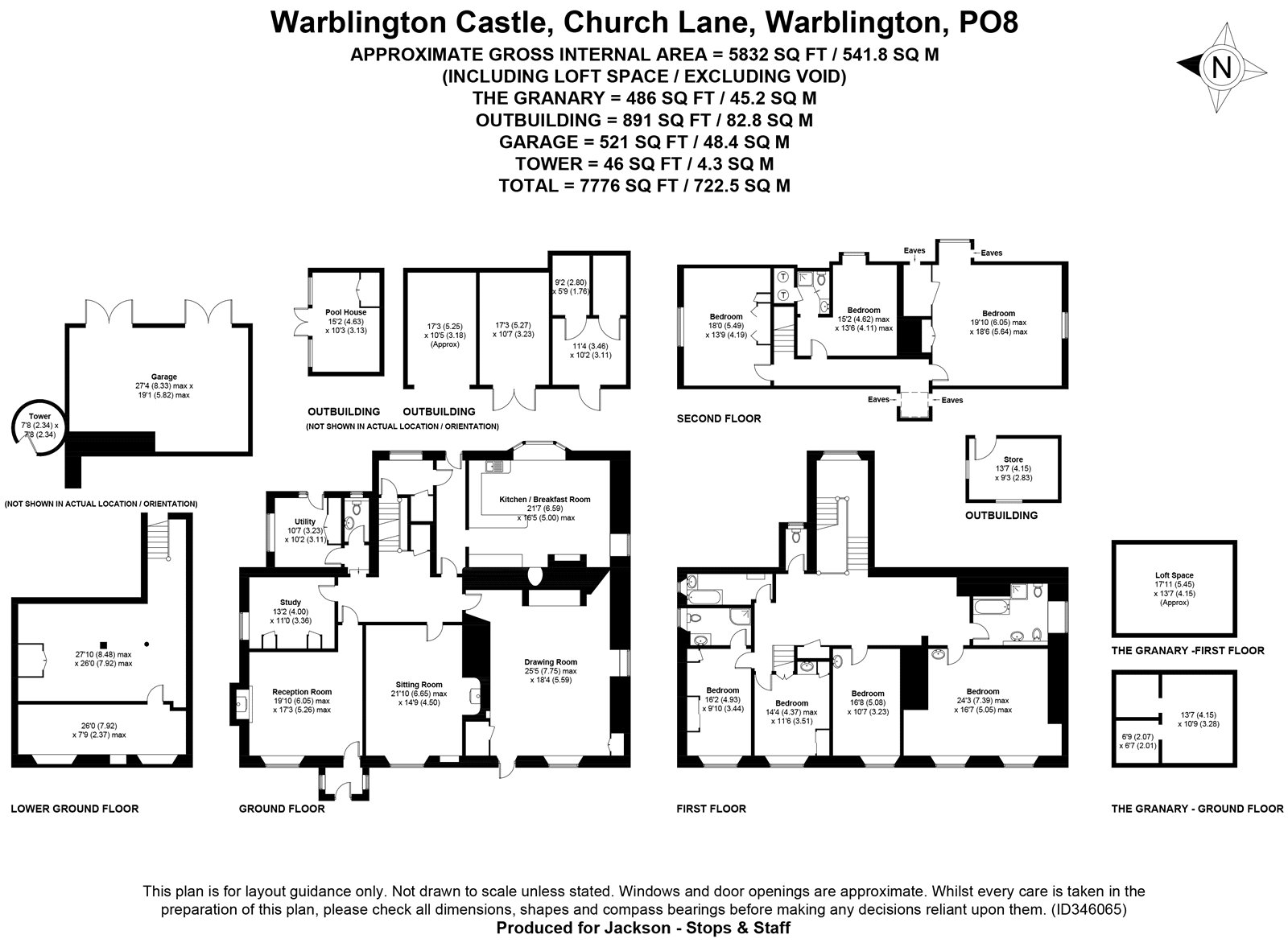 Property descriptions and related information displayed on this page, with the exclusion of Running Costs data, are marketing materials provided by Jackson-Stops - Chichester, and do not constitute property particulars. Please contact Jackson-Stops - Chichester for full details and further information. The Running Costs data displayed on this page are provided by PrimeLocation to give an indication of potential running costs based on various data sources. PrimeLocation does not warrant or accept any responsibility for the accuracy or completeness of the property descriptions, related information or Running Costs data provided here.

See all recent sales in PO9