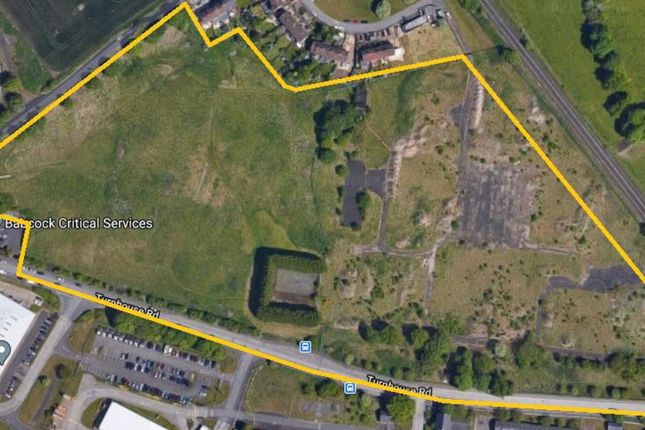 AirWest extends to approximately 7.56 hectares (18.68 acres). The site is roughly triangular, bordered by Turnhouse Road to the south and an operational Railway line leading from Haymarket Station to the north east. Lennymuir a public roadway forms the north west boundary. Access to the site is available via the main entrance on Turnhouse Road. The site has been masterplanned for a development of up to 205,000 sq ft (19,830 sq m) comprising 7 industrial units with 190 car parking spaces and substantial servicing/yard areas. Falling under use classes 4,5 & 6 use, there is a restricted user clause for activities directly associated with airport operations. The Planning Application Reference is 09/00302/ful. This scheme was granted planning permission in November 2010.

Airwest occupies a strategic location immediately adjacent to Edinburgh Airport’s cargo terminal. The airport boasted 14.7 million passengers in 2019, whilst Edinburgh is also the 6th most active airport in the UK. The cargo terminal has also seen consistent year on year growth in its freight business, with circa 62,300 tonnes of cargo in 2018. AirWest is conveniently situated just north of the A8 and is accessed via Turnhouse Road from the Maybury Junction. This central location allows swift access to Edinburgh City Centre, Edinburgh City Bypass and the Newbridge Interchange, from which the M8 (Glasgow), M9 (Stirling), M90/A90 (Dundee, Aberdeen) and M73/M74 are easily accessible. The site was previously used as an RAF facility, and was decommissioned in 1995. The site is currently clear of buildings, and is mostly open grassland, with some areas of old tarmac visible, the site also includes a section of Turnhouse Road.

Property descriptions and related information displayed on this page, with the exclusion of Running Costs data, are marketing materials provided by Fortus Midlands Limited, and do not constitute property particulars. Please contact Fortus Midlands Limited for full details and further information. The Running Costs data displayed on this page are provided by PrimeLocation to give an indication of potential running costs based on various data sources. PrimeLocation does not warrant or accept any responsibility for the accuracy or completeness of the property descriptions, related information or Running Costs data provided here.