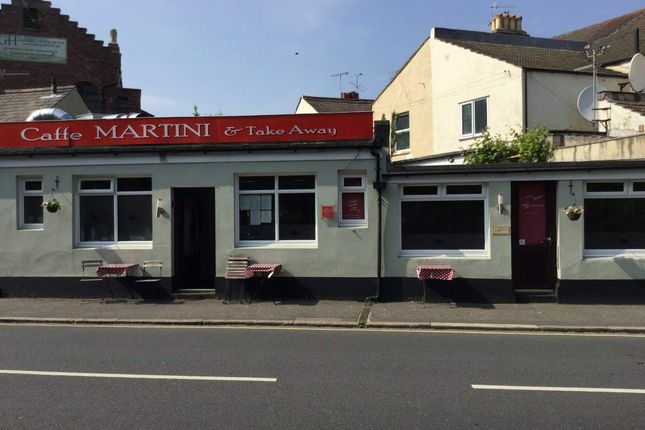 Cafe Martini & Takeaway has been managed by the current owner for 3 years but has been a cafe for 60 years, due to the longevity of the business, they have a very loyal customer base with 60% of their business being repeat customers from the local area with the other 40% coming from passing trade due to their prominent position.

Customers can also benefit from convenient street parking close to the restaurant.

The business specialises in Mediterranean cuisine, Cafe Martini & Takeaway offers dishes such as,

They also hold an alcohol licence which allows them to serve alcoholic beverages from 11.00 am to 11.00 pm.

• New advertising and marketing campaign,
• maximise the use of social media,
• Extend the opening hours to include evenings,
• Explore online discounters such as Wowcher and Groupon.

Location
Cafe Martini & Takeaway is located along Terminus Road in Bexhill, the premises is situated on a busy road which allows excellent visibility to passing traffic.

Bexhill is a seaside town situated in the county of East Sussex.

The town is served by the coastal railway line between Ashford and Brighton and has three railway stations, including Cooden Beach, Collington, and Bexhill. Regular trains run to Brighton, Ashford and London. Bexhill is served by 13 bus routes including school routes which serve the surrounding areas like Hastings, Battle, Conquest Hospital and Eastbourne.

Premises
The business is spread over a single ground floor area with one entrance/exit.

As you enter the premises you are greeted with the counter which houses,

• Coffee maker
• Double drinks chiller
• Till system
• At the front of the counter is a black board displaying all the beverages on offer.

The right hand side of the counter is seating for approximately 30 which consists of,

To the right-hand side of the counter is the customer toilet facilities then further to the right is a doorway which leads to the kitchen area.

Tenure
We are advised that Cafe Martini & Takeaway is being offered a Leasehold business with 9 years remaining from the original 12 years.

Lease and the rent is £9,600 per annum which is very reasonable given the size of the premises.

We are advised that there are no business rates currently payable.

Staff
The business is managed by 2 full-time and 1 part-time members of staff.

Property descriptions and related information displayed on this page, with the exclusion of Running Costs data, are marketing materials provided by Hilton Smythe Commercial, and do not constitute property particulars. Please contact Hilton Smythe Commercial for full details and further information. The Running Costs data displayed on this page are provided by PrimeLocation to give an indication of potential running costs based on various data sources. PrimeLocation does not warrant or accept any responsibility for the accuracy or completeness of the property descriptions, related information or Running Costs data provided here.