The Dig: 8 homes for sale by ancient treasures

Netflix's movie about the Sutton Hoo dig has led to a surge in interest for ancient treasures. Discover more homes near sites of historical importance.

New Netflix movie, The Dig, tells the story of the 1939 excavation of an Anglo Saxon ship burial at Sutton Hoo, and the remarkable treasures uncovered by amateur archaeologist Basil Brown.

The artefacts retrieved from the buried ship are now in the British Museum, having been donated by Edith Pretty, herself an amateur archaeologist, who bought the Sutton Hoo estate partly because of four unusual mounds on the land - one of which contained the ship.

By coincidence, the film arrived on our screens the same week excavators in Northamptonshire announced the discovery of a new haul of goods exhumed from an Anglo-Saxon cemetery.

When we’re mostly confined to our homes and gardens, some of us might choose to turn amateur, and see what secrets the soil beneath us might hold. We’ve done some digging and discovered more properties for sale in locations of known archaeological importance.

Here’s what we uncovered: 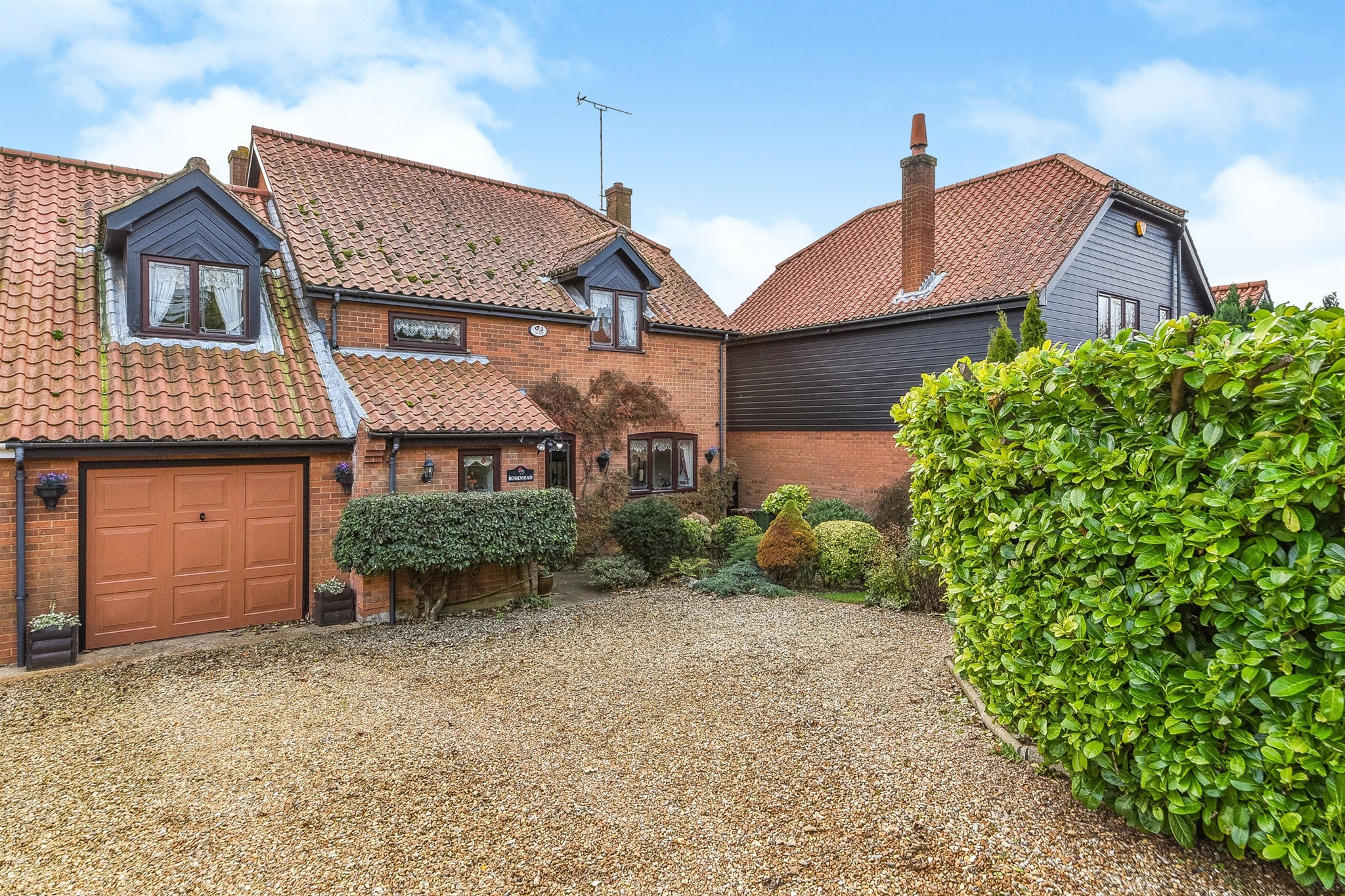 This lovely family house is located in Sedgeford, just south of Hunstanton. Set within the Norfolk Coast Area of Outstanding Natural Beauty, the village lies in a fertile valley of the belt of chalk covering this area, with a small river running through it.

The Sedgeford Historical and Archaeological Research Project was established in 1996 to reconstruct the story of human settlement in the parish. This ongoing project is one of the largest independent archaeological projects in Britain and is firmly rooted in the local community, so there are plenty of opportunities to get involved if you’re planning to move to the area. 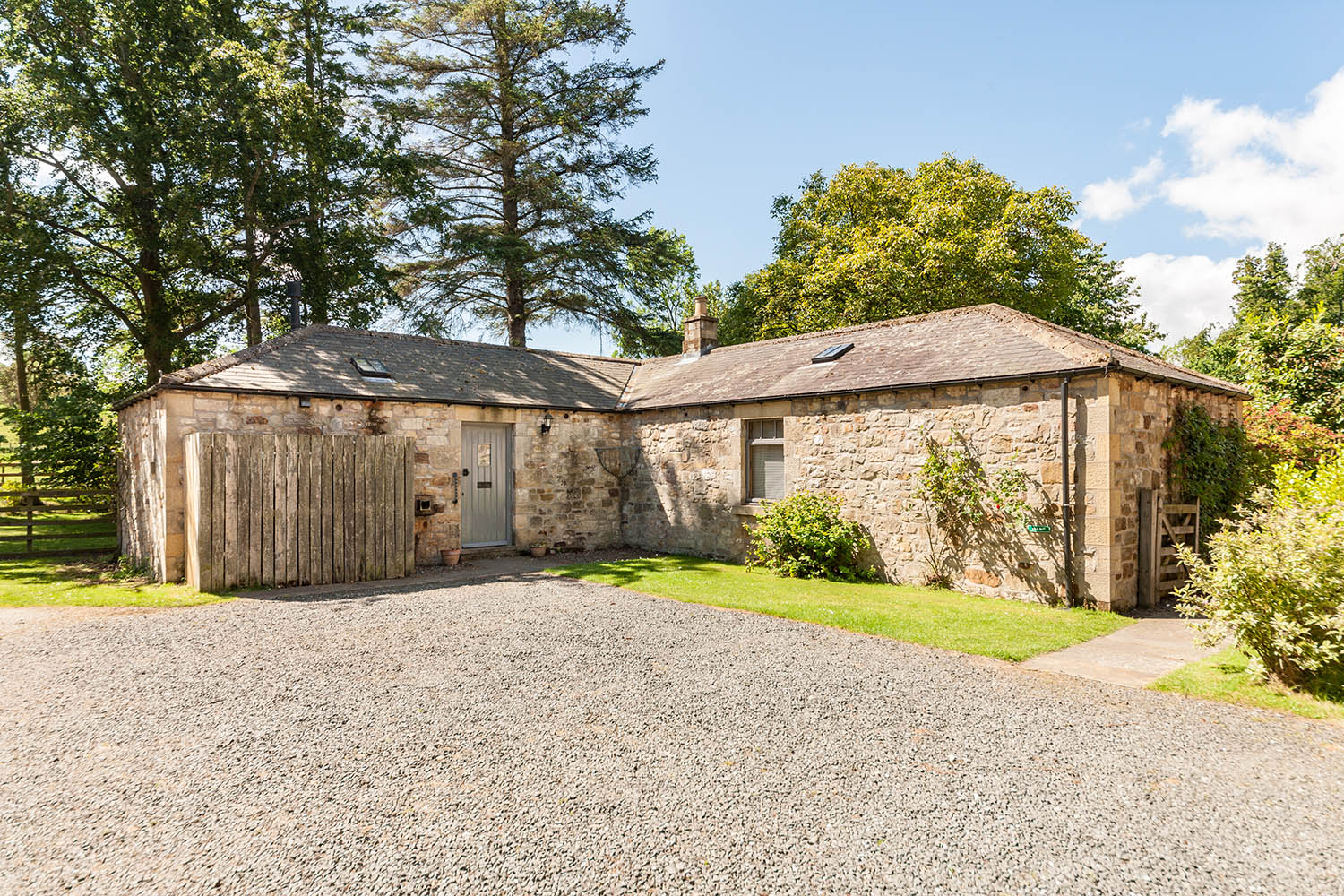 Bluebell Byre is a lovely cottage with outstanding views thanks to its location in the magnificent Northumberland National Park.

The area is rich in history, with famous castles and the Holy Island of Lindisfarne, a tidal island off the northeast coast of England, nearby.

Bluebell Byre is set within the foothills of what is reputedly one of the most important archaeological landscapes in the country, with vast open moorland and tumbling waterfalls. 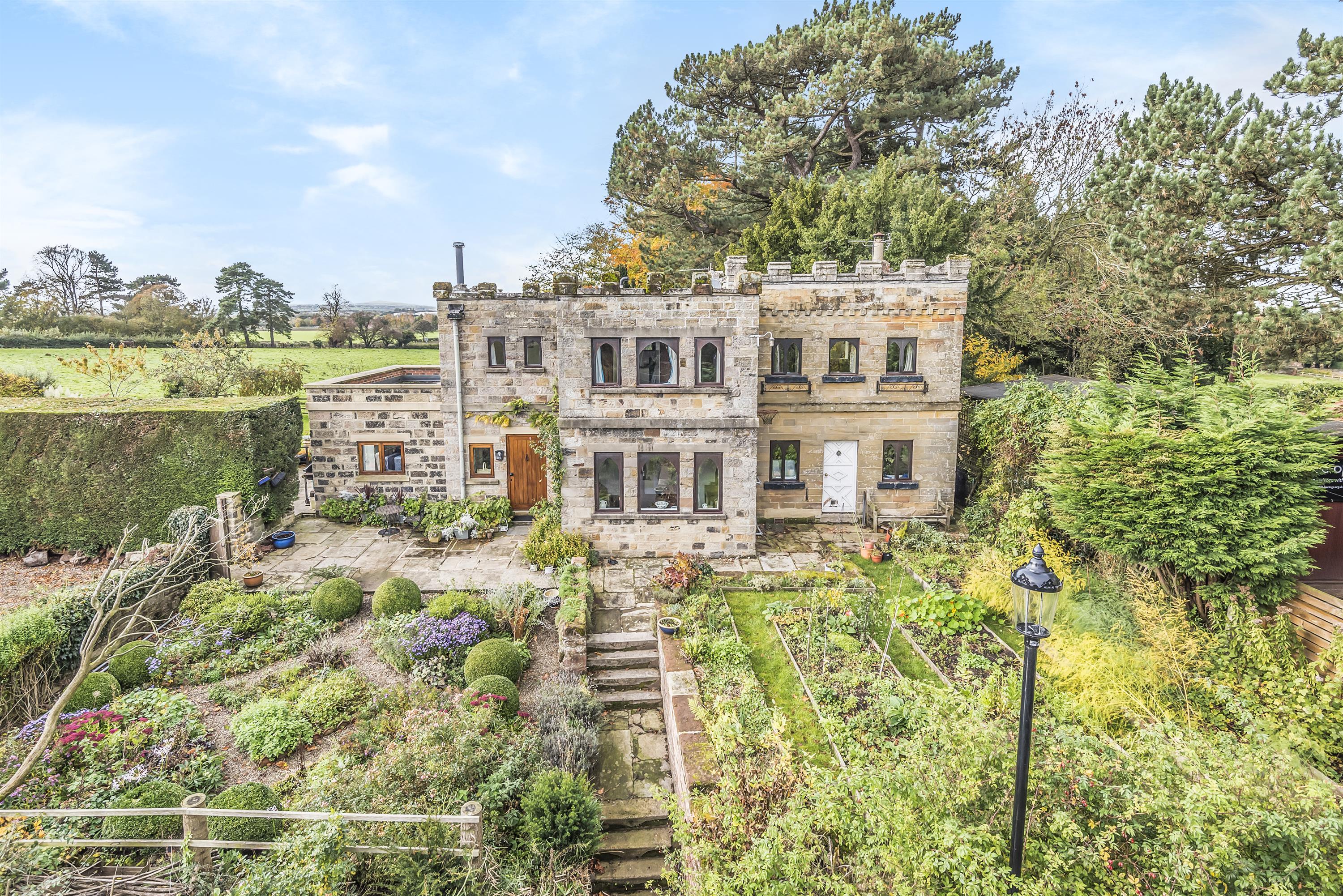 The oldest part of this beautiful family home was built as a folly to view the early excavations of the Roman city of York, and as a museum to house the archaeological finds that were extracted.

Over the years it has been extended and transformed. The building sits in an elevated position offering views to the east from the first floor bedroom. It has mature gardens with fruit trees and an established asparagus bed, so it’s not just history you’ll be able to dig up. 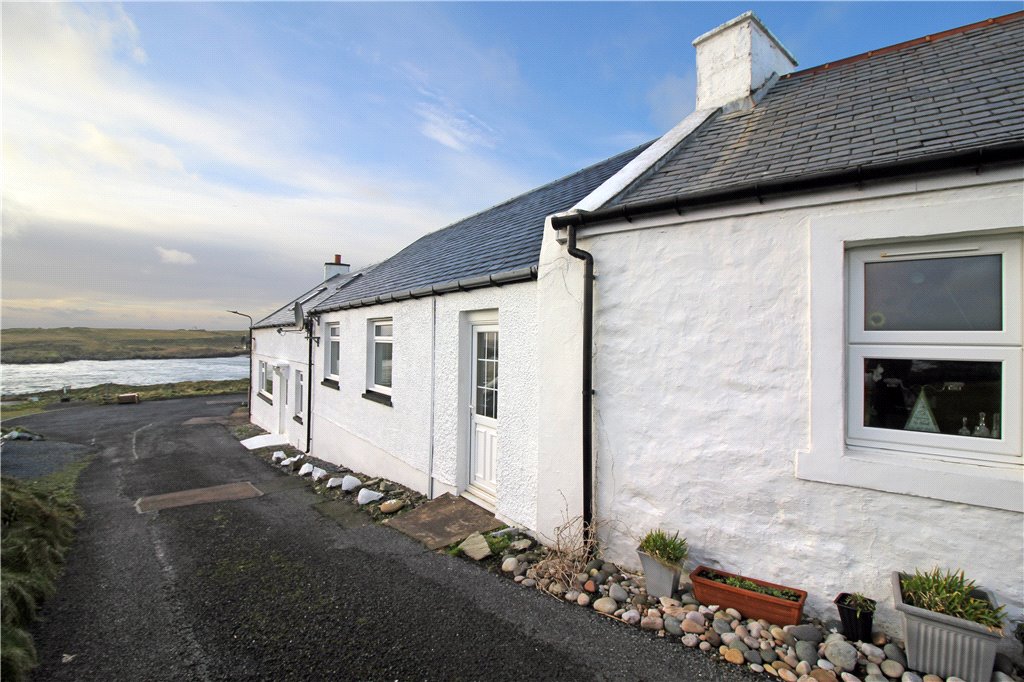 This pretty mid-terraced cottage offers breathtaking uninterrupted views across the sea to Ireland and the Isle of Orsay.

Islay is steeped in ancient history and the island has a varied and interesting range of archaeological sites covering the Neolithic, Bronze and Iron Age periods, as well as more recent examples of human settlement. Islay is the most southerly of the Hebridean islands and benefits from mild climates created by the Gulf Stream. 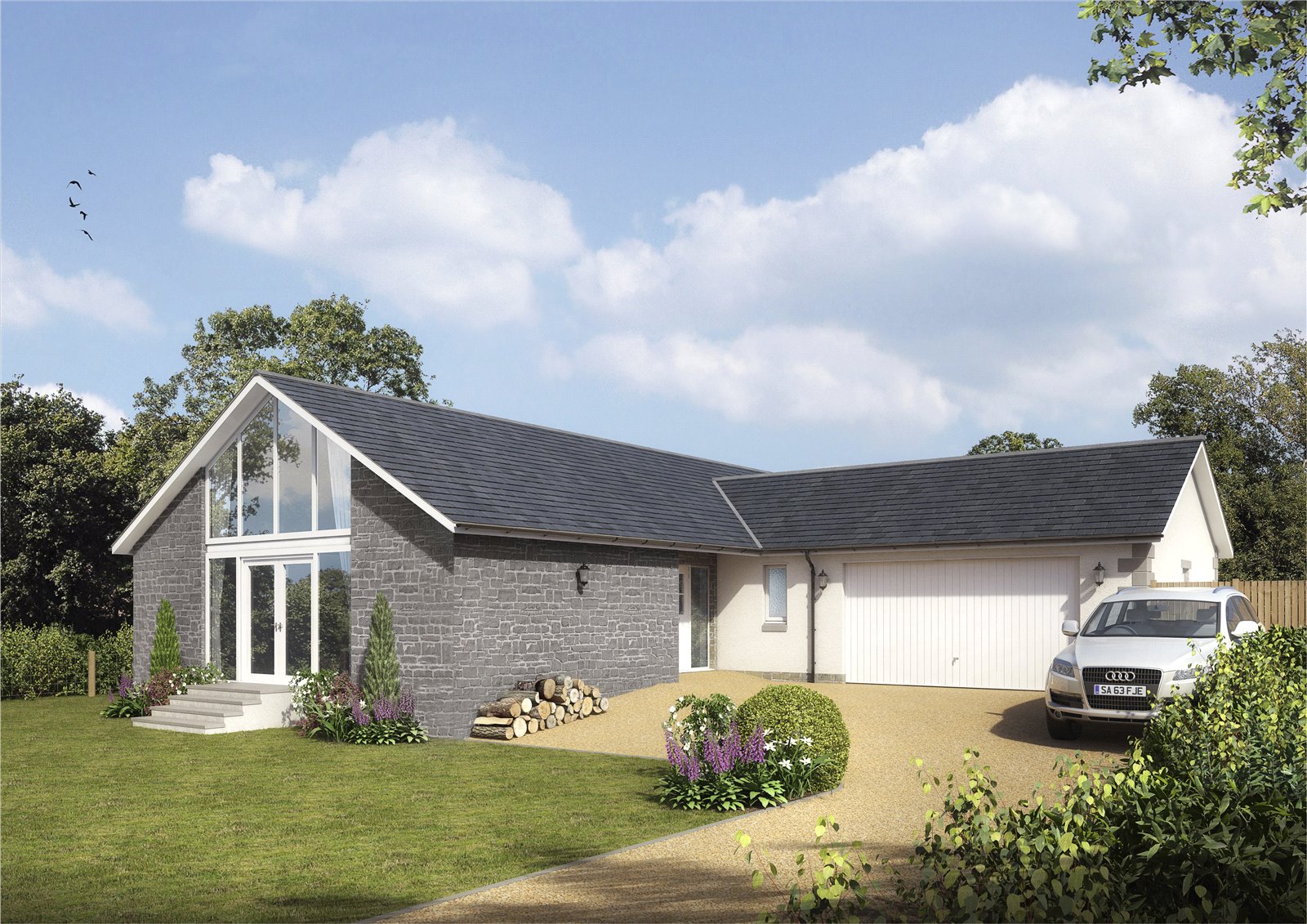 This new-build is part of a new development in the hamlet of Finavon, located between Forfar and Brechin in Angus. There is more history in this stretch of earth than you can shake a trowel at, with Finavon hillfort, the 16th century ruins of Finavon Castle, the Pictish Aberlemno standing stones and Glamis Castle all nearby.

The house is surrounded by vast grounds, with the tranquil waters of Lemmo Burn coursing through the northern side of the land for added scenic beauty. 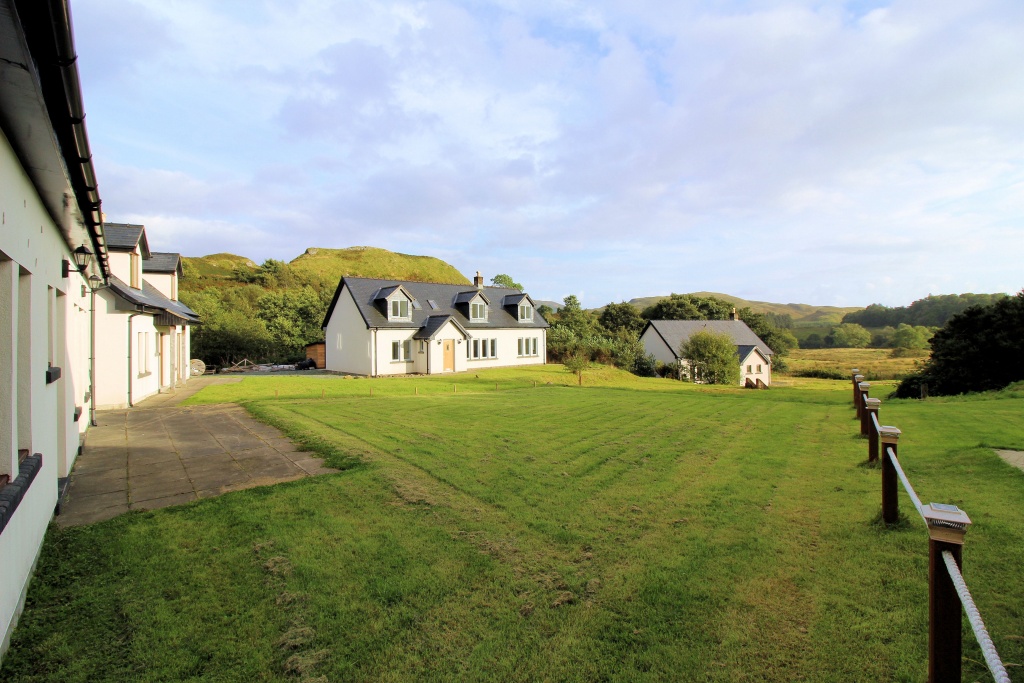 This home was built a decade ago but has never been lived in. There are several significant standing stones in the area, but the three most notable are in the field next to the house.

The area is rich in archaeology, thanks to its historic status as the capital of the ancient Celtic kingdom Dál Riata. The rocky landscape between Lochgilphead and Kilmartin is Dunadd, where Celtic Kings were once anointed. Forts, rock arts, stone circles and ritual sites have all been uncovered here. 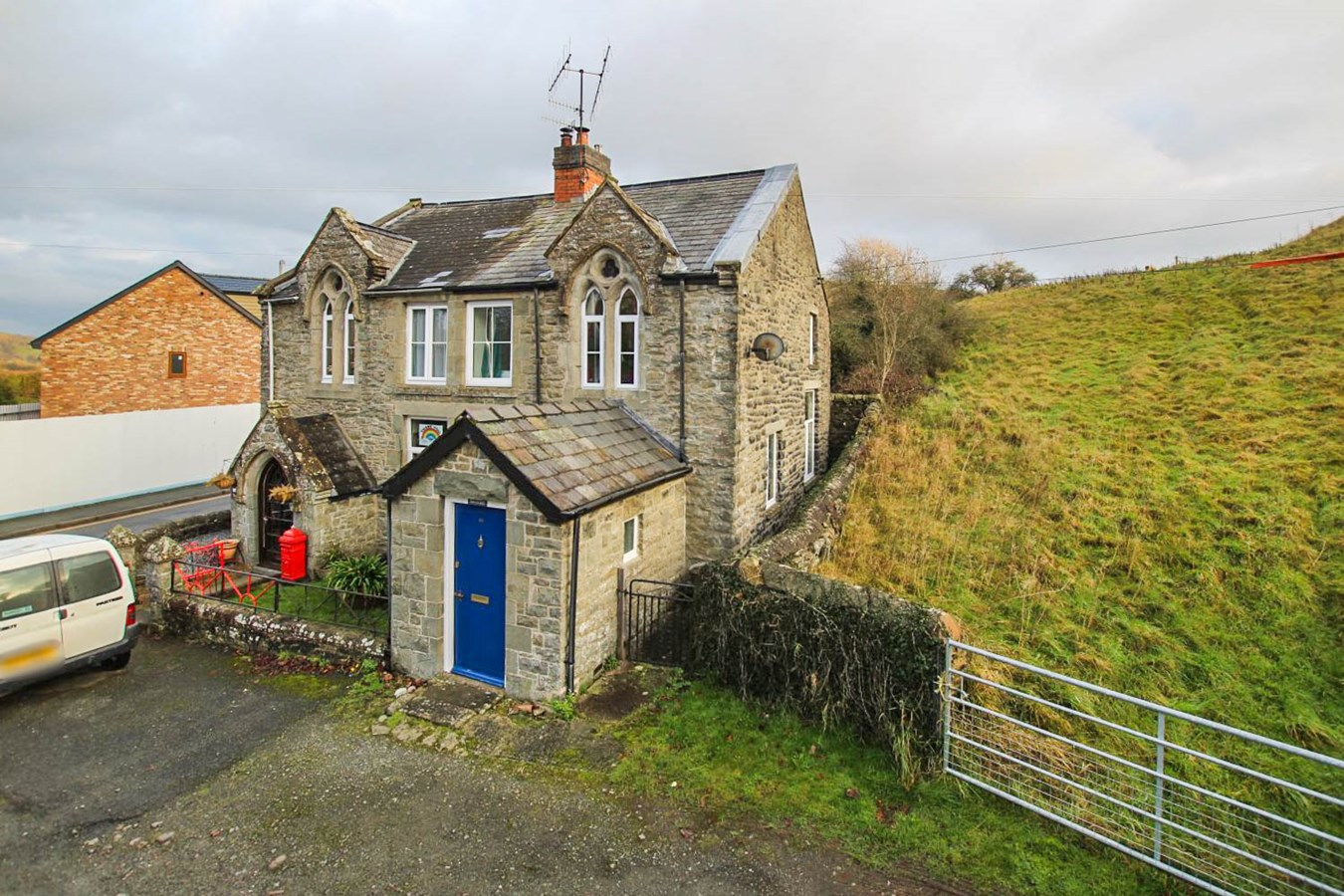 This family home is situated in the shadow of what was once Builth Castle. The castle dates back to 1277, the first fortress to be built by King Edward I in Wales. It was an impressive stone-built castle but sadly the masonry has been removed and all that remains today are the mounds on which it stood, alongside the ditches and embankments.

During the reign of Henry VIII, the castle burnt down and the ruins were subsequently raided by the local population (hence you can find examples of the stone work in many local houses). Who knows, perhaps some of the stones in this home were originally part of the castle? The mound would certainly offer excavation potential if permission were granted to archaeologists. 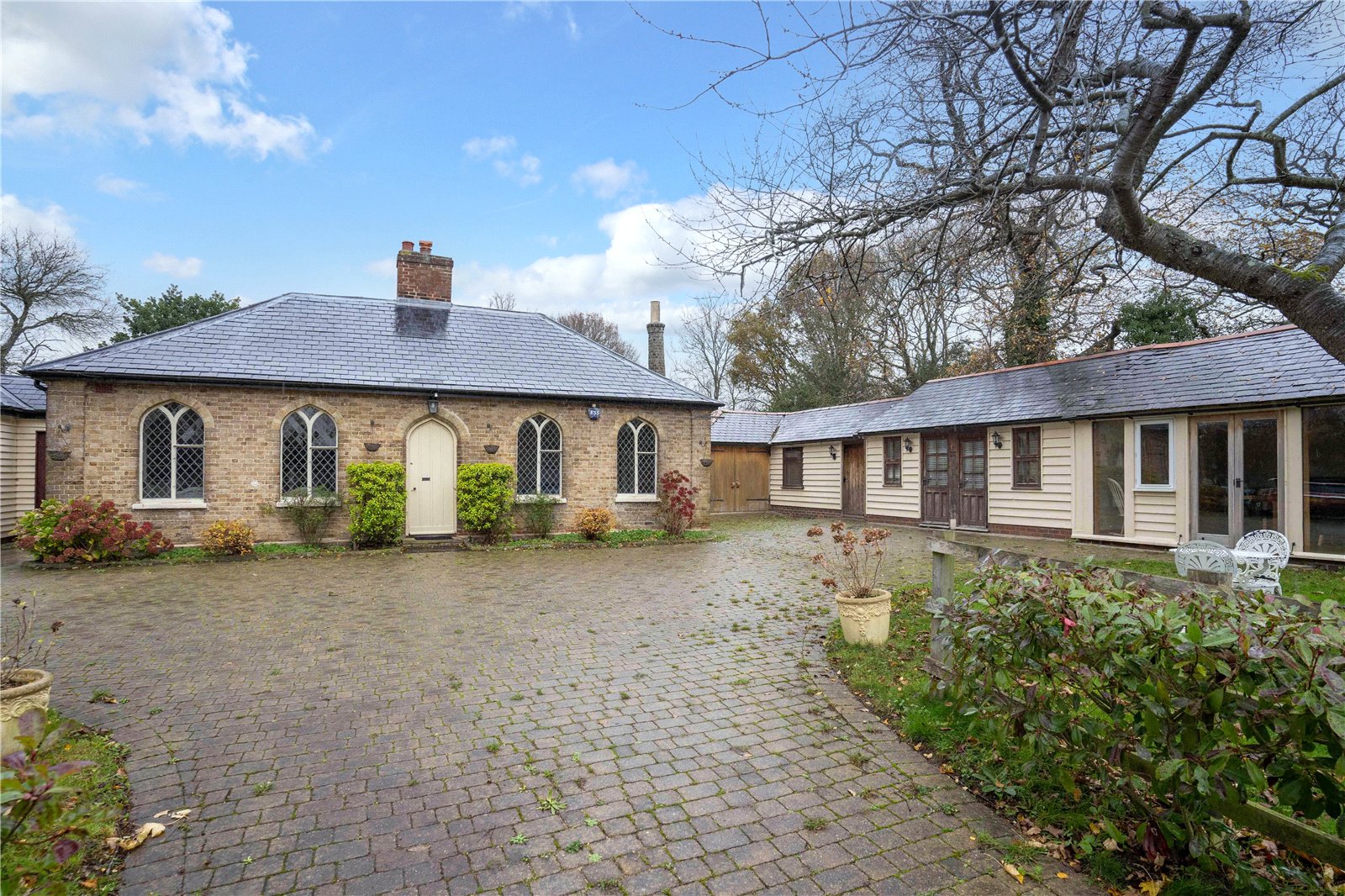 This home provides easy access to London but in a historic, rural location. The property is based in the hamlet of Greensted, just outside Ongar, a historical town with a notable Castle Mound and much of the original moat.

Greensted means green place, ‘sted’ being the Anglo-Saxon language word for place. Greensted is located at the edge of the area once known as the Danelaw, so it’s possible that both Anglo Saxon and Viking archaeology could be found here. It is surrounded by the dense woodlands of Epping Forest and the Ongar Road was also mentioned in The Canterbury Tales.

How to search for homes on Zoopla

Register with Zoopla to get instant email alerts for your preferred types of property - you can save as many searches as you want.

We've got a range of handy tools to help you find exactly what you want. Take our Advanced Search tool - it allows you to find homes with specific features, such as 'thatched roof' or 'bifold doors'.

And if you need any help decoding property jargon, don't forget to check out our jargon-buster.

The information and data in this article was correct at the time of publishing and every attempt is made to ensure its accuracy. However, it may now be out of date or superseded. Zoopla Ltd and its group companies make no representation or warranty of any kind regarding the content of this article and accept no responsibility or liability for any decisions made by the reader based on the information and/or data shown here.