10 most popular detached homes on PrimeLocation

If you don’t want your neighbours too close for comfort, these properties - ranging from £495k to a staggering £30m - provide all the privacy you need. 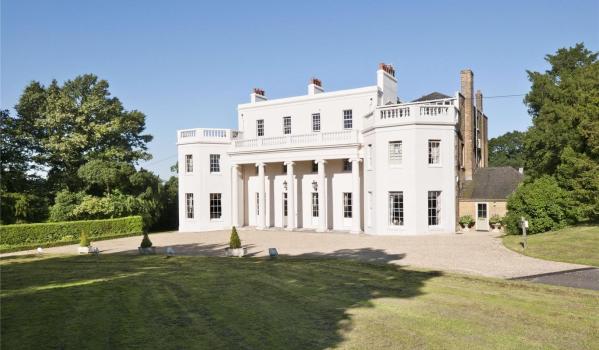 There’s no chance you’ll be inconvenienced by noisy neighbours in this grand Essex estate. Set in grounds of almost 68 acres, Nazing Park House is a Grade II-listed 18th Century home that has been tastefully restored over the past few years yet still contains many of its original features. There’s also a coach house with two additional bedrooms as well as a spacious studio. 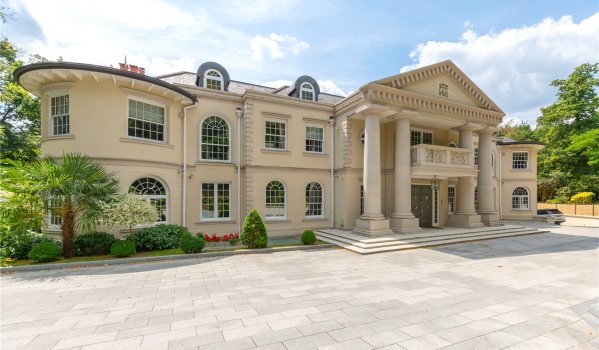 No expense has been spared on this luxurious mansion, which boasts everything from a nickel-plated brass grand staircase to marble flooring and a bespoke kitchen. You won’t need to worry about gym membership either, as there’s an impressive leisure suite that includes a heated swimming pool, Jacuzzi, steam room and an air-conditioned gymnasium. 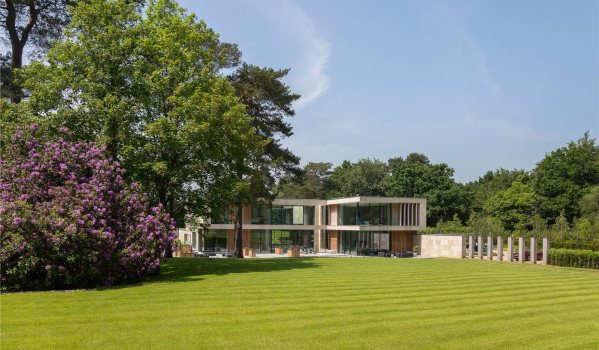 This stunning contemporary home can be found on the prestigious Wentworth Estate, but unlike most other housing estates, it’s nestled in five acres of grounds. The three-storey home was built using natural materials and kitted out with an intelligent home automation system used to control temperature, music, lighting and electronic blinds. 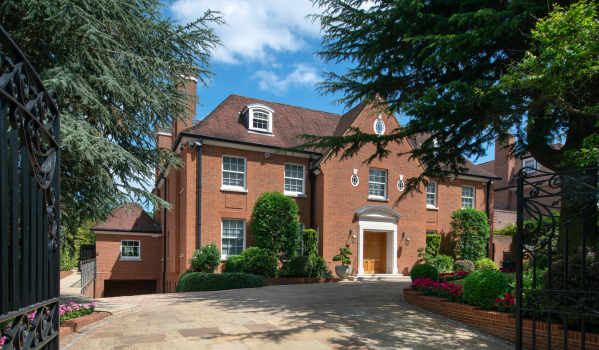 Just moments away from Hampstead Heath is this imposing red-brick mansion packed full of luxuries. The new owner will be able to take advantage of eight bedrooms with ensuite bathrooms, a passenger lift, gym, swimming pool, games room, staff accommodation and an underground garage with parking for 10 cars. 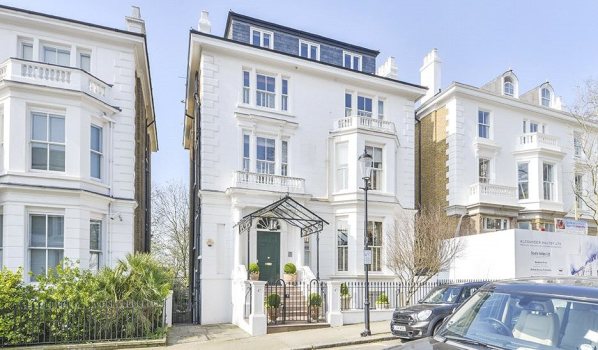 With a price-tag of a whopping £30m, you’ll need deep pockets if this detached home in well-heeled Kensington takes your fancy. The five-storey property comes with the perks of off-street parking and a beautiful south-west facing garden that backs on to Holland Park. There’s plenty of character features as well, with ornate fireplaces, wood panelling and exposed beams still in place. 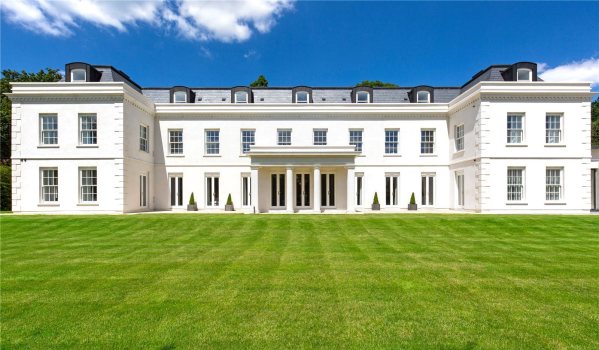 Palatial Cadogan House is a classically designed modern home at the end of a private road on the Wentworth Estate, so you’ll have plenty of peace and quiet. Among the high-end fixtures and fitting you’ll find a crystal chandelier from Soho House, hand painted wallpapers and a bespoke timber staircase with cast iron balusters imported from France. 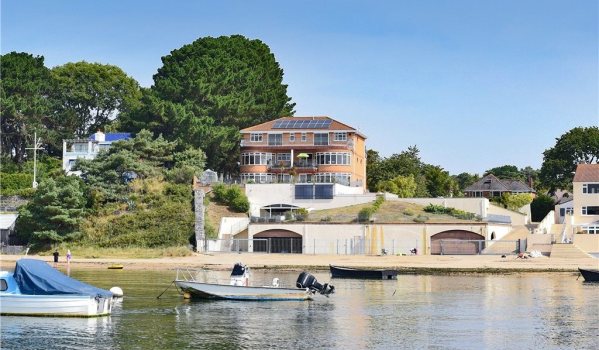 You’ll be hard pressed to find a detached home with more spectacular vistas than this one in Hamworthy, which offers panoramic sea views towards Poole Harbour, Brownsea Island and Arne. There’s direct gated access from the garden to the sandy beach, while sailing enthusiasts will love the boat house and private slipway. 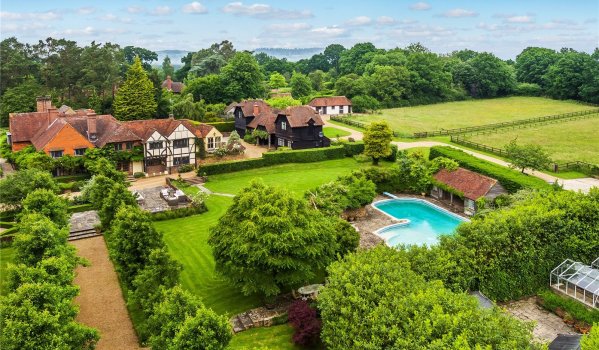 Barnfield is a small country estate of around 50 acres that is believed to date back to the 16th Century. It’s surrounded by immaculately maintained gardens, mature woodlands and fenced paddocks. Along with the 19th Century main house there’s also two secondary cottages, an outbuilding containing and gym and games room and equestrian facilities. 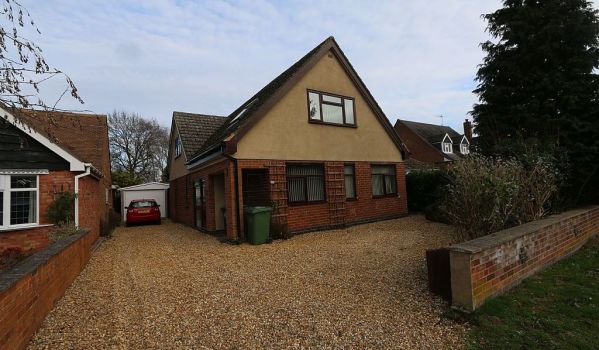 This detached home may look familiar, as it featured in classic BBC sitcom Keeping Up Appearances, where it was home to Hyacinth Bucket’s neighbours Elizabeth and Emmet. From the outside, the house looks similar to when it appeared on the show. And while the inside wasn’t used for filming, it’s been modernised to such a high standard, even Hyacinth would have approved. 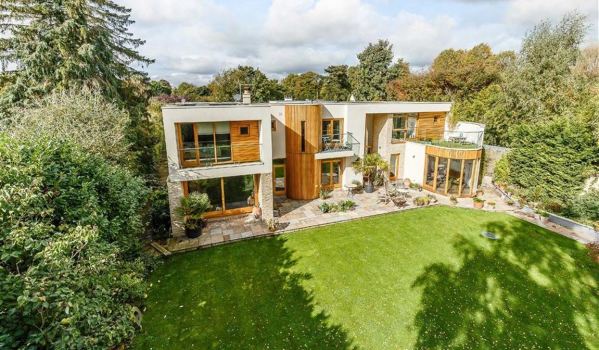 Family living doesn’t get better than this sleek property in a sought-after village conservation area. It was built in 2011 and designed with large windows to capture light and bring the landscaped garden into the home. There’s also a self-contained annexe that would make it perfect for multi-generational living.

Available via West - The Property Consultancy

Which of the above properties could you see yourself living in? Tell us by posting a comment below...